We know that, above all, inexpensive clothing cannot have been manufactured under fair conditions. Nevertheless, we buy cheap clothes. why?

The media repeatedly reported about the catastrophic working conditions of Asian textile workers: above all the collapse of the Rana Plaza building in Bangladesh, In which 1,138 people died, the responsibility of the textile trade came into the limelight and mobilized unions, politics and consumers.

But why are we still buying cheap clothes, if we do know that they are made under catastrophic conditions? Why don’t we actually change our consumer behavior? Yes why actually?

terre des hommes stands up for the textile workers. Please support us. 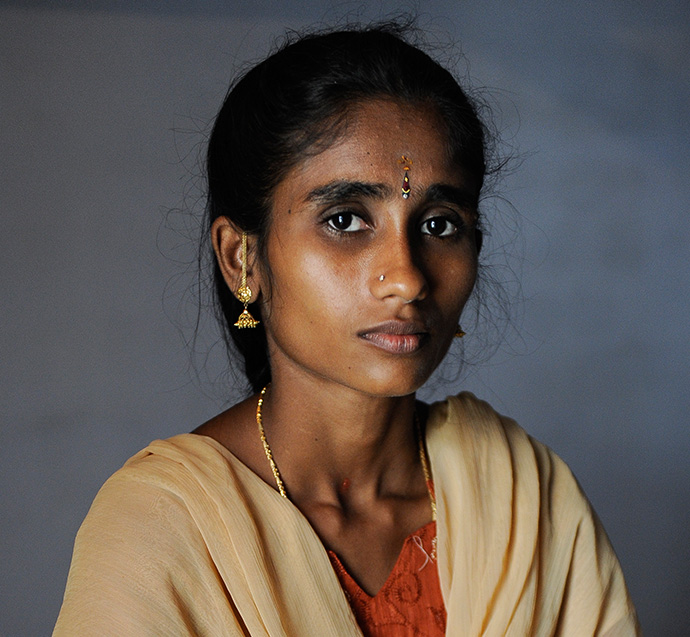 The word "Sumangali" means in Tamil "Happy bride": The high bride price that has to be paid to the husband’s family when married in India forces many parents to send their daughters to the factories to earn money.

traffickers take advantage of the precarious situation of poor families: they move across the villages and look specifically for these girls – in order to promise them good work with food and accommodation. The girls’ parents are often persuaded until they consent to the inhumane Sumangali contract.

For the girls it starts one years of torture. In the factories they are practically without rights. You have to work 12 to 16 hours a day, 24-hour shifts are also common. They often injure themselves on the machines. Again and again they are insulted, beaten and sexually harassed by the guards.

The workers live locked up on the factory premises. In dark barracks they sleep tightly on the bare floor. Even the promised wage, which is far below the Indian minimum wage, most are cheated. The girls have little contact with their parents. Some try to escape from the factories every day. Some of the girls see Suicide as the only way out.

The girls who are exposed to slave labor in the factories, need protection. terre des hommes campaigns for these girls! Please support us. With your donation. 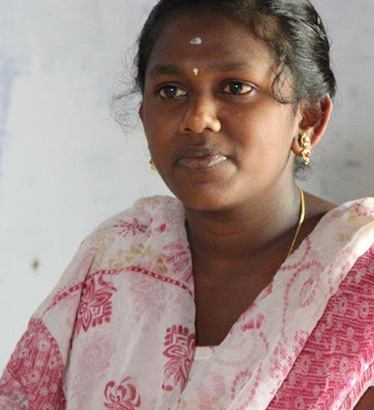 The food we workers received was bad, sometimes even rotten and spoiled. There were no fans in the halls, it was much too hot and stuffy. We were insulted and beaten by the guards. We lived as prisoners and were never allowed to contradict.

How is forced labor created??

Almost all children in Forced labor and slavery come from poor families. The level of education is low, also because the children go to work instead of going to school. This does not happen voluntarily: the additional income of the children ensures the survival of the family. In India, the caste system and discrimination against girls also make access to education and income more difficult.

On 10 million the International Labor Organization (ILO) estimates the number of children worldwide who are working slaves, forced prostitutes or in private Households are abused and exploited. These numbers hide unimaginable suffering, day after day.

Girls who collapsed from exhaustion in textile factories or who, as housemaids, were abused by their "masters", pregnant and thrown into the street. As different as the stories are, children are in slavery at the mercy of others.

These children need our protection

Each year frees terre des hommes Tens of thousands of children worldwide from forced labor. Our project partners advise children, bring them to school, provide their training and assert their right to state aid.