The president has not yet decided whether the income tax should be increased. 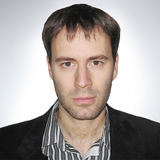 Moscow The elections are over, now it’s time to get down to business: The Russian government is discussing a tax increase. The income tax is the main focus of the Kremlin. According to a report by the business newspaper "Vedomosti" is considering the government, to raise this tax by two percent.

Putin gave a speech on the state of the nation shortly before choice huge investments in healthcare, infrastructure and urban development are promised. For road construction alone, he announced the equivalent of almost 160 billion euros over the next six years.

“Nothing new from Moscow" – Reactions to the Russian election outcome

In total, the economic stimulus plan announced by Putin will cost around 300 billion euros, according to Rosbank calculations. The armament program and the foreign missions of the Russian armed forces also demand money. Incidentally, Putin also spoke of the introduction of a new “stable tax system”.

In addition to income tax, the cabinet of Prime Minister Dmitry Medvedev advised on the introduction of a sales tax, the abolition of VAT reductions on socially important goods such as basic foodstuffs such as bread, milk and eggs, some medicines and children’s clothing. VAT could also be raised. The Treasury also proposed to abolish the export tariff by raising the mineral resource tax.

There was apparently no majority for the latter measure, but the increase in income tax seems to have prevailed. Medvedev’s press spokeswoman Natalia Timakova only spoke of a discussion of various "proposals". However, an anonymous participant in the meeting said that a "consensus" had been reached. According to Igor Nikolayev, director of the FBK’s Strategic Planning Institute, the measure would bring the Russian budget around an additional $ 10 billion annually.

After the considerations became public in the government, the Russian parliament joined in the debate: The head of the Duma Committee on Financial Markets Anatoly Axakov spoke out on Thursday for the reintroduction of a progressive tax with a top tax rate of 35 percent.

Putin does not have to distribute election gifts

So far, income tax in Russia has been very low: the basic rate is 13 percent, pension and social security contributions are 30 percent. This income tax for all income classes was introduced in the first term of Vladimir Putin. The reason: at that time Putin had to fight tax evasion. Shortly after the end of the Soviet Union in the 1990s, many companies had started to pay their employees’ wages largely in black in order to save taxes.

The tax reform is considered one of the successes of Putin’s first term, which was perceived in his early years as an economic reformer. It helped to reduce the share of the shadow economy in Russia at least somewhat.

Accordingly, analyst Alexei Korenev from the Russian financial services company Finam warned that with the increase in taxes, some companies will return to the old envelope salary model, albeit not in large numbers.

However, the impact of the tax increase on companies is “not critical. But the innovation will have a slightly negative impact on retail prices, ”he said. Vice Prime Minister Arkady Dworkovich, on the other hand, described an increase of two percent as "not bad". The number 13 is "not a fetish, it differs nothing from 14 or 15 percent". The government official said at a meeting with economics students in Moscow that if the additional 2 percent were invested in healthcare, it would be good for everyone.

Guest contribution by Stefan Meister: Our picture of Russia must not only be shaped by Putin

However, the president has not yet made a final decision. Its press spokesman Dmitri Peskow denied responsibility to the government. This first had to formulate its position.

Andreas Knaul, Managing Partner at Rödl law firm & Partner, does not expect any quick changes despite the debate. This discussion had already occurred several times. Russia’s main source of income is raw material exports and arms exports. "I don’t see the political logic. As long as the oil price remains stable, the budget is relatively balanced, ”he told the Handelsblatt.

Given the clear victory, Putin did not have to distribute election gifts excessively to satisfy the population. In addition, an increase in income tax would hit all strata of the population and put pressure on consumption, Knaul added.