Anyone looking for the Smurfs in the App Store has recently found a very sloppy math app for children: "The Smurfs – Learn to count and calculate. Smurf yourself smart“From Blue Ocean Entertainment offers an extensive collection of mathematical exercises, which are personally moderated by Papa Schlumpf. Many other smurfs can also be seen and make learning fun. 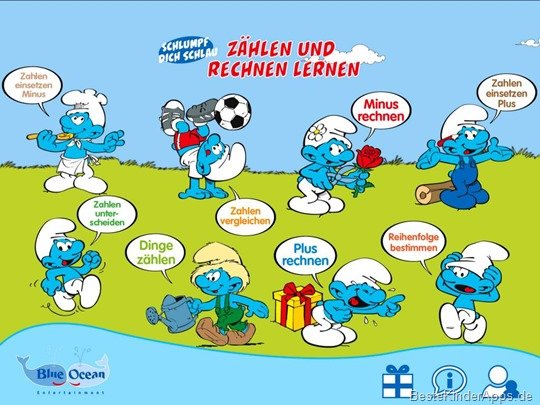 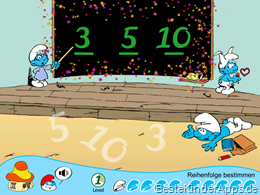 For the preschool & first class

With a view to the included math exercises, the app is particularly recommended for first-year school starters. However, some types of tasks are also suitable for preschoolers, also because the app does not require reading skills. All tasks are explained and moderated in detail by Papa Schlumpf. In the following overview we have sorted the educational games according to the level of difficulty and also tell you which smurf the children encounter in the game. 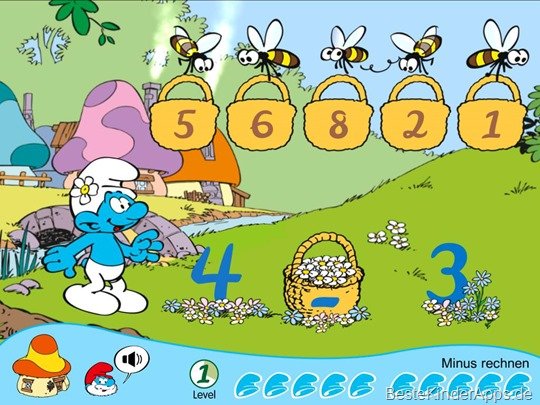 As you can also see on the screenshots, the answer options are graphically appealing to choose from. A simple touch on the right one Result is enough to get to the next task.

The level of difficulty increases automatically when the tasks are solved correctly. When playing through again, the children can also select one of three game levels. The claim differs significantly, which we like very much. For example, in the game "Compare numbers with the soccer smurfs" in the highest level, a small addition task must first be solved before the numbers can be compared. 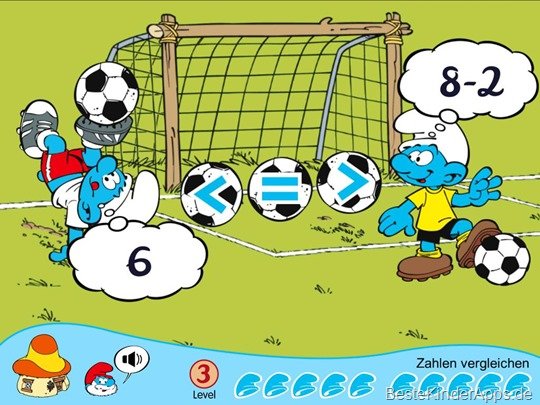 In our preview video we slip through all 8 educational games and also show you one of the comics with which the children after this Solving all three levels will be rewarded.

The Smurfs – Learn to Count and Calculate | Children’s app rating

We really like the math game of the Smurfs and it is one of the most beautiful children’s app releases in 2014. The app covers the most important types of tasks in 1st class. Where other math apps often only offer addition or subtraction, the Smurfs provide a complete educational game collection your iPad or iPhone.

The other equipment is also impressive: with the great speech in horse game quality, not only the tasks are moderated, but also the comic strips that wave as a reward for solved tasks. Tip: At the very end a smurf video beckons! Download recommendation!

minus
(-) Unfortunately only available for iOS

You can download the app for your children here: