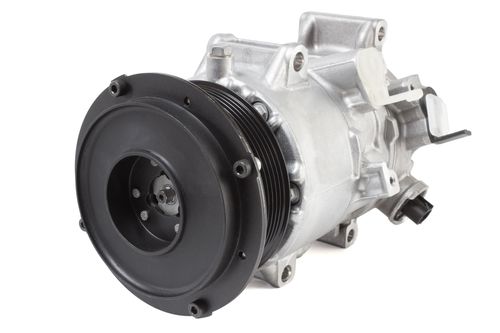 The air conditioning system regulates the temperature inside the vehicle and creates a pleasant climate in every season of the year. By contributing significantly to the driver’s well-being, it increases driving safety. In addition, this part of the car removes moisture from the air, so that the windows do not mist up even when the humidity is high. In modern vehicles, this system has long been standard equipment.

Whether winter or summer, this car part ensures a comfortable climate inside the vehicle in all external conditions. As studies show, the driver’s ability to concentrate decreases as the temperature inside the vehicle increases. This shows that the air conditioning system makes a significant contribution to well-being and driving safety.

This automotive component regulates the temperature and removes moisture from the air. The result: even when it’s humid outside, the windows stay clear. This improves visibility for the driver and thus increases safety. Whereas at the beginning of this technology, only vehicles in the upper price range were equipped with an air-conditioning system, it has long since become standard equipment in all cars.

Things to know – how the air conditioner works?

To control temperatures, the refrigerant, driven by the compressor and continuously under high pressure, circulates within a closed cooling system. This is interconnected by hoses and cables and consists of various car components. Each one is important for the function of the complete system. Without the coolant, however, nothing works.

If the air conditioner is always operating at high capacity, fuel consumption will increase. For the comfort temperature in the interior as well as the consumption, temperatures between 21 and 23° degrees are optimal. The engine cooling system and the air conditioning system are two different systems. However, they interact with each other: If this part of the car is running, it puts an additional load on the engine cooling system.

Components of the car air conditioner

This system includes several components. These include:

Also known as an accumulator, the dryer has the task of cleaning the coolant from impurities and particles. With a water-absorbing filter, this automotive part also removes the moisture from the refrigerant. With time its absorption capacity is reached. The dryer is therefore one of the wearing parts of a vehicle. 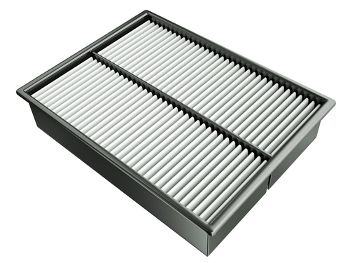 Regulating the refrigerant flow by opening and closing is the task of the expansion valve. By closing it also prevents the refrigerant from flowing back. By controlling the amount of refrigerant, this car part ensures optimal working conditions of the evaporator. This allows it to take full advantage of its surfaces.

The expression valve controls the amount of refrigerant required at any given time using the temperature.

If the temperature in the evaporator before the compressor:

The expression valve injects the exact amount of coolant required into the evaporator. Since the coolant is under high pressure, it changes its aggregate state again: it evaporates and turns from liquid to gas. The change in the state of the unit releases refrigerant. This means: the temperature drops.

The evaporator transfers this cold to the ambient air via its imposing surface. So that it cools down. Üthe cooler air enters the interior of the car through the fan. ÜThrough a second expansion valve, the compressor again draws the refrigerant from the compressor. The cycle repeats itself.

Too high or too low pressure damages the air conditioning system. To avoid this is the function of the pressure switch. 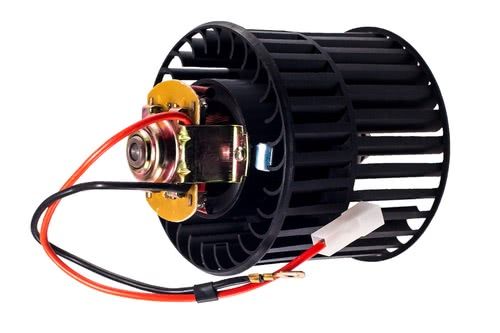 The task of the blower fan is to guide the cooled or heated air into the vehicle interior.

Why should the air conditioning system also be adjusted in autumn and winter??

This part of the car should be turned on regularly for a few minutes, even in the cold season. By working their moving parts for a short time, they are lubricated. In addition, this operation prevents the various seals and piping from becoming brittle. However, switch off the air conditioner about 5-10 minutes before you reach your destination! As a result:

The moisture must be removed from the cooling system to reduce the formation of bacteria and fungi.

If you do not use the system for a few months, fungi and bacteria will find an excellent breeding ground. If you restart them after a long time, these harmful microorganisms will get into the vehicle interior.

Why does the air conditioner need to be professionally cleaned??

Professional cleaning of the entire system is recommended once a year. This particularly affects the evaporator, air ducts and shafts, which should also be disinfected. This is due to the high humidity and the different temperatures that these components are exposed to. However, bacteria and fungi thrive in heat and high humidity.

Air conditioning from the manufacturer AVA QUALITY COOLING are most often charged with 2.496 units for an average of 264,95 € offered.