What were there many youth books that had a thematic connection with the Third Reich? My impression is that there have been fewer in recent years. Frank Maria Reifenberg has therefore ventured into something rather old-fashioned in two ways: A novel that is set in the Third Reich may be considered out of date as being out of date – I would, however, doubt this in view of the alarmingly loud right-wing radicalism. In addition, "Where freedom grows" is a letter novel – a rather strange format today. No wonder: letters are also out of fashion.

Book review: John Boyne "The Boy on the Mountain"

Cover: John Boyne "The Boy on the Mountain"

John Boyne does not let go of the subject of war – several books by the author have already dealt with it, and this also applies to the new youth novel. The book with which the Irish writer became known was "The Boy in the Striped Pajamas" from 2006 (in German 2007) – a book that I read but did not discuss. “The boy on the mountain” alludes to some of John Boyne’s success book: cover and title have many similarities, a subtle button indicates that the new work was written by the same author as “The Boy in the Striped Pajamas” … That should make you almost a bit skeptical. But that’s how marketing works.

Book review: Peggy Parnass & Tita do Rego Silva "Childhood – How Our Mother Saved Us from the Nazis"

If I understand it correctly, "Childhood – How Our Mother Rescued Us from the Nazis" is not just the scaled-down new edition of a book published by the publishing house Schwarze Kunst in 2012, which was awarded one of the "most beautiful books" in 2013 by the Buchkunst Foundation in 2013 has been; the text is an excerpt from Peggy Parnass’ autobiographical book "Unter die Haut", which was published in 1983. In it, the author processes her bad experiences as a child during the Second World War. 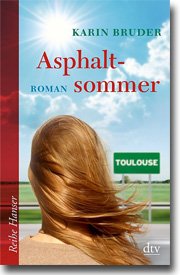 "Together alone" was Karin Bruder’s first youth novel at dtv, with which she was also nominated for the German Youth Literature Prize 2011 – a sometimes stubborn, but always accurate and very literary book. Two years later, Karin Bruder’s next youth novel has appeared, a story that, in contrast to “Together Alone”, has only a marginally something to do with the author’s origin from Romania (Karin Bruder has lived in Germany since 1970) and something completely different theme. 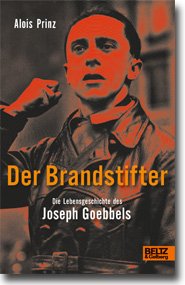 Alois Prinz tirelessly writes biographies of famous people for young people. To the previously published books include works about writers like Franz Kafka or Hermann Hesse, about the RAF terrorist Ulrike Meinhof or about the apostle Paul. Prince’s latest biography is devoted to a particularly dark chapter in German history: the Third Reich. It is about Joseph Goebbels, the man who had National Socialist propaganda in his hands and who was known for his flaming demagogic speeches. Writing about Goebbels is certainly not an easy thing, rather a daring undertaking, since a biographer should remain neutral to the facts.

Book review: Els Beerten "As if there was a sky" 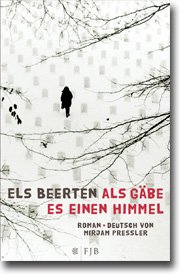 At the beginning of 2005 the last novel by the Belgian Els Beerten was published in German by Sauerländer (meanwhile published as a paperback by Fischer): "Run for your life". Even though the story about a girl who tries to get over an accident by running didn’t really appeal to me at the beginning, in the end I enthusiastically put the book down. It has now been a good six years before there is a new novel by Els Beerten in German, and "As if there was a sky" has become a thick scroll, which – let me say in advance – made me enthusiastic again. 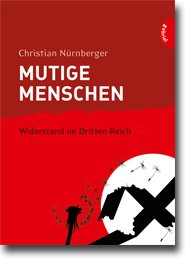 Admittedly, Christian Nürnbergers “Brave people. Resistance in the third Pass“Is not a new book. When I read it less than a year ago, I had no time to write a book review about it – but now that I have stumbled across the book again, I want to make up for it. Incidentally, this volume is a follow-up volume – Volume 1 means “Brave people for peace, freedom and human rights“And is thematically more exciting because it presents people from Martin Luther to Alice Schwarzer or Bärbel Bohley (a civil rights activist who grew up in the GDR and who has only recently died). 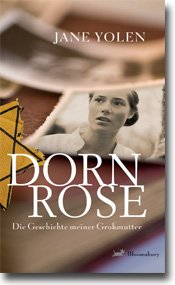 It’s strange that Jane Yolen’s youth novel “Dornrose” was published in America in 1992, but has only now found its way to Germany. It happens from time to time that foreign books are only discovered later (this applies, for example, to children’s books by Paula Fox), but overall it is rather rare. Incidentally, the title "Dornrose" is based on … – exactly: the fairy tale "Sleeping Beauty", and those who read on also know what the reason is. 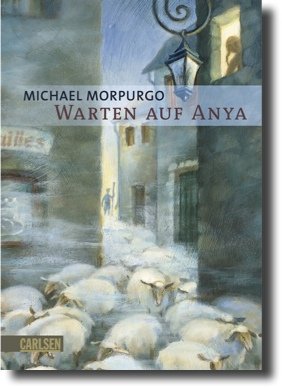 Another book that is set at the time of the Second World War? Sometimes I wonder why so many children’s and youth books are still published about World War II and the persecution of Jews. After all, most of the authors who write about it did not experience the time themselves … This also applies to the Englishman Michael Morpurgo, who was born in 1943 and wrote a book about the time of the Second World War in a French village with "Waiting for Anya".

At the same time – it must of course also be said – it is a good thing that young readers are always reminded of this bad time.

Book review: Tami Shem-Tov “The girl with the three names” 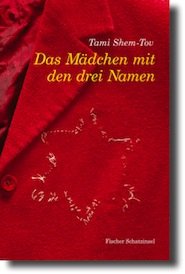 There are several books on the persecution of Jews in the Third Reich – the best known may well be "The Diary of Anne Frank". The Israeli writer Tami Shem-Tov published a book in 2007, which was also published in German in 2009 and which is similar in many ways to the "Diary of Anne Frank": It is also about the persecution of Jews in Holland, the main character is a girl, that is hidden from the Nazis, and the book also takes up a real story. The special thing about Tami Shem-Tov’s work is that the girl in question, unlike Anne Frank, is still alive today and that the author was able to do research for her book. 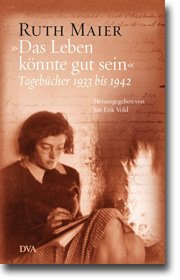 Ruth Maier’s diaries are one of the outside-the-box books at Jugendbuchtipps.de, because the records of the Viennese Jew published by the Norwegian Jan Erik Vold are more of an adult book than a book for young people. The book first appeared in Norway because Ruth Maier spent her last years of life there – the last diary entries (as well as the editor’s comments) were therefore also translated from Norwegian into German, since in the end the girl often wrote in Norwegian.

Book review: Anja Tuckermann “Mano. The boy who didn’t know where he was " 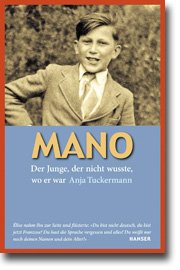 For her book “Don’t think we’re staying here. The life story of Sinto Hugo Höllenreiner ”was awarded to Anja Tuckermann in 2006 the German Youth Literature Prize in the non-fiction category. I haven’t read the book – but now Anja Tuckermann’s new book “Mano”, which takes up the fate of a boy from the same extended Sinti family in the Third Reich.

"Mano" is an in-between thing from non-fiction and novel. The book tells a true story, contains many authentic documents, but fills the gaps in between literarily.