“Even in Germany, children are at the mercy of educational violence.” 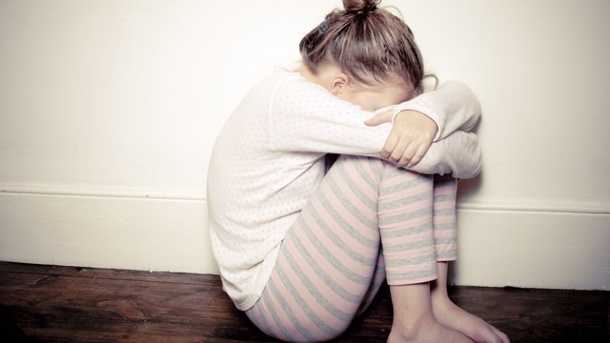 Violence against children often takes place in secret. “We must break the taboo,” demands Unicef. (Source: Thinkstock by Getty-Images)

Children worldwide are exposed to “an appalling amount of physical, sexual and psychological abuse”. This is the result of a recent report by the UN Children’s Fund Unicef, which evaluated data on violence against children. With data from 190 countries, it is the largest report of this kind ever to have been compiled, and there are no rosy conditions in Germany either. Every week, three children die in Germany as well as elsewhere as a result of abuse and neglect.

Physical corporal punishment, sexual violence and even fatal assaults are therefore still the order of the day in many of the countries surveyed. One billion children in the world are regularly beaten. Unicef complains that in many cases family members, neighbours, friends and classmates have systematically used violence without finding it alarming.

According to the report, around 95,000 children and young people under the age of 20 were murdered worldwide in 2012, most of them in developing and emerging countries, especially in Latin America and the Caribbean.

beatings at home, bullying at school

According to Unicef, three out of ten adults worldwide believe that corporal punishment is part of education to discipline a child. In countries like Egypt, Yemen and Chad, as many as 40 percent of children would be beaten. About every tenth girl is pushed or forced to have sexual intercourse at least once in her life.

Children and young people experience a new form of violence through bullying. Every third pupil worldwide experiences this regularly. In Germany, every sixth pupil has been a victim of bullying via the Internet.

Spiral of violence turns from generation to generation

The children’s suffering and the sometimes lifelong consequences are often repressed or overlooked. Growing out, who are exposed to regular violence, have more frequent learning problems, develop less self-confidence and suffer more often from depression. The Children’s Fund points to a fatal development: victims of violence also tend to behave similarly later in conflicts with their own children or partners.

Unicef called for parents with a low level of education in particular to be better informed and for the self-confidence of children to be specifically strengthened. Legislators also have a duty to ensure effective child protection through legal reforms.

What children suffer from in our country

Right to non-violent upbringing in Germany

In Germany, children have had a right to a non-violent upbringing since 2000, which is enshrined in Section 1631 of the German Civil Code (BGB). Overall, there is a positive trend, says Rudi Tarneden, press spokesman for Unicef Germany, in an interview with t-online.de. “The education style in the families and schools changed clearly.

But every eleventh German parent couple has already “severely beaten” their child once, every twentieth even with an object. More than two thirds said they had already distributed the “slap on the bottom”.

“Violence in education is a social and economic problem.”

“Certain groups of children in Germany are still at the mercy of educational violence,” notes Tarneden. “Such attitudes are particularly common among adults who live in a difficult situation and had little educational opportunity. Violence against children is not an individual problem, but also a social and economic one”. But even well-off, well-educated parents can slip their hands if they are overtaxed.

“Push aside the taboo and look”

Tarneden also reminds us that in 2013 40,000 children in Germany had to be taken into the care of the youth welfare offices because their development in their families was endangered. “That’s a relatively high number.”

Parents who are overburdened with the upbringing will find advice and support at youth welfare offices, child and youth welfare services and educational counselling centres. So much for theory. “The main problem is the insight that those affected need help,” says Tarneden. That is why neighbours, doctors, kindergarten teachers and teachers have to look out for signs of abuse in children. “We must put the taboo aside and take a closer look.”

Unicef: “Violence against children is inexcusable.”

“Concealed in public” is what Unicef calls the current report. “These are inconvenient facts. No government and no mother and no father want to hear them,” said Unicef chief Anthony Lake. “But if we don’t bother the public with these annoying facts, we’ll never make a change in people’s minds. Because many still think that violence against children is normal and excusable. It’s not that.”

Sweden as a positive example

The German Unicef press spokesman is convinced that a change of attitude is possible. He refers to the positive development in Sweden, which had already banned the corporal punishment in 1979. The ban was accompanied by an information campaign under the motto “My child is unbeatable” and research on violence in education. At that time, over 80 per cent of children were beaten occasionally, today the figure is only ten per cent.

Unfortunately, we cannot provide you with a comment area for all articles. You can find out more about this in the statement of the editor-in-chief.

An overview of current reader debates can be found here.