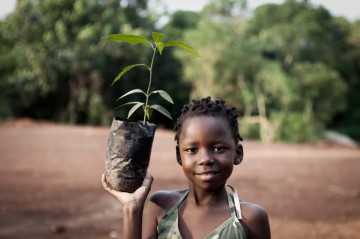 In Africa there is a large number of aid projects of international volunteer work, because it is unfortunately the poorest continent in the world. It is no coincidence that there are so many opportunities for volunteering in all areas – education, social affairs, nature conservation and animal welfare. While you contribute to development aid in your favourite project, you also have the opportunity to polish up your French or English skills under very simple living conditions or with comfort almost according to Central European standards, depending on the location. During your free time you can discover the exciting African wildlife or immerse yourself in the culture of the black continent.

5 good reasons for volunteering in Africa

Volunteer where you are most needed 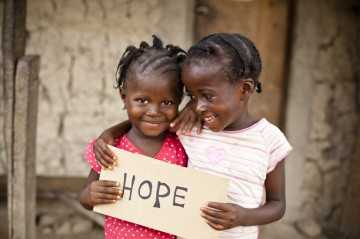 Many associate the word poverty with Africa as the poorest continent in the world. The average per capita income, level of education and life expectancy are used to calculate the world development index, according to which 22 out of 24 countries with a low level of development are on this continent. Accordingly, many public institutions, charitable institutions and associations are destitute. It therefore makes particular sense to make a contribution to development aid here and to support the black continent with voluntary work.

Speak French or English in the Volunteer Project

A big advantage of volunteering in Africa is the opportunity to improve your language skills. Due to their long colonial history, European languages are still official languages in many African countries and are spoken by large parts of the population. Volunteers have the chance to either do a project in French-speaking countries like Togo, Senegal or Madagascar, or in the English-speaking part of Africa, for example in Ghana or Tanzania.

Volunteering in all areas of action 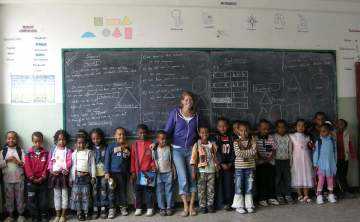 You could say that every pot has its lid here, because the diversity of projects is very pronounced in Africa. Those who like working with people can, for example, help in the social field and accompany a relief project with street children, in day care centres, with marginalised groups or disabled people.

However, we generally advise against projects with orphans in Africa for reasons that we explain in our blog post “This is why we do not have orphanage projects”. Often the children in these institutions are just pseudo-orphans. In some countries like Ghana or Uganda 90% have at least one living parent! If you as a volunteer insist on helping in orphanages, you often support a business model rather than the children. Even in the most favourable case, the optimal development of the youngest children in orphanages is very disturbed. You should rather support projects and organisations that encourage the children to remain in a family association – not only by volunteering, but also by donating.

There is also the possibility to teach English, French or sports, to get involved in nature conservation or to do a wildlife project. 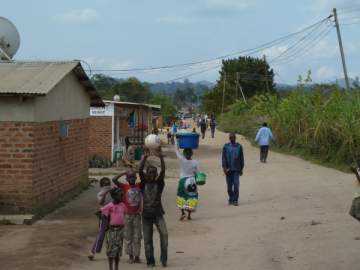 Volunteering in Africa does not necessarily mean doing without electricity and running hot water. After all, it is an entire continent with very poor regions and comparatively wealthy states and population strata. In countries of the Maghreb, for example in Morocco, the living conditions of the middle class are quite similar to ours, just as in South Africa. In many other countries with lower average incomes, for example in Gambia, Kenya or Malawi, the volunteers have to make do with much simpler living conditions. A warm shower can become a luxury or the rationalisation of electricity can influence the rhythm of life.

Try to realistically assess how much comfort you need and choose the destination country accordingly. Especially if you are volunteering abroad for the first time, don’t overestimate your adaptability. And the support of volunteers is needed everywhere, even where the standard of living is slightly higher. 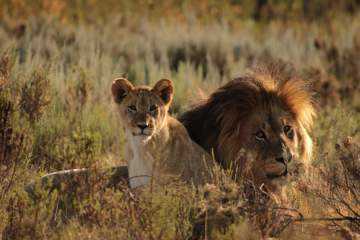 There are many volunteer projects in the field of wildlife, because Africa has a great variety of species. Volunteers who have always wanted to observe the Big 5 – elephant, lion, leopard, rhino and buffalo – live have the opportunity to do so here. Becoming an active game ranger, maintaining a reserve, supporting animal keepers in their work – these are just a few examples of possible work contents in the wildlife sector. Volunteers can discover Africa’s exciting wildlife not only in the project but also in their leisure time, for example during a safari in one of the numerous national parks.

Immerse yourself in African culture

Volunteering abroad enables you to get to know the destination country in a way that is often not possible for you as a tourist, because volunteers have the opportunity to immerse themselves in the culture of Africa through their work on the spot: Driving tuk tuk, picking up a few scraps of Swahili at volunteer projects in Kenya or Uganda, cooking typical Ghanaian food such as Foufou and Kenkey yourself.

Photos courtesy of Karmalaya and Oyster.