Most common endocrinological disorder in childhood and adolescence

The physical, mental and emotional development of children and adolescents is significantly influenced by the thyroid. It forms the hormones necessary for this and releases them into the bloodstream. Thyroid hormones are important for the differentiation of cells in the brain and have a significant impact on energy metabolism and heart function. Thyroid disorders are the most common endocrinological disorders in childhood and adolescence. 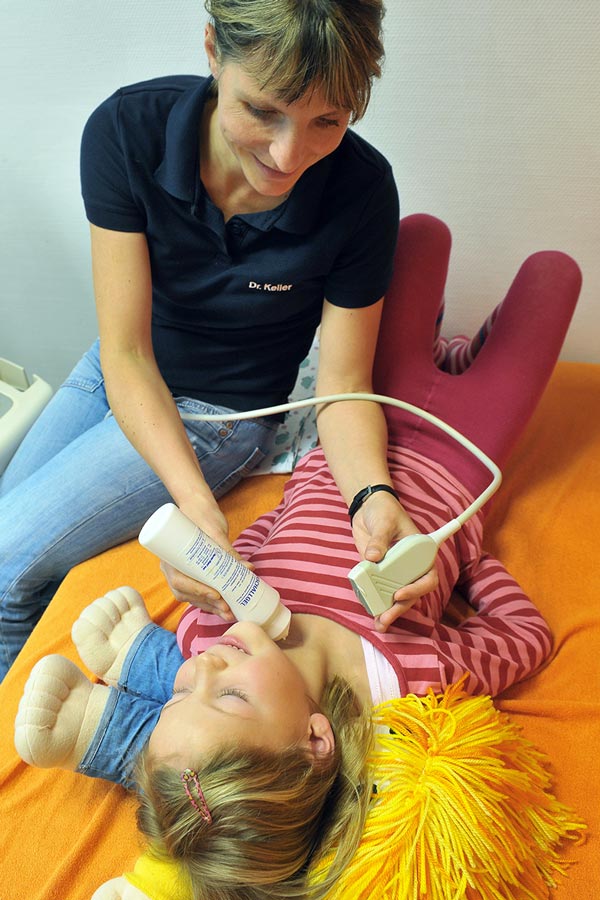 Under- and overfunction can be congenital or only develop in the course of life. With an underactive (hypothyroidism) important hormones are formed in too small amounts. As a result, the metabolism slows down. The physical and mental performance decreases. Iodine deficiency as a reason for hypofunction has become less common in recent years as the supply of food has improved. In case of hyperfunction (hyperthyroidism) autoimmune diseases (including Graves’ disease) and independent "autonomous" cells (so-called autonomy) are often the reason for a disease. These cells no longer respond to corresponding control mechanisms and release more hormones.

Children and adolescents have diseases of the thyroid in a variety of ways. Characteristic complaints change with age. Possible symptoms of a hypofunction in children include Constipation, pallor, delayed speech development, susceptibility to infections or delayed growth and delayed tooth formation. Adolescents, however, increasingly show problems with concentration and memory, have a hoarse voice or edema around the eyes. Dry skin, flabby muscles or states of mind that are similar to depression or anxiety, can further evidence.

Doctors in Germany carry out newborn screening for the early detection of severe congenital hypofunction. They take a few drops of blood from the infant in the first few days of life. In children and adolescents, the thyroid values ​​are also determined at the age of twelve and 14 years within the J1 examination. Are after a blood and Ultrasonic-The pediatrician, especially in older children, can use the scintigraphy (imaging method) to further examine the tissue to identify abnormal structures or examine cells from the thyroid gland with a fine needle biopsy.

When you first suspect a thyroid function disorder, you should make an appointment with your pediatrician arrange. Careful diagnosis is advisable. Only a specialist can examine the thyroid gland precisely, assess the organ and rule out inflammation, nodules, cysts or limescale deposits. If necessary, therapy with appropriate medication or radio-iodine therapy can balance the hormone balance and regulate the function of the thyroid gland. Surgical intervention is only carried out if the course of the disease is complicated.