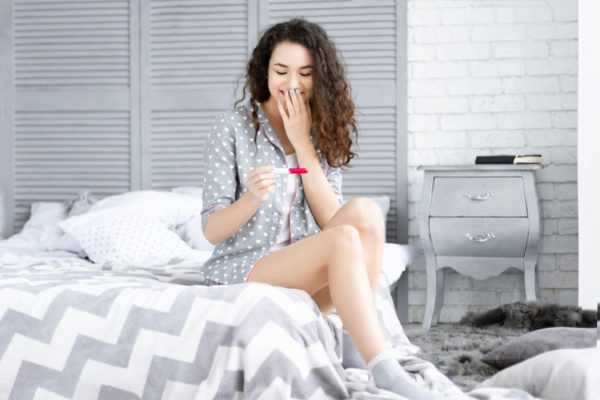 Did it work this time? Many women already want to know if they are pregnant before the possible absence of the period. This is an option Pregnancy Early Test on. When does an early test make sense, which types are there and what is the difference to a normal pregnancy test? All advantages, disadvantages and instructions in this guide.

❗ In this article you will get important information about the early pregnancy test:

What is the difference to the normal pregnancy test??

The smaller the number of mlU / ml on the package, the more accurate the result of an early pregnancy test. Certain tests detect pregnancy already at 10 mlU / ml (milli International Units per milliliter) of HCG in the urine. In others, however, there is a reaction only from 20 mlU / ml. A low mlU / ml number is therefore an advantage.

Furthermore, a distinction is made between digital and conventional display of the test result. On conventional test strips, pregnancy is indicated by dashes or bars. In the digital version, a smiley, a word or a minus or plus sign shows us whether we are pregnant. Also, there is some information about the current week of pregnancy. There is a third way to test if we are actually pregnant. The urine is instilled with a pipette into small cassettes.

When does an early test make sense??

Such a test makes sense at the earliest from the 10th day after fertilization. However, the day of fertilization is not fixed in every case and every woman reacts differently. For this reason, it is better to wait another day or two longer with the test.

Advantages: What speaks for an early pregnancy test?

Women who have been trying to get pregnant for a while can often hardly wait. Am I finally pregnant? If the aggravation is too great, an early pregnancy test can already help to clarify where a conventional test can not yield results. However, the possibility of a positive test result increases with each day we wait longer.

Disadvantages: What speaks against an early pregnancy test?

An early pregnancy test is not always reliable. It can happen that the result is negative despite an existing pregnancy.

We should also consider the following: In the very first days after fertilization, the implantation of the fertilized egg cell takes place. In many cases, this does not succeed and the egg leaves as menstrual bleeding. Without an early test, the woman gets nothing from the pregnancy. Therefore, it is often better to wait for the rule to fail.

Instructions: How do I use an early pregnancy test??

Where to buy an early pregnancy test

Here we can buy the early pregnancy test:

The tests are over-the-counter.

It is important to pay attention to the expiry date. If it is exceeded, it can lead to an uncertain result.