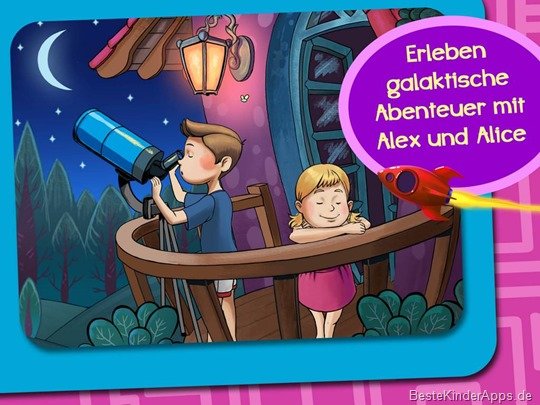 Just like in the first underwater adventure, they can Children in the new space mission also choose between a boy and girl as a character. The starting point of the space adventure is the crash of a space capsule to earth, with which Alex or Alice set off on their way into space. After this intro, the app switches to exploration mode. The game has been divided into many different scenes, which are always dedicated to a planet in our solar system. There the children will find collectibles, mini-games and, last but not least, interesting facts about space. Additional fun is created by the fact that the character in his space suit can be freely maneuvered through the game scene to the individual objects. 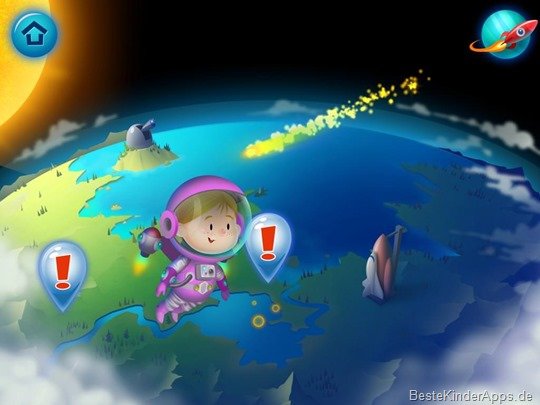 Space facts are read out

The app contains a total of 70 interesting Facts about the cosmos and the exploration of space. All facts are read out with professional voice output, so that reading skills are not absolutely necessary for the app, although the topic is of course also of interest to primary school students. The facts are shown after the character has flown to an exclamation mark object. Every single bit of knowledge was illustrated with a beautiful graphic. 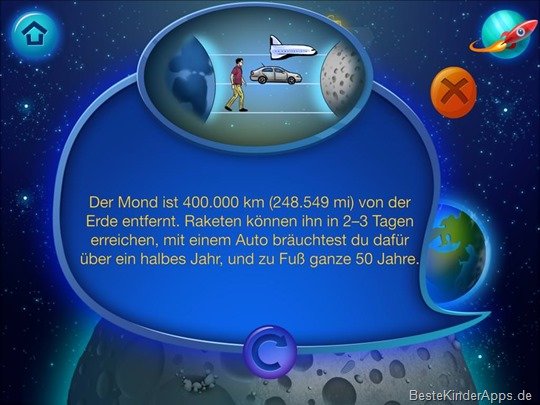 A whole series of mini-games are also distributed over the individual space scenes and provide variety. Reaction, puzzle and memory games are offered in three different levels of difficulty. 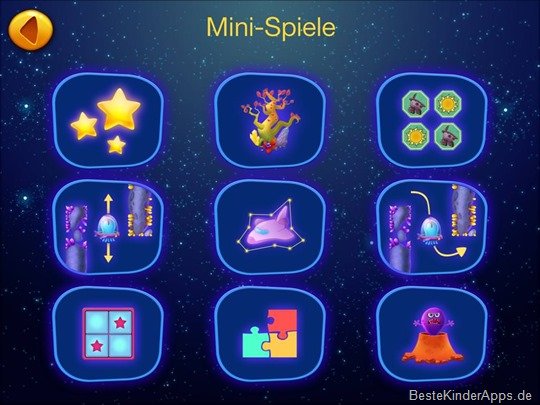 In our preview video we show you the little prehistory and then fly to two planets, where we present some games and facts as examples.

What started with a spaceship crash landing turns out to be a really interesting educational game about space. Just like the first Explorium game, we like the mix of history, learning content and mini-games extremely well. There is also a space encyclopedia, because facts found are archived in an encyclopedia, where they can be looked up at any time.

plus
(+) Interesting mix of learning content, games and collectibles
(+) Fully set to music with professional voice output (German, English)
(+) 70 cosmos facts
(+) Boy or girl can be selected as a character

minus
(-) "Rate me in the App Store" on-screen displays