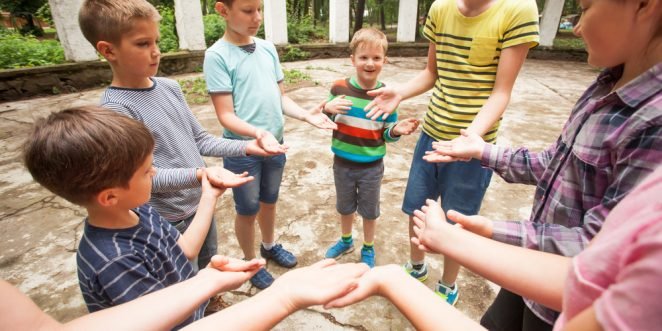 A kindergarten is a day care center for children aged between three and seven years.

There are different kindergarten models. They are differentiated according to the sponsorship and the educational models.

By becoming a member of the Parents’ Council, you can participate in the organization of the kindergarten.

After the birth of the child young mothers usually want to go back to work. Then the question of the right kindergarten usually arises very soon. In some residential areas, parents can choose between different kindergartens. Urban, denominational or private? Which kindergarten is best suited for my child and what are the differences?

1. Kindergarten as a form of day care 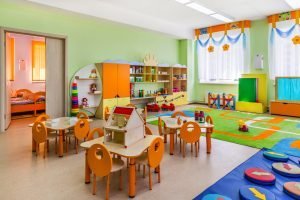 Children are looked after and encouraged in kindergarten.

In Germany, a kindergarten is assigned to the social area. First of all is a Kindergarten is a facility where children are looked after by educational staff. It does not matter whether the parents go to work or are at home during this time.

In a kindergarten, however, the children are not only looked after, but also encouraged. You will be there accompanies their development in an age-appropriate manner and learn social behavior.

The word kindergarten is often used in German for a daycare center and vice versa. Strictly speaking, one is However, daycare is an umbrella term for the various forms of care. Kindergartens include crèches, kindergartens and after-school care. While a crèche is designed for under 3 year olds, children in a kindergarten are only looked after from the age of three. A day care center, on the other hand, is an institution in which primary school children are looked after until the end of school.

With regard to the opening times, care in kindergarten in three different shapes are divided into:

In German, the term "kindergarten" is used when the children are only looked after for half a day. In contrast, full-day care is referred to as a daycare center.

If you are looking for the right kindergarten for your child, you should pay attention to the following criteria:

Tip: You can easily search for a suitable facility on kindergarten portals!

2. The sponsorship of a kindergarten 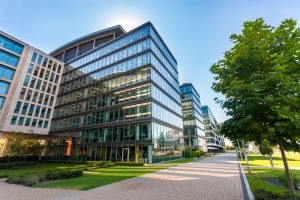 About a third of all kindergartens are run by the city or community.

The sponsor of a kindergarten is responsible for all areas of the institution, so to speak. This means that he determines the pedagogical direction, takes care of the financing and regulates everyday tasks. He can also decide on the amount of the parents’ contributions.

In Germany, many kindergartens are managed publicly by the responsible municipalities. However, there are many other organizations that can run a day care center. Very different parenting methods are used.

So when choosing the right kindergarten not only the pedagogical orientation is decisive, but also the type of sponsorship.

In the following, we will show you the most common kindergarten carriers.

Many kindergartens in Germany are administered by the city or the municipality. The percentage of these public bodies is around 33%. The municipalities manage and manage the kindergarten themselves.

In the case of public sponsorship, the pedagogical orientation is not specified, so there is a lot of variety in this area. In some cities and municipalities, however, certain framework conditions have to be met. There are also guidelines for financing and general administration.

Parents ‘contributions for care are either determined by the municipality or based on the parents’ income.

Below we show you how the individual sponsorships are structured and what makes them up. 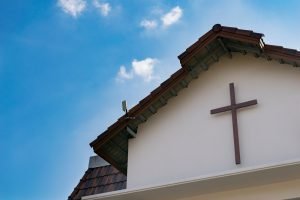 Christian values ​​are conveyed in a Catholic or Protestant kindergarten.

In Germany there are many kindergartens that are run by the church. Such a Catholic or Protestant kindergarten is usually very closely integrated into the church community. The children often take part in church services or participate in church festivals.

In a kindergarten supported by the church, of course predominantly conveyed Christian values. How strong this is depends on the kindergarten. If you want to register your child in a Protestant or Catholic kindergarten, you do not have to be a church member.

In most cases, the parents’ contributions are as high with this sponsorship as with municipal kindergartens.

Charities can also manage and manage a day care center. These include, for example:

The organizations often stand out volunteer work out. They strive for social justice and convey these values ​​accordingly in the various institutions. However, there are sometimes very large differences between these associations. Therefore, find out more about the organization before you register your child in this kindergarten.

The costs for these kindergartens often differ greatly from municipal or church institutions, since the association itself can determine them. Also the Admission criteria can be set individually. In some cases, only club members may register their children in the day care centers. 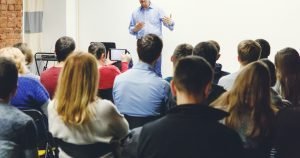 If there is a lack of daycare places, parent initiatives are often founded.

In many cities and municipalities there are far too few kindergarten places despite the new childcare law. Since parents have to look for a solution or alternative in these cases, kindergartens are founded by these parent initiatives.

So that the parents’ contribution is not so high, many parents work in the facility themselves. There are also regular parents’ evenings where current topics can be discussed. Many parents see the advantage of these parent initiatives as being able to contribute a lot and thereby make a difference.

Companies also have the opportunity to open and run their own kindergarten. However an establishment is not normally recognized as a carrier, so that a public or free body is also required.

Since the costs for a company kindergarten are often very high, the companies like to cooperate with other independent organizations such as charities or associations.

The biggest difference mostly lies in the design of the daycare. In many cases, the kindergartens have a special focus, such as sports or music.

3. The pedagogical orientation of the kindergarten 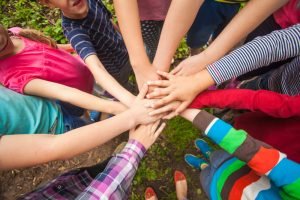 A kindergarten always has a certain educational orientation. This Conception arises in some cases depending on the sponsorship.

Before you register your child in a kindergarten, you should find out where the pedagogical focus is and whether it fits your personal attitude.

To make your decision a little easier, to explain we give you the most important concepts of a kindergarten.

The Montessori kindergarten is named after the developer Maria Montessori. The main idea of ​​this concept is that Children are viewed as independent individuals. The self-confidence and independence should be strengthened from the beginning.

Principle: Help me to do it myself.

In practice, this means that the child decides what to play at what time. This means that there are extremely few group actions in which all children have to take part. You can decide for yourself whether you would rather do something different.

In this model, the educators only act as companions. However, this does not mean that the children are left to their own devices. You will be accompanied but not led.

In an integrative kindergarten, both normally developed children and children with developmental disorders or disabilities are looked after. The aim of the concept is that everyone can learn something from each other.

Principle: Every child is taken seriously and respected.

Because children learn to deal with impairments at kindergarten age Social exclusion less common. There are no fears of contact. In addition, impaired or disabled children benefit from a higher level of self-confidence and a feeling of belonging in an integrative daycare center.

The founder of the Waldorf kindergarten is Rudolf Steiner. However, the model is less a kindergarten pedagogy than a concept of life. This pedagogy focuses on the child and its intellectual development.

The relationship to nature plays an important role. Children only play with natural toys and consciously get to know the different seasons. Another key issue is imitation. In order to create security, everyday life has fixed structures and processes.

The idea of ​​the forest kindergarten comes from the Scandinavian region. This kind of kindergarten mostly completely dispenses with closed accommodations. Most of the care therefore takes place in nature. In Germany, however, the kindergartens must have at least one closed room.

The children should learn in a forest kindergarten that humans are part of nature. In addition, the respectful treatment of other people is in the foreground.

Bilingual kindergartens are becoming increasingly popular. According to statistics, the number of institutions in the last Tripled 10 years.

Principle: acceptance of all cultures.

In a globalized world, it is becoming increasingly important to be able to speak many different languages. Children are particularly receptive to linguistic content at kindergarten age.

Some kindergartens do not have a specific educational concept, but are still different from other institutions. These include, for example, the international kindergarten or the speech healing kindergarten.

However, the special kindergarten forms are not suitable for everyone, but only for some children. In the following, we will briefly introduce you to the international and language healing kindergarten. 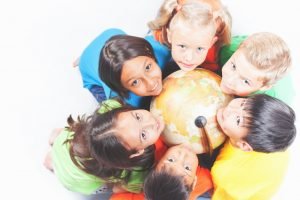 The focus is on cultural exchange.

Although an international kindergarten is not really a pedagogical concept in its own right, there are of course some important aspects that children can learn in this facility.

In an international kindergarten, children from different cultures come together. This combination awakens interest in other cultures and promotes social behavior. The special thing is that festivals of different nations are celebrated regularly. In this way, families get to know the customs and customs of other cultures in a special way.

Due to the prevalence of different languages, the focus of the institutions is on teaching language. Language support in kindergarten is very important. In small groups, either only German or only English is spoken. So the children can first passively and then actively learn the second language in a playful way. 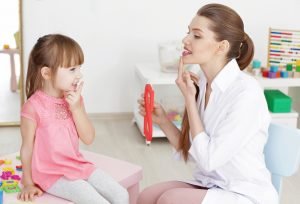 For example, oral motor exercises are carried out.

The speech healing kindergarten is specially designed for children who suffer from a speech disorder. In the facility, speech therapists and educators ensure that the Language problems are resolved and language development is encouraged.

As a rule, these institutions work in small groups in order to be able to respond as best as possible to the individual level of development of the child. The treatment takes on average about one to one and a half years. As soon as the language problems have been successfully treated, the child can switch to a normal kindergarten or school.

5. The parent advisory board of a kindergarten

The parents’ advisory board as a mouthpiece

The ordinances of the kindergartens and daycare centers regulate how the parents’ council is elected and which rights can be represented there. However, the laws are not regulated uniformly across the country, so there are sometimes large differences between the federal states.

The parents’ advisory board of a day care center ensures that suggestions, requests and suggestions from the parents are forwarded to the institution’s institution. Although the Advisory Board does not have the right to make decisions, it can help shape the kindergarten’s orientation through information, consultation and advice.

As a member, you can also organize a parent’s table, information evenings and discussion groups to strengthen cooperation!