«Upper Valais for Children of our world»Starts cooperation with SWISS4SYRIA

Together with the Swiss aid organization SWISS4SYRIA, which has been running a school for refugee children in southern Lebanon since 2016, we are planning to set up a project on site in the area of ​​dream management. Many of the children are traumatized by the experiences of fleeing and war in their home country. That is why we decided to rent additional school rooms and hire teachers trained in trauma. In the new special school "Little Switzerland4Syria in Lebanon" the children should receive psychosocial help, be able to play and maybe forget their worries for a moment. Thanks to the new partnership with

Aid organization «SWISS4SYRIA» and the financial support Thanks to our loyal donors from Upper Valais, we will soon be able to start building the school. The opening is planned for next year.

You have lost loved ones, experienced fear and chaos. They were there when bombs fell and houses collapsed. They have experienced such bad things in their home country and while fleeing that they can no longer classify them properly. That left mental injuries. Many children who have reached Lebanon as refugees are severely traumatized.

"When we see the pictures of the children from the Syrian city of Idlib, it breaks our hearts," says Jessica Mor-Camenzind, Managing Director and Head of Fundraising at SWISS4SYRIA. «All innocent children. Those who survive are severely traumatized and psychologically at the end. Without a future, without hope, without trust. I know the sight of these children. I look into her eyes and see darkness, lifelessness, no sadness, no anger, no emotions. Only emptiness, dark emptiness without light, without glow, without love. »

Schools, teachers and supervisors play a crucial role in this. They mean normalcy, stability, security for these children. Most refugee children love going to school but have difficulty concentrating and learning.

The board of trustees is delighted with the new partnership: «Our two aid organizations are pursuing the same goal, namely to use their resources as sensibly as possible in projects for local children, with targeted help for self-help. We immediately noticed that together we can achieve and achieve a lot.

The aim of the joint project "Little Switzerland4Syria in Lebanon" is to set up the new special school for traumatized refugee children by the end of 2020. It will then be managed by SWISS4SYRIA and its local aid organization. 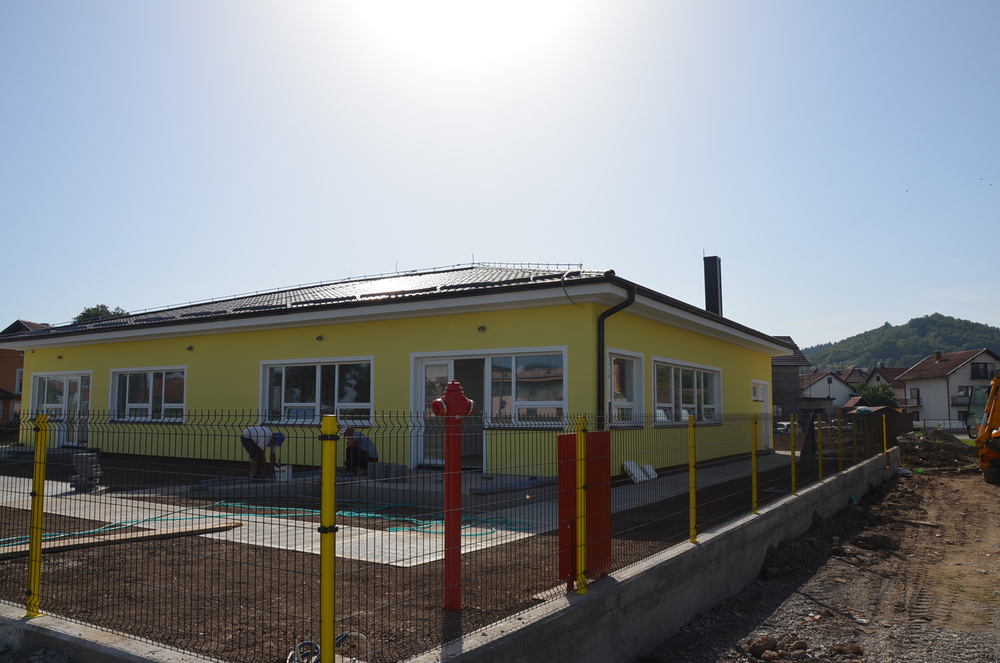 Modrica is located in northern Bosnia-Herzegovina, in the Serbian part of the country, and is the main town of the municipality of the same name. Approximately 32,000 inhabitants live there today in an area of ​​297 km², the vast majority Bosnian Serbs.

The small town on the lower reaches of the Bosna river looks back on a long historical tradition. It was first documented in 1244
mentioned. Before the outbreak of the Bosnian War in April 1992, Modrica was a thriving provincial town. Rapid economic development had started in the city, especially after the Second World War. In addition to traditional agriculture, a large number of industries, factories and handicraft businesses emerged, including two chemical factories, an oil refinery, and the textile and packaging industry. Due to its geographical location, Modrica was particularly badly affected by the war. Today, most factories are out of service or outdated machines. As one of the largest employers in the region, the Modrica oil refinery remained, other companies did not survive the effects of the war and the privatization of the economy. There were no orders and many jobs were lost. Rising unemployment figures and the associated poverty are consequences, with which the city is struggling today.

The destruction of living space and infrastructure has caused problems for Modrica up to the present day. Because the money to rebuild the infrastructure and purchase the necessary technical equipment is lacking, many roads cannot be paved, for example.

The ethnic composition of the Modrica population has changed significantly since the Bosnian War (1992-1995). Before the war, the city had approximately 35,413 inhabitants, of which 29% were Bosnian Muslims (Bosniaks), 35% Bosnian Serbs, 27% Bosnian Croats and 8% were members of other ethnic groups. During the war, the city was occupied by Serbian troops and militias "ethnically cleaned". 350 people, mostly Bosnian Muslims, were murdered. Among them were Roma and a few Bosnian Croatians. Today Bosnian Serbs make up the majority of the population in Modrica. Of the approximately 60% non-Serbian Bosnians who lived in the city before the war, only a small proportion have returned to their former homeland (approx. 10% of the Bosniaks and Roma). The administrative bodies of the city of Modrica today form the city’s people’s assembly as a legislative (25 deputies) and the city’s mayor, Mladen Krekic, as an executive. Both try very hard to give the city back the good image it had before the war. With this in mind, many activities have been launched to stimulate the economy and raise living standards for the population.