These disorders always begin in infancy or in childhood. It is characteristic that certain skills or functions develop in a restricted or delayed manner – functions that are closely related to the maturation of the central nervous system. Developmental disorders include:

Behavioral and emotional disorders beginning in childhood and adolescence

This includes a number of different disorders in which behavior and / or feelings play a role: 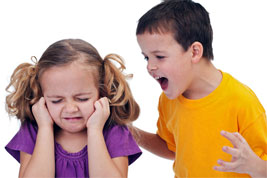 Several studies agree that around 20 percent of children and adolescents develop a mental disorder that requires treatment within one year. Most childhood disorders are more common in boys than girls. With increasing age, boys and girls are equally common mental illness affected.

Mental illnesses occur particularly frequently in the age groups between six and ten years and between 13 and 16 years. This is probably related to the peculiarities of development in these age groups.

Course: What are the chances of improvement?

The individual faults are very different. Emotional disorders such as anxiety or depression often go back completely. Dissocial disorders or more profound disorders (e.g. autism), in which organic causes often play a role, can persist into adulthood or often only partially improve.

The chances of success of psychotherapy or child and adolescent psychiatric treatment vary depending on the type of disorder. The chances of improvement in emotional disorders and developmental disorders (e.g. delays in the development of language or movement skills) are usually good.

Treatment results are often less successful in the case of dissocial disorders and more profound disorders. In some cases, improvements can be achieved in part, but those affected often need support until adulthood – permanently or at least temporarily.