The kindergarten is an important pillar of the education system and is dedicated to the elementary level. The relevance of the elementary area is often underestimated, after all, the seriousness of life only begins with schooling. education and education but start much earlier and are lifelong processes that accompany people from birth. The primary challenge here is the parents who create the basis in the first few years. The kindergarten also plays an important role in addition to the parents and contributes to the comprehensive promotion of the next generation.

The educators do not have the task of teaching children to read, write or do arithmetic, because this happens early enough in school. Instead, children who are not yet at school should be adequately looked after and encouraged. This includes social skills, physical education and language development. Accordingly, the kindergartens play an important role and are rightly regarded as the first stage of the educational system, although attending a kindergarten is not compulsory. 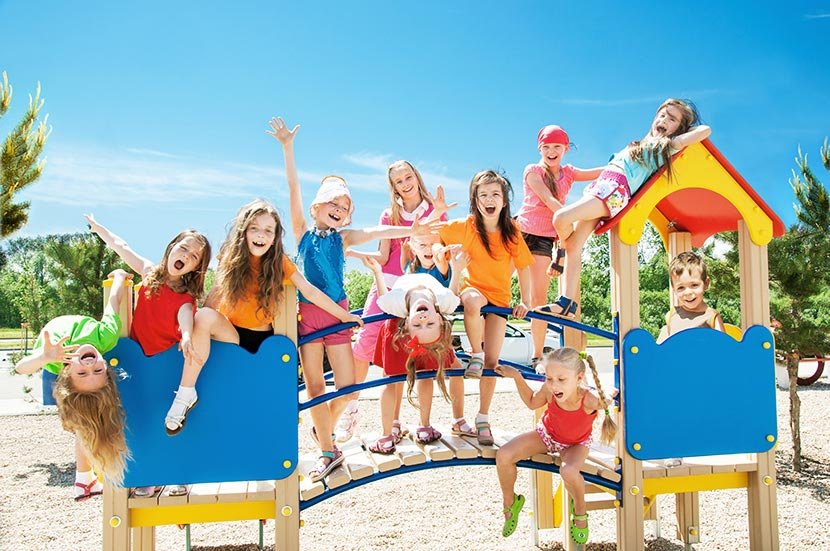 Educators are often looking for information on the topic of kindergarten, as these are their places of work. Parents also often want advice on kindergarten, after all, sooner or later the children should attend kindergarten and be looked after as best as possible. So it’s not just about bringing preschoolers to school, but introducing them to the German education system at a young age. While the little ones tackle the matter completely carelessly, the adults are all the more concerned and therefore look for detailed information. This is exactly where Kindergarten.info, the new information portal for kindergarten on the Internet, comes into play.

The different approaches of kindergartens

It quickly becomes clear that kindergarten is not just kindergarten, because although all kindergartens are dedicated to early childhood support in the elementary area, some of them pursue very different approaches. First of all, it should be noted that a day care center can be under state, church or private sponsorship. In addition, differences are also shown by different pedagogical approaches. The following kindergarten concepts can be mentioned in this context:

Open kindergarten
The open kindergarten gives the children access to all rooms and offers them absolute freedom of movement within the day care center. Each room offers different options, so that the children have their interests follow and can live out in themed rooms. A wide variety of employment opportunities are available indoors and outdoors and can be individual >Toy-free kindergarten
Toys are omnipresent in children’s lives and are often the basis for playing. However, this is rejected in toy-free kindergartens, because at least at times there are no toys and no fixed structures. At first, there can be a certain amount of boredom, but the toy-free kindergarten is aimed precisely at this and wants to promote the children’s life skills by avoiding external stimuli and instead relying on the creativity and ingenuity of the children. Waldkindergarten
The concept of the forest kindergarten originally comes from Scandinavia, but has also long since established itself in this country. There is no fixed building, because all activities take place outdoors. The children are introduced to nature and experience adventures every day. Ordinary toys are not needed, because instead you will find everything you need to play in nature. Waldorfkindergarten
The Waldorf education founded by Rudolf Steiner is also practiced in some kindergartens. Waldorf kindergartens are characterized by the social tripartite structure and the anthroposophical view of man. Freedom, equality and fraternity are central principles that are already applied here in the elementary area. Kneipp Kindergarten
Kneipp kindergartens place particular emphasis on health-conscious behavior and are based on the teachings and findings of Sebastian Kneipp. A healthy and balanced diet, herbs, water, exercise and order form the central pillars of this kindergarten concept. Montessori Kindergarten
A kindergarten that relies on Montessori pedagogy sees each child to a certain extent as a “master builder of its own” and offers it a lot of freedom to develop its own personality. Montessori kindergartens have an open concept as well as the principle "Help me to do it myself". Farm Nursery
The farm kindergarten offers preschool children a rural environment in which they can live out and learn a lot about animals, plants and agricultural connections.

There are also many other kindergarten concepts that are more or less widespread in Germany. Sometimes there is also a focus on special language support including a multilingual concept. Spanish, Japanese, Italian or Chinese kindergartens are good examples of this. 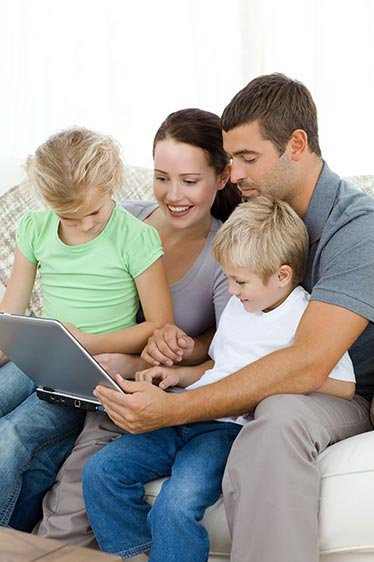 In view of the sometimes large conceptual differences, it is not easy for many parents to find the right kindergarten. The youngsters should be supported as best as possible right from the start, which is why the respective pedagogical approach is an important criterion. At the same time, however, there is an acute shortage of daycare places in Germany, so that many simply cannot afford to be particularly picky. Especially if you want to get back to work after the family phase, you as a couple need support for the offspring and should therefore start looking for daycare early on. In the course of this, this proves itself again and again as an immense challenge. In some cases, you have to register the child shortly after birth, for example, to be able to send it to kindergarten at the age of three.

In addition to the pedagogical orientation, the proximity to the place of residence is of great importance for the day care center search. The fact that it can be very difficult to find a place in kindergarten is not only frustrating, it can also endanger the existence of the whole family. If the childcare is not secured, the parents cannot work as planned, which can sometimes prevent them from returning to work. In order to avoid such dramatic situations, there is now a legal right to a daycare place in Germany. The current legal situation sees for children from the first year of life to School enrollment a legal claim to a kindergarten place. Accordingly, it should theoretically not be a problem to find a daycare place on site. Unfortunately, the reality is different, because in many places there are not enough spaces to actually fulfill the legal claim.

The difference between kindergarten, daycare and daycare

When it comes to childcare in a corresponding institution, different terms are sometimes used, which can sometimes cause confusion among laypersons. So we talk about a kindergarten, a daycare center or a daycare center. In addition, there is also day care for children, which should not be neglected in this context either. Parents who are simply looking for a place to look after their preschool children must first of all know the differences between the different forms of care in order to be able to make the right choice based on these findings. A visit to an appropriate facility is advantageous in favor of one’s own professional activity and also early child support, whereby the child should of course be given the best possible support and care. So it is not just a question of temporary custody of the child, which is why it does not matter in any way where and how the child is cared for.

For most parents, the search for a childcare place proves to be a science in itself. The challenge of getting a place at all and the variety of pedagogical concepts sometimes make it difficult for committed families to find the right childcare place. Among other things, it is important to know what you are getting into. For this reason, there are explanations for the common names below:

kindergarten
The kindergarten is a care facility for mainly children from the age of three, whereby full-day care is not standard. day care center
All-day care for children of all ages takes place in a daycare center. Kita
The daycare center is not an independent care facility, but only the common abbreviation for the daycare center. Kiga
The abbreviation Kiga for kindergarten has also become established and does not represent any other form of childcare. Child Day Care
As part of day care for children, children are looked after by a day care worker. There is often talk of a childminder.

The peculiarities of daycare for children are more or less obvious, since only a few children in the daycareer’s household or in the family’s household are looked after by the childminder. In contrast, kindergartens and day care centers are public institutions, which mostly consist of several groups, in which many children are looked after by some educators and other educational specialists. Kindergartens and daycare centers can be defined differently, but the educational sector has changed a lot in recent years. Kindergartens and day care centers often differ little from each other, so that such a clear demarcation is no longer appropriate.

Nursery school and after-school care – The difference to daycare

When it comes to the various terms related to childcare, the crèche and after-school care should also be mentioned. Since this is also about childcare, one could assume that these are just synonyms for daycare, but this is not the case. Nurseries and after-school nurseries are to be separated from the daycare center and have other focuses. The following explanations should clarify this and show the differences:

Who is responsible for childcare in the daycare?

Parents who have their children looked after in a day care center should of course know who is taking care of their child there. It is therefore important to get to know the caregivers. As part of the familiarization, there is often the opportunity to do so, so that the daycare staff are no longer completely foreign. In addition, mothers and fathers should also question the qualifications of the pedagogical staff, because these are by no means just educators. 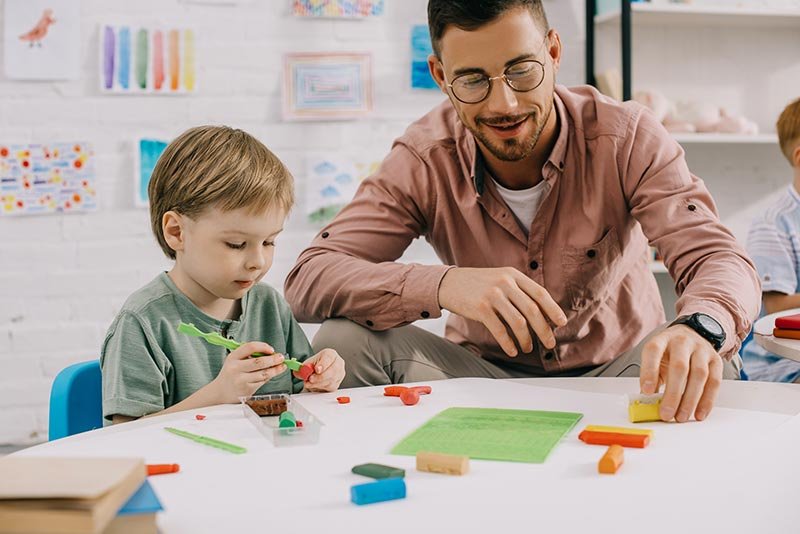 In addition, childhood educators, social pedagogues, nannies, social assistants and sometimes assistants are also active in daycare centers. The pedagogical staff is often very diverse and has long been more than just educators, although these are usually the focus.

Which kindergarten carriers are there??

Kindergartens and kindergartens are always run by a body that is responsible for the financing and management of the day care center. In many cases, these are church sponsors, which include, for example, Caritas or more generally the Catholic or Protestant parish. Charitable organizations such as the AWO or the Paritätische also appear in many cases as daycare providers.

In addition, the municipalities should not be forgotten here, because numerous daycare centers are operated by the cities and municipalities. Associations can also be considered as sponsors of daycare centers and kindergartens. It is not uncommon for there to be a parenting initiative. Finally, it should be pointed out that some kindergartens are operated by commercial and private providers.

Many municipalities rely on additional childcare options to meet legal requirements. The day care for children, which is typically provided by child minders and sometimes child minders, should be mentioned here. These look after children in the home or join together to form day care centers. In this way, the entitlement to care can usually be met despite the lack of daycare places.