Westworld: Sci-Fi drama series by Jonathan Nolan and Lisa Joy based on the original from 1973. 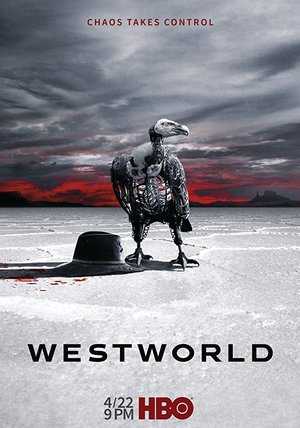 Westworld in the stream

Sci-fi drama series by Jonathan Nolan and Lisa Joy based on the original from 1973.

The world of “Westworld” is rough and brutal, at least for the human-like androids (hosts) in the futuristic amusement park modeled after the Wild West. For a few thousand dollars, Westworld guests can live out their most perverse fantasies at the hosts who feel and react like humans. In the evening, the dubious Delos company repairs the damaged bodies and erases their memory. As if nothing had happened, the remote-controlled hosts have to go through the same traumas day after day.

As the ingenious park creator Dr. Robert Ford (Anthony Hopkins), who is in dispute with the Delos group, having installed a mysterious update, the hosts are beginning to remember the previous days. From then on, little by little, they regain their past and their freedom – with grave consequences for the processes in the park. Soon the slaves begin to rise above their tormentors. Against the backdrop of the collapse, the fate of various androids and humans is interwoven.

These are the main characters

Host Dolores Abernathy (Evan Rachel Wood) is the naive innocence of the land, which doubts the loss of her father in her worldview. There is more behind Dolore’s fate than one might suspect. As one of the oldest hosts of the park, she carries so many secrets.

Host Teddy Flood (James Marsden) is honorable and likes to play the hero. His story includes protecting his beloved Dolores from brutal assailants. The program has however provided that Teddy fails. After Ford gives him a backstory, he remembers a mysterious character from his past called Wyatt.

Host Maeve Millay (Thandie Newton) is the cunning but warm-hearted barmaid who runs the local saloon. She is one of the first android to develop consciousness and take her own destiny into her own hands.

Bernard Lowe (Jeffrey Wright) is the right hand of park owner Robert Ford. Even if they both want to do the same – helping the hosts to a new level of awareness – they often clash with each other through their different methods.

man in black (Ed Harris) is notorious and dreaded in the world of “Westworld” because he is particularly brutal with the hosts. Since he came across a secret Easter Egg, he has developed an obsession with the park.

Dr. Robert “Bob” Ford (Anthony Hopkins) together with his deceased partner Arnold Weber invented the hosts and the Algorhitmus, which makes them so lifelike. “Westworld” is his ultimate life’s work, which he wants to protect from the greedy hands of the Delos company. He pursues a dark agenda that nobody sees through.

William (Jimmy Simpson) Together with his future brother-in-law, Logan (Ben Barnes), the heir to the Delos Empire, is vacationing in the park. At first, the shy William repulses the power of violence, but when he falls in love with the beautiful Dolores, he begins to outgrow himself.

Westworld in the stream

You want to watch Westworld online? Here’s an overview of which video platforms Westworld is currently legally streaming or available for download – from Netflix to Amazon Prime Video and Sky Ticket to iTunes.