Bleeding in children – Causes and relief of bleeding

If there is a bleeding in children, whether in the eye, under the skin or in the stool, this quickly causes insecurity among the parents. In our guide, we have summarized what parents can and should pay attention to in these cases.

1. Quickly respond to bleeding in the brain 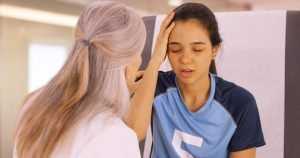 Bleeding in the brain must be detected in time.

If a child bumps their head or crashes while playing, injuries are not always immediately recognizable. Bleeding in the head is not visible from the outside. They can be caused by a fall, accident or a head injury. If a blood vessel breaks in the brain or if a harmful pressure develops, it can lead to a brain hemorrhage. Parents should look after their children after a fall or a blow to the head 48 hours watch well. If it shows abnormalities such as altered consciousness, vomiting, prolonged weeping, dizziness or apathy parents should go to hospital immediately.

2. Bleeding in the gut: These may be the causes 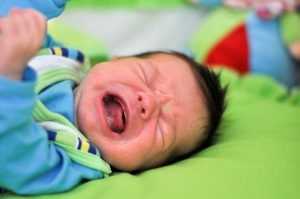 Bleeding in the intestines should be clarified by a doctor.

What cause Bleeding in the intestine in children, a doctor should diagnose. In many cases babies and toddlers are affected by an anal fissure. This is expressed by the bright red blood that is deposited on the stool.
If the blood is darker, it is more likely from the colon. One cause of this type of bleeding can be intestinal polyps (usually benign excrescences of the intestinal mucosa). As a rule, they are harmless and the child shows no further complaints. But intestinal bleeding can also have other causes, such as intestinal infections, who express themselves in a bloody diarrhea. There are also symptoms such as fever and abdominal cramps.
Bloody stools are not uncommon in newborns either. Even though blood in the stool can scare the parents off, there is often a simple explanation. During childbirth, a baby may swallow maternal blood, leading to a bloody stool. In case of uncertainties, a doctor should always be consulted.

Caution: Occasionally it comes with intestinal bleeding and confusion with hyperthyroidism. Foods such as beetroot or food coloring can also stain the chair red. Black stools can also be caused by foods such as liquorice, iron and coal tablets.

3. Bleeding under the skin and in the eye

4. Stop bleeding: How to apply the pressure bandage 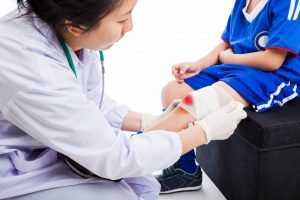 If a child has cut or bleed in any other way, you should stop it immediately because of the risk of shock from persistent, heavy bleeding.
To stop the bleeding, first lay the child down. Is the Bleeding on the arm or leg, you should store the affected body area elevated to the Interrupt blood supply. Sterile compresses must be used for the compression bandage. The best way to work in pairs: While one stops the blood supply, the other can create a pressure bandage.
Does not stop a wound from bleeding despite the pressure bandage, apply a second, firmer pressure bandage over the first one.
Once the bleeding is breastfed and the child is under pressure, an ambulance can be called. The child should still be supervised by an adult to remain conscious.

Tip: If a finger or other part of the body has been severed, it should be packed in a fresh plastic bag and refrigerated in a second plastic bag with ice cubes.