The three-day fever in babies and toddlers 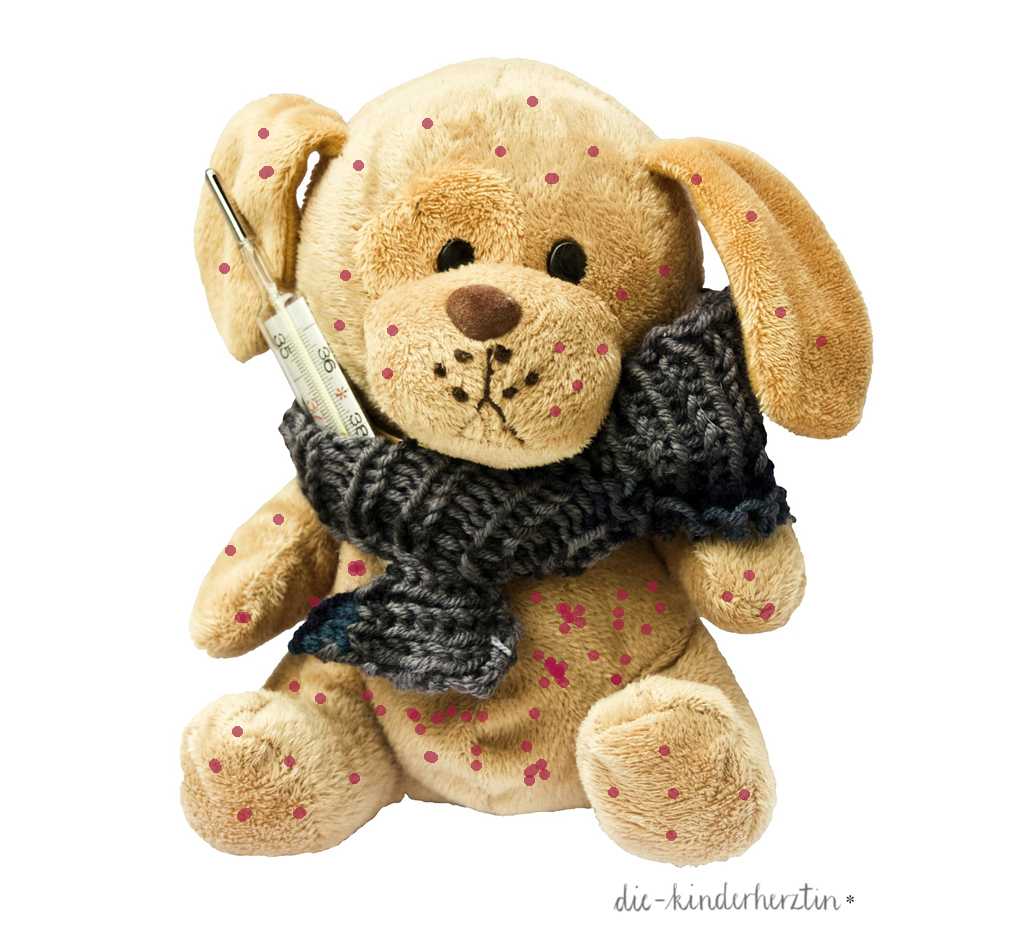 Advertising, as the text contains commission links The three-day fever: a common cause of fever in babies and toddlers

Your baby / toddler has high fever and you are worried? Maybe the fever is not only very high, but can also be difficult to lower by medication? In addition, the accompanying signs of infection that you otherwise know in your feverish child, such as Cough and runny nose, only minor or missing completely and you wonder where the fever comes from? After three days, the haunting suddenly stops by itself and the fever goes down. You’re glad, because you think that everything is over now, but then you suddenly notice a skin rash on the body of your child? Presumably, this will be the so-called three-day fever.

Before I go into it, I would like to say something about fever in general:

General information about fever in childhood:

Fever in children is a very common symptom. The fever itself is not a disease, but a natural protective response of the body against pathogens. The increase in temperature causes the body to mobilize its defenses and prevents the pathogens from multiplying. Thus, the body heats the pathogens through the fever properly.

Since the immune system of young children is still very immature, it must first “learn” in the course of life, how it can fight pathogens. Therefore children are very fast and usually very high. Especially the height of the temperatures often worries many parents. You can find a detailed article about “fever in children” here and the article about “infections in childhood” here.

Three-day fever is a typical childhood illness and is accompanied by (often high) fever and a rash. Among medics, it is also called exanthema subitum or Roseola infantum.

The three-day fever is common in babies in their first year or infants. After the third year of life, it is rare. This is because the virus is widespread and easily transmitted. Thus, infants get infected very quickly. However, once they have gone through the infection, there is usually a lifetime of immunity. After the third year of life, almost all children have an infection with the pathogen (sometimes unnoticed).

The three-day fever is triggered by a virus from the group of human herpes viruses. The so-called human herpes virus type 6 (rarely also type 7) is transmitted via the saliva or by droplet infection, that is, it can be transmitted via viruses that are transmitted by the smallest droplets when talking, coughing or sneezing from a sick person , infected. After a period of about 3-7 days (occasionally up to 2 weeks) then the typical symptoms occur.

The three-day fever usually begins with a high fever, which is sometimes difficult to lower. Usually the fever lasts three (occasionally more) days and is often accompanied by no further symptoms. However, there are also children who are seriously ill, so other diseases have to be excluded. Typically, after a few days of persistently high fever, there is a sudden drop in temperature and the appearance of a typical fine-pored, usually non-itchy rash. This so-called rash usually spreads quickly and usually affects the breast region and the abdomen and back. It can also spread to the entire body. The rash can persist for a few days, or be discreet and visible for a short time. Occasionally he will not be noticed.

The diagnosis is usually made by the occurrence of typical fever and rash. Surely, the diagnosis is therefore only when the fever has fallen and the rash occurs.

Hints that may indicate a low intake, especially in babies, are:

There is no special therapy for the virus, so that the three-day fever can only be treated “symptomatically”. That is, one alleviates the symptoms as needed with e.g. antipyretic agents. It is important that the affected small patients drink enough. Water or teas are best for that. Optionally, the tea may be given some glucose in powder form, e.g. Add this ad, so that (in particular with additional low appetite) a few energy sources are supplied.

Three-day fever is a common disease of infancy and early childhood. It is usually accompanied by persistent high fever for days. Because the diagnosis was actually made only after the fall of the fever and the occurrence of the typical haucas