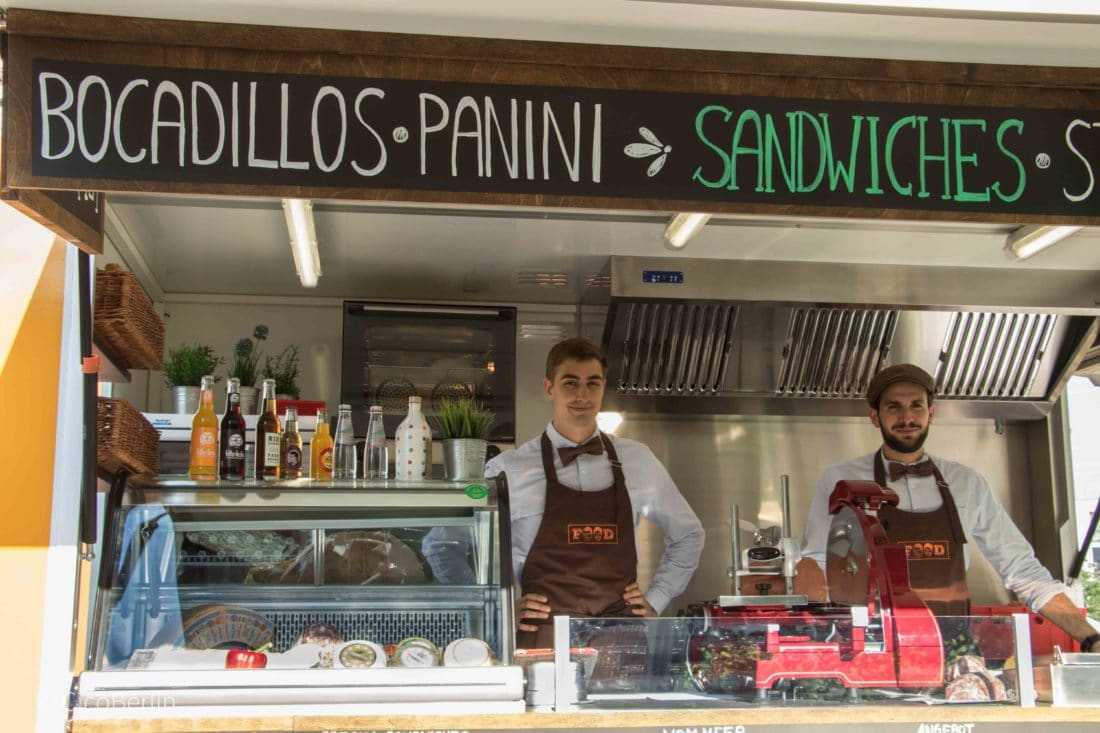 Streetfood Berlin – The story behind the latest food truck

Sure you like street food markets as much as I do. A wide range of delicacies from all over the world, who could not love it? In Berlin we have a great range of markets and “Street Food Berlin” is already known as a Must Do for visitors.

Maybe you strolled in a Berlin food market. Are they restaurant owners, chefs, or at least people like you and me. Is it complicated to start this business?

I’m asking myself these questions so often and saw the chance to get the replies, when I heard of a new food truck opening in Berlin.

Ben and Gabriele are the once behind “FOOD Berlin”, they want to bring gourmet paninis with handpicked ingredients to the people. I was at the very first opening, asked them all my questions and tried some sandwiches as well.

So here’s the story of FOOD Berlin, the latest food truck of Berlin.

The >Gabriele has been working for a long time in Italy as a cook. That was the time when I wish to start my own business with food was born. As sometimes happens, ideas need the right moment and the right match with one another. It took a few years but than Gabriele came to Berlin an met Ben. The two shared their passion for cooking professionally, became friends and started dreaming of this shared idea. “Panini” first sounds unspectacular, but what about quality ingredients, new combinations and fancy creations – something like a gourmet sandwich?

Street Food Berlin: The capital might be the right place to start. There are many street food markets, many interested people and a lot of visitors who are willing to pay the price for good food. 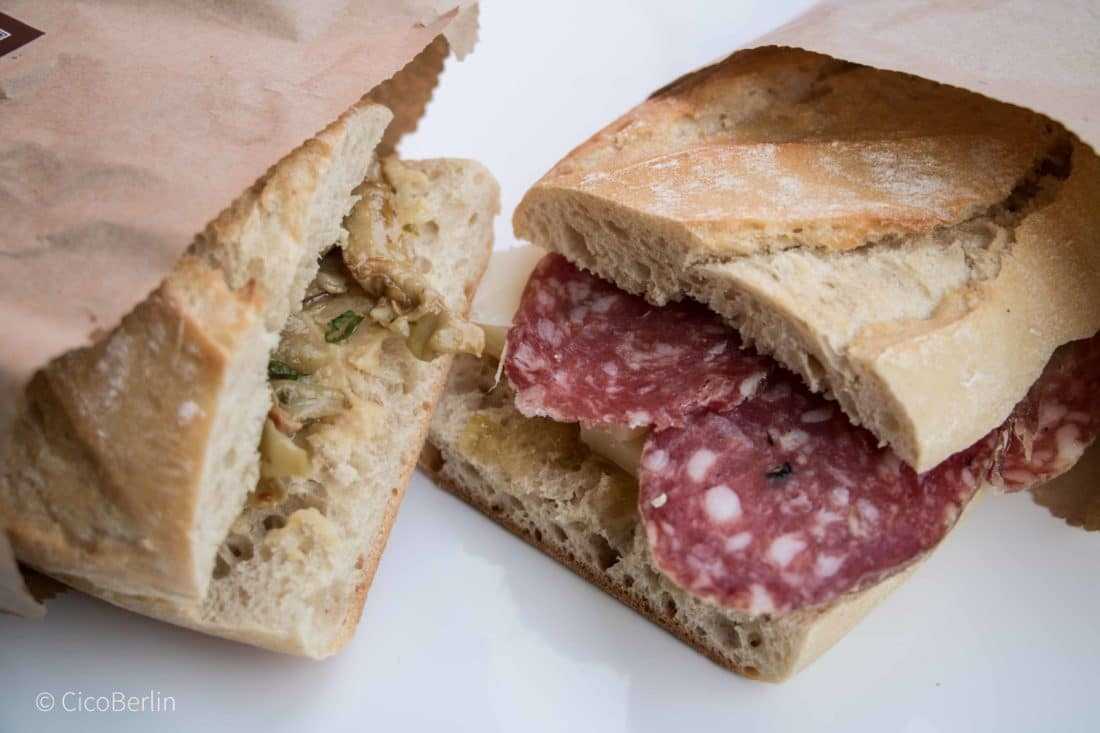 from >This idea must work! It wants work!

In January 2016, Ben and Garbiele made the most important step: They quit their jobs, put the focus and invested all their time and energy into the implementation of the idea. An exciting time started. A truck was needed, a name, a design and especially recipes and finally the products. They designed, ordered, discussed, tasted, negotiated with, sorted and combined. Until finally a selection of international small producers, who fulfill their quality and ecological standards, what is fixed. And the name was found too: FOOD Berlin.

Or not? Not really. Because even if the truck is filled with food, it does not mean that you are allowed to sell something. Berlin has strict guidelines, so it is not allowed to sell food on the street. The street food markets get a lot of requests and are already full with trucks. So most of the time they say “First become more famous than you can join us with your truck.

But hey, no one said that would be easy. “Do not give up” is the motto. So The two continued sending requests and talking to a lot of people. And then they got it: the commitment of the street food market in the Kulturbrauerei and thus of the “Kieler Woche”.

But stop! Before starting at the markets, there is a test run needed. 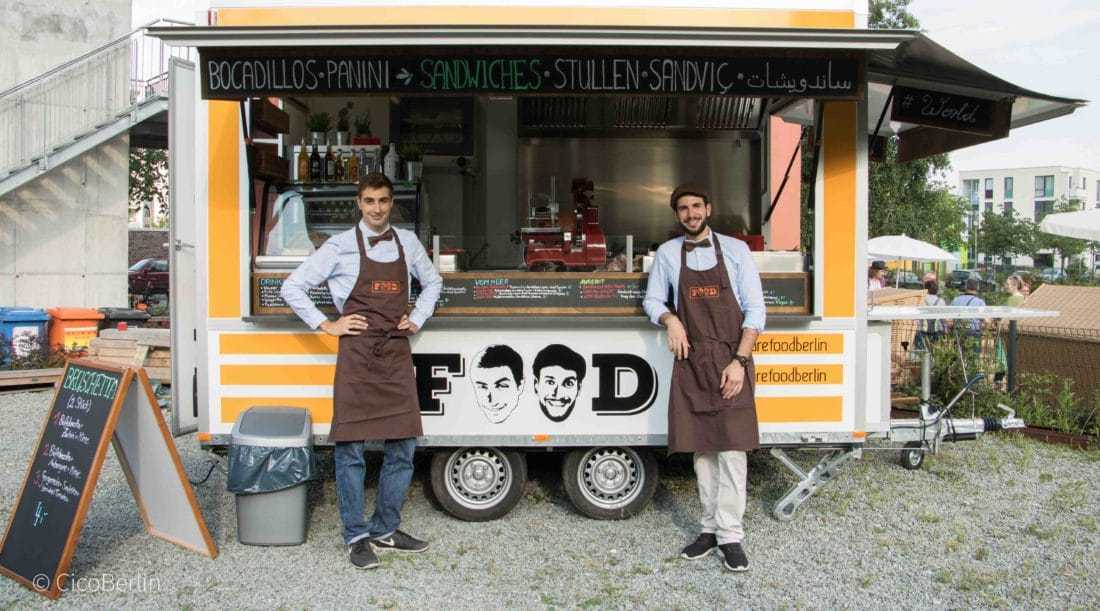 The time has come: The Opening.

Tension. Today you go. A test run in the circle of friends, family and interested people. There are a lot of questions hopefully answered this day. Will they like our creations? Do the costumers appreciate the high quality of the products and they accept the price?

It jerks a little. The offer signs come a half hour late, so maybe a clerical error has crept in and one of the advertised burgers can not be offered. Guests tilt their limo to the truck. That’s what happens when you start a business.

But then, everything is good. People order, eat and praise the taste. Gabriele and Ben are in their element. 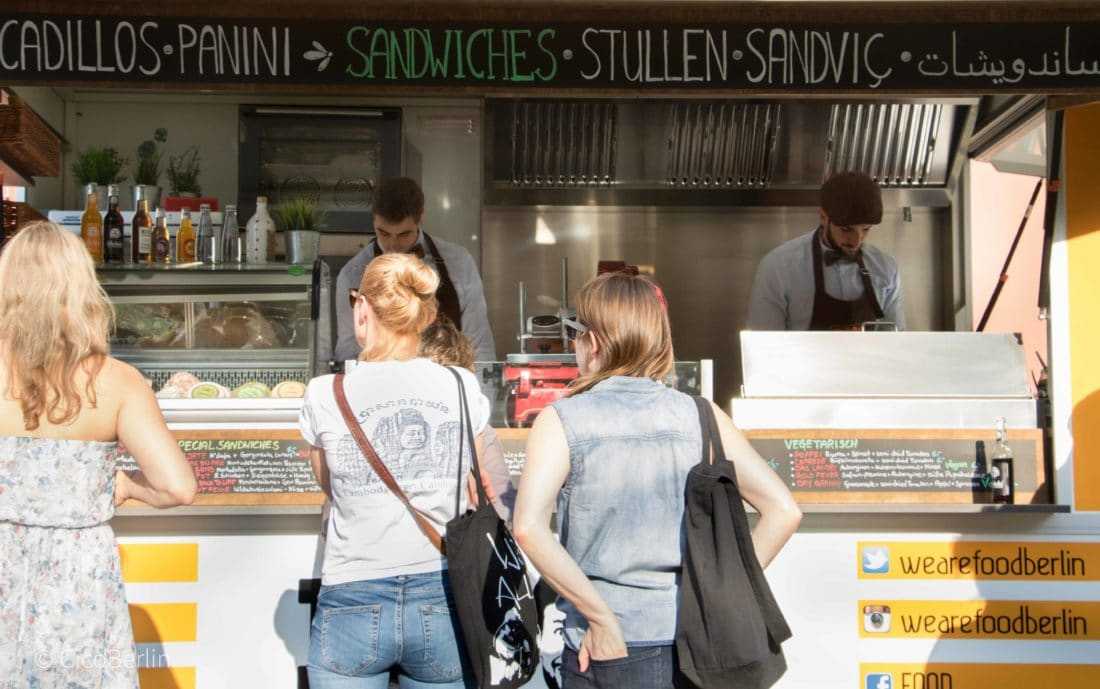 Name it as you like: sandwiches, panini, baguette. FOOD Berlin offers you freshly baked, warm, crusty bread, topped with the finest handpicked ingredients.

Making a choice is not easy. The selection overwhelmed you nearly. Panini with meat, sandwiches with anchovies, fancy bruschetta. For example “Dirty Bomb”: a ciabatta with freshly cut Mortadella, gorgonzola and sweet chilli sauce or “Do not be cowardly”: a sandwich with classy wild boar salami, cheese and sweet fig mustard. You are a vegan? No problem! You may enjoy culinary delights from Ben and Gabriele as well: “The Landis” for example is a sandwich topped with eggplant, chickpeasmash and mint. The Panini “Caprese” wants to be served classically with delicate mozzarella and semi-dried tomatoes. 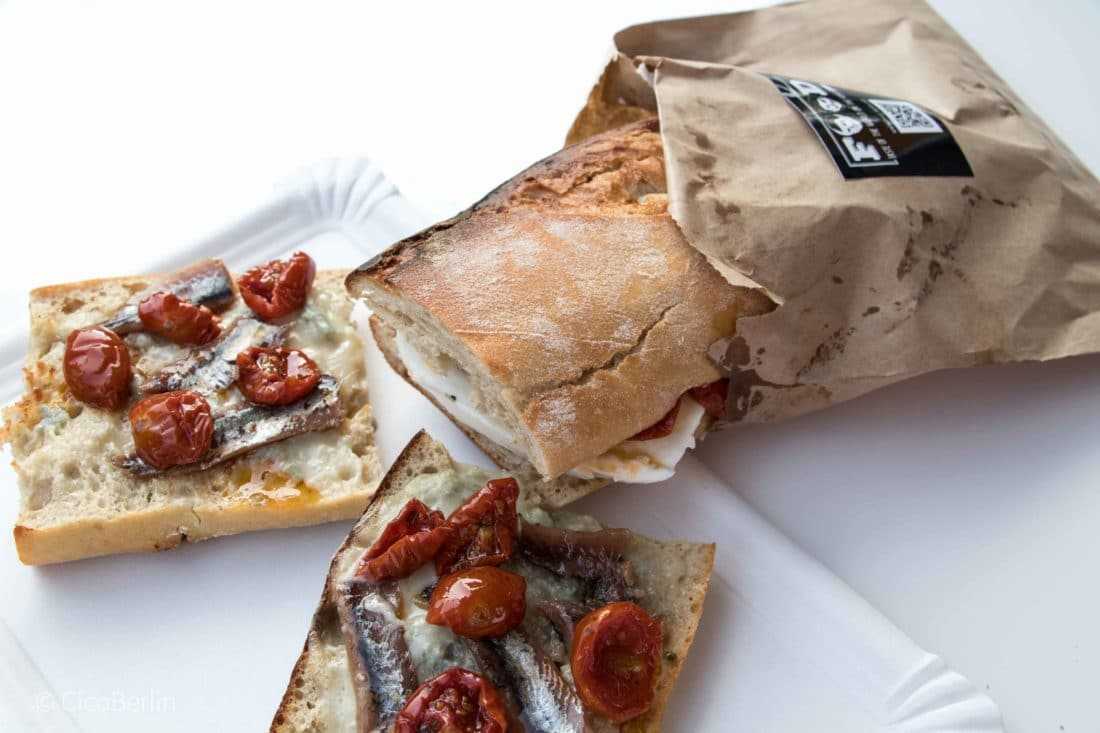 Now honestly, how does it taste?

Honest? When I read “Panini” I first thought: “Well, ok, Panini is a nice thing, but not fancy enough for a food truck on a street food market.”

But than I saw the two guys in there truck. As they cut the huge ham in front of the customers, topping the just warmed bread with homemade sauces, and really believe in there products.

I thought then: “That looks like a high quality and those are unusual combinations, might be better than I thought.” 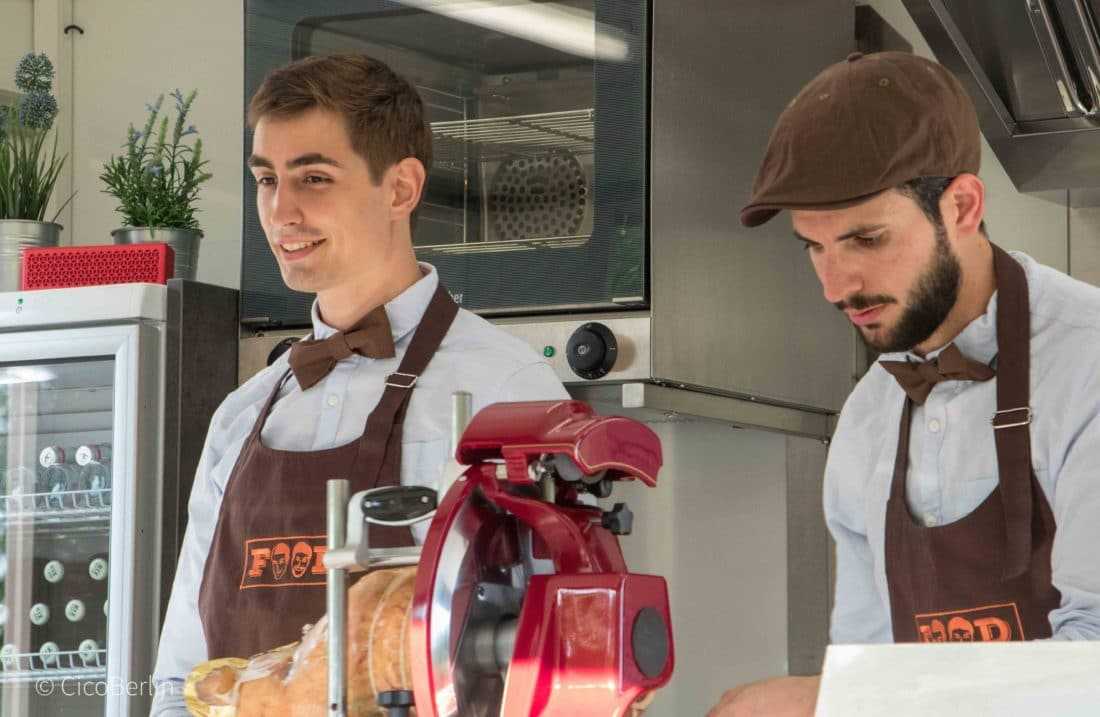 Well, then came the taste test. The “Landei” sandwich, plus a Rixdorfer Fassbrause. That was so delicious, that I had to order a second sandwich (f * of the bikini body). And then I became a fan: With the combination of semi-dried tomatoes, which I never had anywhere else and really high quality mozzarella – delicious. A bite from the sandwich of a friend “Do not be cowardly” convinced me of the meat quality too.

I was convinced that you would like these sandwiches too!

Now I have my fingers for these guys. That’s the place to go for sandwiches (bruschetta 4 €) and to get the most out of Berlin’s food, so they can establish themselves in the street food market world.

Are you hungry now? Do you want to try a sandwich? Street Food Berlin? No problem.

All other dates will be published on the Facebook page of FOOD Berlin.