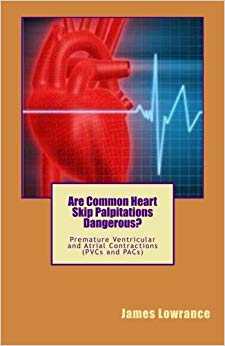 Cardiac arrhythmia – when are they dangerous??

Our heart beats about 100,000 times every day and can be compared to an engine that powers our bodies. Occasionally the heart gets out of rhythm. For example, it beats too fast, too slowly or irregularly, then one speaks of so-called cardiac arrhythmias. These can be completely harmless, but they can also occur in life-threatening forms and should therefore always be clarified by a doctor.

Forms of cardiac arrhythmias:
In general, cardiac arrhythmias are classified according to their place of origin (in the atrium or ventricle) and heart rate. Physical exertion, illness or medication can also make the heart beat slower or faster without it being pathological.

tachycardias
In so-called tachycardia, the heart beats faster than normal. Even at rest, a pulse of more than 100 beats per minute is present. Tachycardia develops in the atrium of the heart. There are both dangerous and non-dangerous tachycardias.

On the other hand, this can be life threatening atrial fibrillation and the ventricular tachycardia his. Atrial fibrillation occurs when there are very rapid successive, disordered impulses from the atrium to the ventricle. As a result, blood clots (thrombi) can form, which can loosen and lead to embolisms such as a stroke. The so-called ventricular tachycardia refers to a dangerous cardiac arrhythmia in which additional impulses arise in the ventricle, causing the heart to beat very quickly and increasingly ineffectively.

The ventricular fibrillation is in principle the most dangerous of all arrhythmias of the heart. It can be triggered by a ventricular tachycardia. The heart beats in this case no longer correct, but twitches more than 300 times a minute uncoordinated. The blood is no longer pumped, so this condition is also referred to as functional cardiac arrest.

bradycardia
The so-called bradycardia can also cause ventricular fibrillation in certain cases. In bradycardia, the heart beats very slowly and the pulse is less than 60 beats per minute.

In the Sinus node Dsyfunktion For example, the function of the sinus node (the heart’s natural rhythm generator) is disturbed or blocked, causing a slowed heartbeat. Is against it heart block Before, the transmission of the excitation pulse is delayed or inhibited, so that the heart beats too slowly.

extrasystoles
Other arrhythmias of the heart are the so-called extrasystoles (extra beats). These are sudden heartbeats that are outside the regular rhythm and lead to an irregular heartbeat.

Risk factors and symptoms of cardiac arrhythmias
For the various cardiac arrhythmias, there are certain risk factors that may favor their occurrence. These include, for example, heart disease such as heart valve defects, heart failure, heart attack, high blood pressure or myocarditis. But age, overweight, diabetes, drug and alcohol use can cause heart arrhythmias.

Some people find the disturbances in their heart rhythm very threatening, while others barely notice them. Nevertheless, there are certain symptoms that occur in cardiac arrhythmias and also give information on whether they are dangerous. For example, tachycardia, heart stumbling, dizziness, weakness, chest pain, shortness of breath, loss of performance, blurred vision, or a suspension of the pulse are typical. Unconsciousness can also occur.

If such or similar symptoms occur, always consult a doctor to have the condition cleared up. Using an ECG (Heart Rate Monitor) and other methods such as heart ultrasound and laboratory examinations, the doctor can ultimately diagnose if there is a cardiac arrhythmia and if it needs to be treated by medication or other therapies.