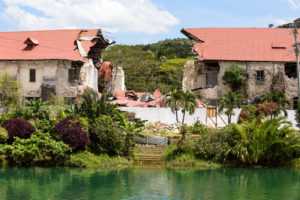 Are the Philippines dangerous??

The Philippines is located on the Pacific Ring of Fire, where 90% of earthquakes occur worldwide. The heaviest quakes of the last hundred years in the Philippines occurred in Mindanao in 1973, followed by Luzon in 1990.

In 2013 there was also an earthquake, which also affected the holiday island Bohol.

The earth often trembles there, quakes of small strength are often not perceived by humans.

Earthquakes are the only natural disasters in the Philippines that are still difficult to predict today and therefore pose a security risk. But this is not just true for the Philippines.

During the typhoon season (typhoon season) between June and December, the Philippines receives an average of around 20 typhoons per year.

It is usually the same regions, Samar, Leyte and Luzon, on the Pacific coast that are exposed to the “landfall”, ie the strongest wind speeds.

For Filipinos, these tropical cyclones, which often bring heavy rain, are a normal phenomenon. Raging outside a typhoon one does not leave his simply house.

Exceptions are announced super typhoons where certain areas need to be evacuated. Such a super typhoon or even century typhoon in 2013 was Haiyan or Filipino: Yolanda. With peak wind speeds of 230 km / h, Yolanda was one of the strongest hurricanes ever recorded on Earth, claimed fatalities and caused great damage.

Typhoons can be said several days before today. For corresponding messages, e.g. should approach a super typhoon, measures for departure can be taken.

There are 18 active and 19 dormant volcanoes in the Philippines. The activities of the volcanoes are strictly observed and measured. At the first sign of a dangerous increase in activity, the volcano is closed off and residents can be evacuated. The last volcanic eruption, the eruption of Mt. Pinatobu, occurred in 1991.

The volcanoes as well as the typhoons pose a low threat to safety in the Philippines, as these natural disasters do not happen unexpectedly and suddenly. 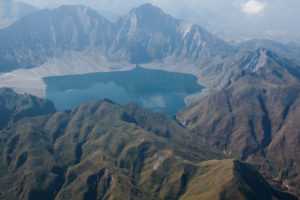 The largest Everyday danger in safety poses in the Philippines The traffic is. Vehicles are now and then in poor condition and traffic rules are ignored or not even exist. Therefore, pay attention to which vehicle you are entering. This particularly concerns tricycle, motorbikes and ferries.

Usual vehicles in the Philippines:

Van: is used for trips or longer trips

Jeepney: A kind of public bus in cities like Manila. (The Jeepneys are former military vehicles of the Americans.) 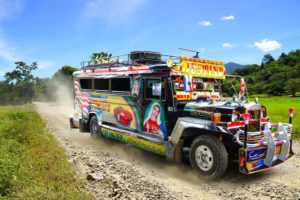 Tricycle: Motorcycle with covered sidecar, a kind of Tut-Tuk. 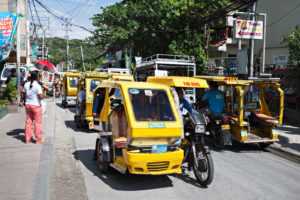 Motorbike: Sitting behind the driver on a motorcycle to get somewhere is common in the Philippines. Filipinos call this type of locomotion Habal-Habal.

Ferries: Special caution is advised. It is advisable only renowned ferries with approximately European standards such. Oceanjet or To Go.

If you travel with us you do not expose yourself to any major Philippines security risk due to our local knowledge and verified partners.

The only really dangerous areas in the Philippines

There is an area in the Philippines that one absolutely avoid should, since here Islamist terrorists in the otherwise peaceful and almost exclusively Catholic country are active. The recent fighting in Marawi City and kidnappings, e.g. The abduction of the German sailor couple last year, are just a few reasons why one should not enter these regions if a body and life are nice. The terrorist groups are particularly keen to take hostages in the area.

The following regions are affected:

Outside the island of Mindanao and adjacent Sulu Sea, there has been only one abduction case of foreigners in the Philippines over the last 20 years.

This occurred in 2001 in the Honda Bay on Palawan.

In the entire Visayas, there has never been a kidnapping of Western tourists.

Due to the size of the island state you have to look at the security here very differentiated. Outside the no-go areas, terrorists in the Philippines can not gain a foothold. This is partly because of the rigorous rejection of the population as well as the hard-line measures of the Philippine police and the military, as the incident on Bohol in April 2017 shows.

Terrorists have no chance to operate in much of the Philippines, their strength is too low (estimated at a few hundred) and their means too limited (their only option is the sea route, which would be too long for small speed boats to more distant islands)

Finally, to the Philippines security is to say:

Do not enter slums in big cities like Manila 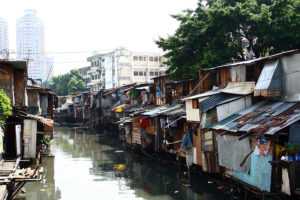 Watch out for sunscreen, headgear – you’re under the tropical sun

If you buy on the street, primarily in more untouristic areas, shakes, drinks with ice cubes or open drinks with water like iced tea, ask if the water is “purified”. Europeans can not stand Filipino tap water.

The Filipinos are a nation that is basically very open and friendly towards foreigners. Not infrequently visitors are surprised how helpful Filipinos really are. Nevertheless, you negotiate especially with taxi and tricycle rides, because there are everywhere people who want to take advantage of the inexperience of strangers.

Stick to what is still running on the page of the Foreign Office: