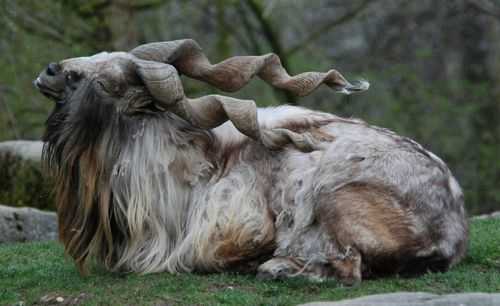 FAQs: How big is Malta and other interesting facts

In this post I will answer the most frequently asked questions about Malta and also tell some interesting facts about Malta.

1. Where is Malta actually??

Malta is located about 90 km south of Sicily and 290 km southeast of Tunisia in the middle of the Mediterranean.

The Republic of Malta has a total of five islands, of which only three are inhabited (Malta, Gozo and Comino).

The population in Malta is approximately 423,282. People.

3. What is the capital of Malta?

The capital of Malta is Valletta (also called il-Belt Valletta, Valetta or La Valletta). The city was named after the Knight of Maltese Order Fra ‘Jean de la Vallette.

Valletta is the smallest capital in the European Union in both population and area.

The entire city has been a UNESCO World Heritage Site since 1980.

4. What does the Order of Malta have to do with Malta??

In 1530, Malta, Gozo and Comino islands were given to the Maltese Order as a fief.

During this time, Malta was a very important strategic point as the Ottomans tried to push to Europe.

To ensure better protection, Malta’s capital was relocated from Mdina to the Great Harbor, which was fortified by strong defenses.

Under the leadership of Grand Master Fra ‘Jean de la Vallette (after whom the capital of Malta was named), the Order of Malta managed to ward off the great Turkish siege.

Two centuries later, Malta was occupied by Napoleon Bonaparte as a strategically important point on its way to Egypt. Since the Order was forbidden to fight against Christians, they left the island.

5. Which language is spoken in Malta??

Malta is known in Europe for learning English in addition to England.

This is because there are two official languages ​​on the island – Maltese and English.

6. Why is English spoken in Malta??

Malta was occupied by England in 1800 and was an English colony until 1964.

Because of this long British colonial era, almost all Maltese still speak English. English is also the second official language of the country besides the so-called “Malti”.

7. Where does the name come from – Malta?

Malta goes back to the Punic word for sanctuary “malet”. The Greeks called the island Melite and the Romans called it Melita.

8. How long does the flight to Malta take??

The flight time to Malta from the largest German airports is relatively short with about 2.5 hours.

The Maltese airport is just a few kilometers south of the capital Valletta. From the airport you can easily reach all places in Malta by transfer, public bus or taxi.

Due to its location, Malta is one of the warmest resorts in the Mediterranean and suitable for a beach holiday until late November.

But I think that the best travel time differs depending on the type of vacation in Malta.

If you want to explore the islands and go hiking – then the perfect time is between the end of October and May. The weather is not so hot anymore, so perfect for a hiking holiday.

If you are planning a relaxing beach holiday then the perfect travel time is from September to November. The water is still warm enough to go swimming, but there are far fewer people than in the summer months.

Is your plan to meet new people and celebrate a lot? – Then in summer to Malta! At this time is the most busy on the island.

10. What is the best vacation spot in Malta?

Just as with the travel time, you should differentiate the resorts depending on the type of vacation.

Families with small children will feel most comfortable in Mellieha and St. Paul’s. There is one of the most beautiful beaches in Malta, which drops very shallow into the sea.

The perfect place for a party holiday is St. Julian’s with Paceville- the largest party mile in Malta.

If you want to enjoy the nature and tranquility, you should book a holiday on Gozo.

11. What are the usual opening hours of shops?

The opening times are quite different in Malta than we know them from Germany or Austria.

During the summer months, the authorities, among other things, open post office and also banks only between 08.00-13.00.

Most of the large supermarkets and shops in tourist areas (St. Julians, Valletta, Sliema) are open all day long, although in Valletta all shops close at 19.00.

If you like shopping longer, you should stop by Bay Street in Paceville. Here the shops are open until 22.00.

12. Do you have to pay attention before arrival??

Yes, unfortunately Malta still has no sockets that we know from Germany and the rest of Europe.

Therefore, an adapter for the holiday in Malta packs.

By my stays in Malta without adapters, I have another tip for you, but certainly not all will find cool.

What the hell, with me and my friends it worked great:

You put in the top hole of the socket a cotton swab and then the plug.

If you still have questions about Malta, write me in comments

Call us for a free travel consultation:

Hi, we are Daria & Thomas

Daria was already at 14 in a boarding school in Malta. Later she came again and again. She has transformed her love for the island together with Thomas into AllAroundMalta.de.

5% discount on all day trips from MaltaExcursion.com with the code allaroundmalta.