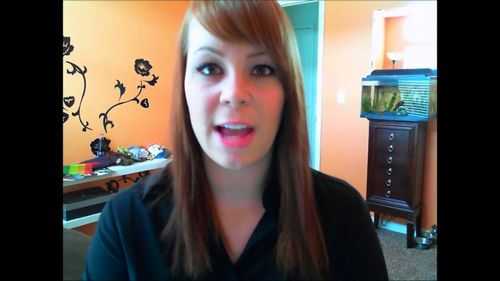 10 questions you would never ask a lesbian mum

Some time ago I found the account of Cindy frl.unicorn on Instagram. She has a normal account. In the pictures you usually see her, but also now and then her daughter, Ruth. Conspicuous is her account already something, because Cindy wears a large, dark glasses, has many tattoos, tunnel in the ears and likes to wear eye-catching lipstick and nail polish. But you will discover something special when you look closer at her side: Cindy is a lesbian. And a mom. And she tells us today which 10 questions are asked most frequently. Or what questions most would like to ask her, but then do not dare.

But now first some information about Cindy: She is 30 years old this year and her little daughter is 6. They moved to Berlin 2 years ago and live in Friedrichshain. Before that they lived in Hamburg. Hamburg was the first place for Cindy, where she really felt free. There she was able to be a lesbian for the first time, without which it was really bad or special. In Hamburg, Cindy met her first great love. The first woman, after her outing. Cindy has many nice memories of Hamburg, but unfortunately also some negative ones. So they moved to Berlin to arrange their lives for Ruth. In Berlin, the two then arrived correctly and Cindy had the opportunity to develop further. Since last summer Ruth also goes to a Berlin school. The two live alone and are super happy with it. Now and then it’s a bit stressful, because Cindy is still working, but Cindy likes life as a working mom. She says: “We lead a normal life between madness and rainbow.”

10 questions you would never ask a lesbian mum

1. Oh yes, lesbian? And where does your child come from??
Cindy: Hach … I keep hearing this question. In addition, then a reproachful look and the statement: “Then you are probably not so lesbian!” I then switch to Durchzug and ask my opponent, where their child comes from. Well, then there is usually only a “Hhhmmm” and it is silent.

2. Were you then together with a man before??
Cindy: Yes, I have been with a man before. From him is my daughter too. But I realized in the relationship that I’m really into women and I finally have to confess. That was not easy for him and for me, but the step was necessary.

3. With syringe or with real sex?
Cindy: Ruth was created by the so-called real sex. But I have friends who despite insemination (syringe) have “made” their children through real sex.

4. Does your child know his dad?
Cindy: Yes. And for me that’s also important, but whether that is necessary, everyone must decide for themselves. Ruth was created by him and should then know him. Had I got her with a partner, there would be no direct male caregiver.

5. Is there a moment when you pretend to be straight??
Cindy: No. I hid in the hetero world for a few years and it was not nice. I am me and whoever feels that is bad should just go.

6. Do you think your daughter will also be lesbian??
Cindy: There are phases, the children want to be like parents. Then there are phases in which they never want to be like their parents. And then there’s the phase where they become who they want to be. Whether lesbian, straight or otherwise. The main thing is that she is happy with it.

7. You do not even notice that you are a lesbian.
Cindy: How do you look like lesbian? I am a woman who loves women. No more and no less. In the morning even without make-up.

8.Do you fear your daughter to be embarrassed?
Cindy: laughs. That was me already. I wanted to give her a kiss in the schoolyard.

9. Children need a father?!
Cindy: Oh yes? Do not children need people who respect, love and appreciate them? Give you courage and catch them when they fall? I think that’s what kids need. Whoever gives it to them does not matter.

10. How does your child react when you have a partner??
Cindy: Like every other child. A little jealous, until it recognizes the benefits of a partner. &# 128521; Ruth has grown up with it so far and I talked to her early on. So it’s quite normal.

What would you advise the women who have not yet geoutet?
Cindy: I do not have any special advice for the women who want to come out. It is much more important to say that everyone should always decide as the heart says. Do you feel attracted to women, then women love. If you would rather be a man, then it is. Just be everything you want to be. That’s exactly what our children need. Self-confident role models! The little ones should also develop freely. You can always be everything. You just have to do it!

Dear Cindy, many thanks for your honest words!