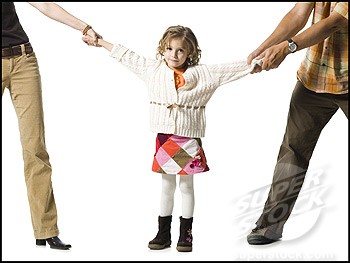 Children and custody – separation with child

In order to annoy the other spouse, many spouses tend to the other parent out of disappointed emotions Refuse to deal with the child. It is becoming increasingly common for the caring parent to obtain a protection order from the court that prohibits the parent who has moved out from seeing their children. The background to this violence protection order is often, but not always, understandable.

In extreme cases, the parent who is now the sole carer can be overwhelmed with the upbringing of the children in such a way that the children are no longer properly cared for.

A Separation with child is always problematic. Actually, this is a matter of course, which results from the nature of the matter. That is the child welfare the Act to Protect Violence is unfortunately all too often misused as a weapon. In order to enforce an interim order at the family court, it is initially sufficient if one parent claims that the other parent has inflicted physical or perhaps physically damaging psychological damage on the child or removed it from their own access. The court is obliged to hear the youth welfare office. However, if the claimant parent claims that there is “danger in arrears”, the court can make the unilateral order without consulting the youth welfare office. Even if the provisional order can later be canceled because the situation is different, all too often accomplished facts are created.

Children must not be means to an end if the purpose is simply to hurt a parent. It is not for nothing that family law focuses on the child’s well-being when it comes to separation with children. Everything that harms the child’s best interests must not be the subject of what parents do when they separate from their children. Child welfare is everything that positively influences the child in his mental and physical development. When parents separate, the children suffer. Your world, which may have been intact by then, is breaking up. They usually do not understand why the parents no longer understand each other and only argue without the child’s view of a reasonable reason for this.

If the family court decides that a parent can no longer enter the apartment shared by both parents, approach the child, call the child or contact them at all, this can be an enormous burden for the child, which is his exceptional emotional situation only tightened. The parent, against whom a measure is directed under the Violence Protection Act, remains always mother or father of the child. There is nothing that can change. Every parent should respect this biological fact. Only this respect does justice to the child’s best interests. If a separation with a child is inevitable, it should be carried out so that at least the child does not get under the wheels.

There is another aspect to consider that many parents simply underestimate. In extreme cases, the parent who is now the sole carer can be overwhelmed with the upbringing of the children in such a way that the children are no longer properly cared for.

Especially when it comes to separation with a child, situations arise in which one parent alone has to assess and decide on circumstances that he or she has previously met together. If he has to make the decision against the will of the child, his own authority suffers. It is an old experience that children take advantage of such a situation and argue that the other parent would certainly not have made the decision. If you do not take this into account, you are already in a losing situation, even if you do not want to recognize this at first. If you want to keep your influence on the child, you are well advised to involve the other parent as much as possible and above all to make trend-setting decisions to discuss together and to represent the child.

Sure: It is easy to utter such noble words here. However, it is nothing other than the experience of lawyers and judges, but also many parents who have experienced a separation with a child and know from an objective point of view what parents can do in their emotional pain due to separation and divorce. As I said: The child’s best interests should be the measure of all trade.