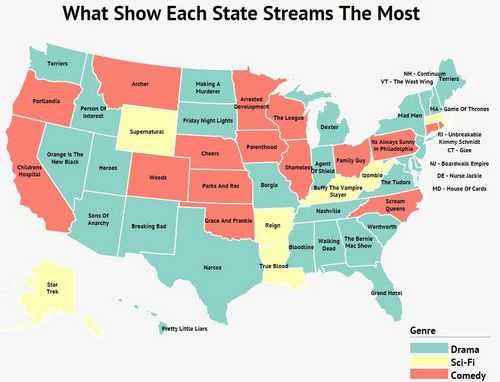 States of the USA – 50 individual states

“This year it’s off to the USA.” Anyone who reports on his holiday plans will be waiting for interested inquiries. Where, please, does the journey lead you exactly? After all, the North American continent, excluding Canada, has 50 states to offer.

The variety could not be more colorful and eccentric than it actually is. From South Seas romance in Hawaii to inhospitable snowy landscapes in Alaska, the US does not mind. Even between these extremes things are interesting. Deserted deserts in Arizona also shape the image of the USA and the megacity of New York City; Skiing in Colorado (ski holiday checklist) is just as much fun as beach life in Florida (beach vacation checklist). Even if it sounds a bit clichéd: The fascination of America leaves no travel desire unfulfilled and is good for many real surprises.

The east coast – everything started here

The conquest of the North American continent by the Europeans began on the east coast of today’s USA. Maine, New Hampshire, Massachusetts, New York State and Rhode Island, Delaware and Maryland are therefore the oldest areas on which European settlers set foot. This is noticeable to the states on the east coast to the present day. Nowhere else in the USA has Europe’s attitude to life been preserved as it is here. The architecture, the education system, the entire “lifestyle” is still influenced by the “Old World”, albeit with decreasing tendency. In Pennsylvania, with the Amish People, there is still a large group that sticks to the values ​​of the past up to the refusal of technology. An interesting metropolis of the northeast is Boston, which presents itself and its attractions beautifully on a walk along the “Freedom Trail”. Among the scenic highlights of the East Coast, in addition to the magnificently colored forests in the Indian summer, are the Niagara Falls in the state of New York on the border with Canada. The outstanding cities of this Greater Region are, of course, New York City and Washington D.C., the US capital with the seat of the President.

Also in the north, though not directly to the east, visitors to Minnesota, Wisconsin and Michigan are approaching the Great Lakes. Here Chicago is the defining metropolis.

Where on the east coast cool activity trumps, there offers the south zest for life and warmth. The southern states are unified in that they all allowed slavery in the past. Today, the joy of abolishing it seems still subliminal to determine everyday life. Music, great food and a warm and friendly atmosphere, but also with guests characterize the atmosphere in states such as Georgia, Mississippi, Alabama, Louisiana and North and South Carolina. Savannah, for example, in the state of Georgia is considered the most hospitable city in the United States. What can not be missed in the south? New Orleans, for example, is a “must”, best for the carnival. So the “Mardi Gras”. Then the whole city is upside down and you can experience a spectacle of music, costumes, dance and enthusiasm that will leave indelible impressions. Of course fans of Elvis Presley do not come around for a trip to Memphis in the state of Tennessee. There is “Graceland”; the house where the King of Rock’n Roll lived for a long time and eventually died. Also a mecca for music lovers is Nashville, home to legendary country music.

The South, of course, is unthinkable without a state. Of course we are talking about Florida, which with its informal way of life and its dream beaches is a longing destination of many Northern and Central Europeans. But that’s not all. Even children from all over the world have chosen this US state as their absolute favorite. This is not least due to Orlando, where around 50 theme and theme parks strive for the favor and money of the visitors. The stars of these facilities are clearly the parks of the Walt Disney Corporation.

The land of cowboys

Who embodies the US for many Europeans more than the legendary cowboys who fought for their country with the equally legendary Indians and finally forced them to their knees? They were the trailblazers for the pioneers and settlers who eventually tore the continent on their long treks. No state stands for this past more than Texas, but also in Utah, New Mexico, Oklahoma, Wyoming and Arizona, the Wildwestromantik lives on. Speaking of Arizona. With the Grand Canyon, this state is home to one of the largest tourist attractions in the United States. Another highlight, the Yellowstone National Park “share” contrast, the states of Wyoming, Idaho and Montana.

The dream of the wild west

Even deeper into the West, eventually even the US will reach its limits. Where the Pacific spreads, North America finds its end. Almost, if you take the state of Hawaii and possessions like American Samoa once. Of course there is still a lot to see on the way to the Pacific coast. Las Vegas, for example, the casino and show paradise in the Nevada desert. From there it can then continue to the famous neighbor, who also makes the heart of many Europeans beat faster. California stands for a casual, relaxed lifestyle, for enjoyment and, of course, for the world of beautiful light. In Los Angeles and Hollywood, it houses one of the core industries for which the US is known.

A city with superlatives is also San Francisco. Not only because of the Golden Gate Bridge it pays to make a stop there. San Francisco is the food capital of the United States, and good wine is not averse to it. Who is surprised? Both Napa Valley and Sonoma Valley are not far away.