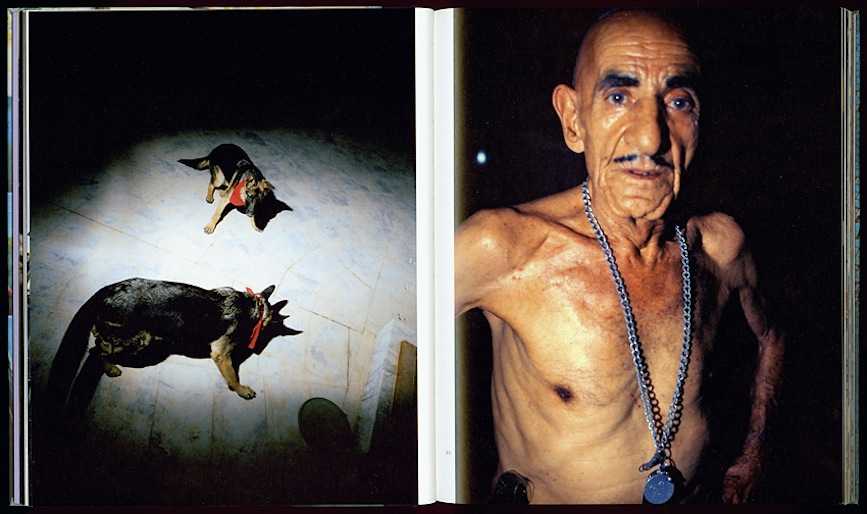 When I found Karsten Kronas’ photobook Beyoğlu Blue on a shelf a few months ago, I could not stop thinking about it. For a start, I’m fascinated by the transgender scene in Turkey and I wanted to see who else there was apart from Bulent Ersoy, the diva of classical Turkish music. So I found myself wondering how someone managed to gain access to this subculture. I admire Karsten for you do not normally get to see. Using colorful, high-contrast imagery, he portrays transsexuals living in Beyoğlu in a poetic way. Kronas studied photography at the University of Applied Sciences Bielefeld and the Marmara University of Istanbul and now works as a freelance photographer. His work has appeared in magazines and journals dummy, Gripping and Slanted. In 2011, he was nominated for the German Photography Prize. 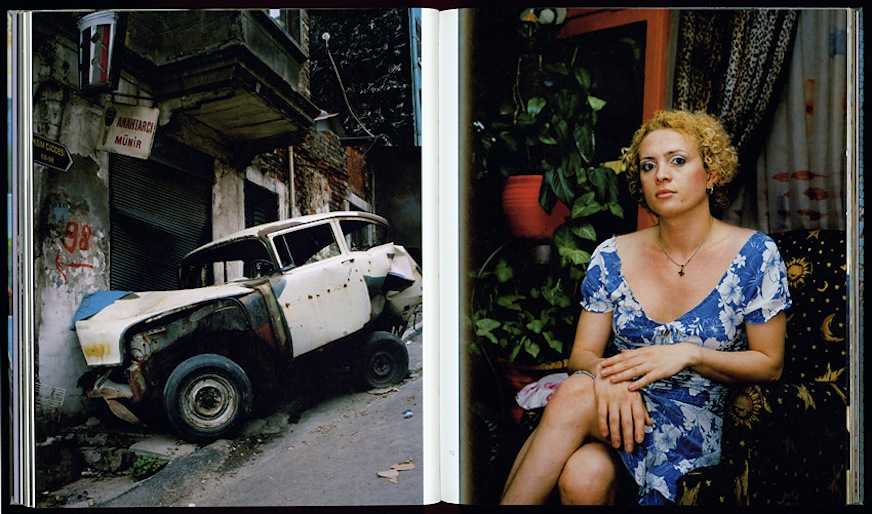 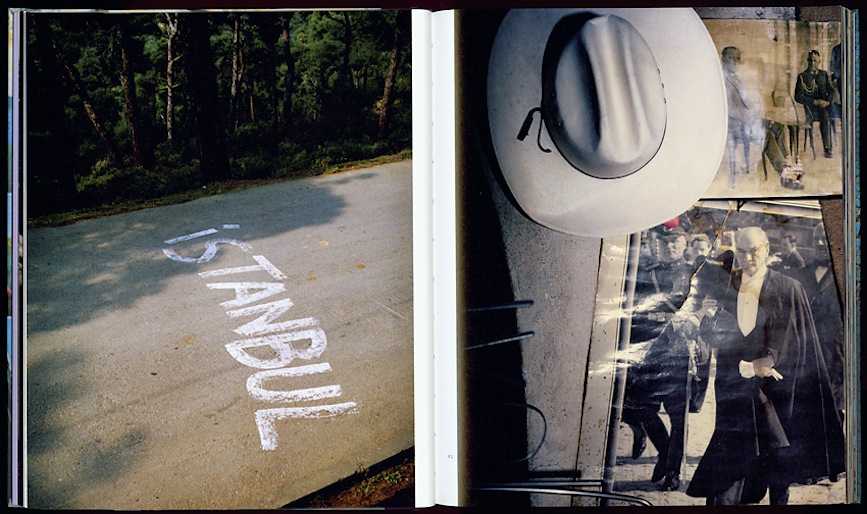 Amongst other things, your photos illustrate the underground transgender scene. Why did you choose a taboo??

I never really felt that transgender people were living in the underground. To me, they are an essential part of Beyoğlu and that is how I approached them. When I was in Istanbul for the first time in 2003, I was surprised how western Turkey seemed. Over the next two years, I would often ask my view. As far as I was concerned, the transsexual culture was a bold form of “revolution” and I wanted to learn more about how I have experienced and perceived Turkey.

It took a couple of years to realize that I was addressing the issue that a taboo – that happened City Gallery in Mannheim two years ago. It was a curated exhibition together with another photographer and a photographer from Beyoglu, and what a hero to celebrate Mannheim and Beyoğlu being twin towns. Initially, we were going to exhibit together, but apparently the Mayor of Beyoğlu and the delegation that came with him were affronted by my photographs, so my vernissage was brought forward by two weeks. Two weeks later, during the official opening, some of my pictures were removed in order not to offend the Turks.

I’ve often heard that it’s really hard to get in touch with transsexuals. How did you manage to enter their world?

It really took a bit of time and extra work in advance to build up the right amount of trust; this was because I looked for contacts in the scene and not via an association. But for me that seemed the most compatible and more honest way.

Can you describe any times when you saw yourself heading towards danger?

When I started to work on the project, I automatically had to seek out the back streets of Tarlabaşı where some of the transsexuals live. Thes streets below Taksim Square are not pretty, but I was aware of the risks. It’s more dangerous inside closed flats, because then you are exposed to the clients. 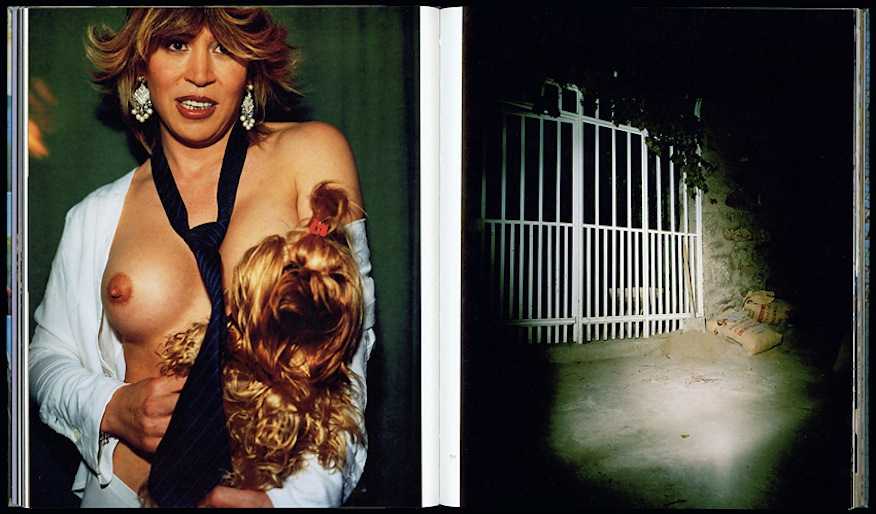 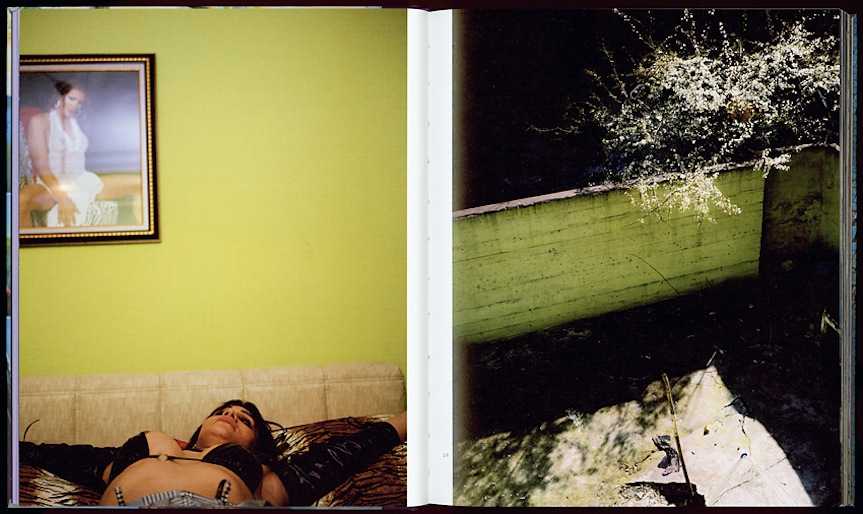 Is there a reason why so many transgender people earn their money with prostitution?

As far as I can see, it is about a social model based on class and usual prejudices. Most of them have no money and are valued accordingly. Bulent Ersoy, one of the most famous pop stars in Turkey, does not have any problems in her career because of her transsexuality. But there are some people who see us as easy money to make money.

Did you hear stories of misfortunes that affected you personally?

I often had the impression that their lives are a chain of misfortunes and it would not have felt right to suggest that I could really understand. There were times when it was very hard to share their personal fate and I would find myself feeling like crap.

You’ve said, and I’m quoting you here, “Rules and dogmas of a predominantly Islamic society recede and the abnormal becomes normal.” Has your perspective in terms of normal and abnormal shifted because of your work?

I would not say that my perception of normal vs. abnormal has changed. But more and more, I try to avoid putting things into categories. However, assuming that there is such thing as morality, then a sensitivity for the double standards in Turkish society has crept in since. »Millions of homosexual men, gays argue, although they are the true heirs of the Ottoman tradition, have been suppressed during the course of Westernization, and lead a life in the underground in constant fear of discovery …« Deniz Kandiyoti, Call me Istanbul is my name. Call me Istanbul is my name – ed.) (Eds. Roger Connover, Eda Cüfer, Peter Weibel).

What were you doing when you traveled to Istanbul and what did you learn?

In 2005, I returned to Istanbul to find answers to my questions in 2003. I did find some answers, but I returned to Germany with a lot of new questions, so I went back to Turkey again in 2007. That’s it when I started to work on the “Heterotopia” project.

Your photography is very vibrant, colorful and full of contrasts – do you hope to convey a certain feeling? And if so, what would that be?

Thank you! I am always really pleased when people can see it that way. The level of color is one of the constant in the photographs, and it’s a device to the drama a bit. I think that, initially, the colors trigger emotions, but then the story emerges when you add up the content. 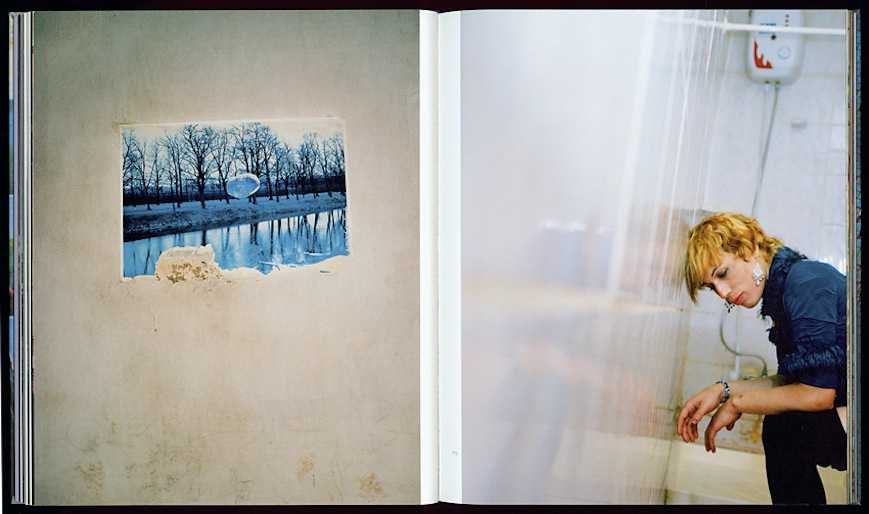 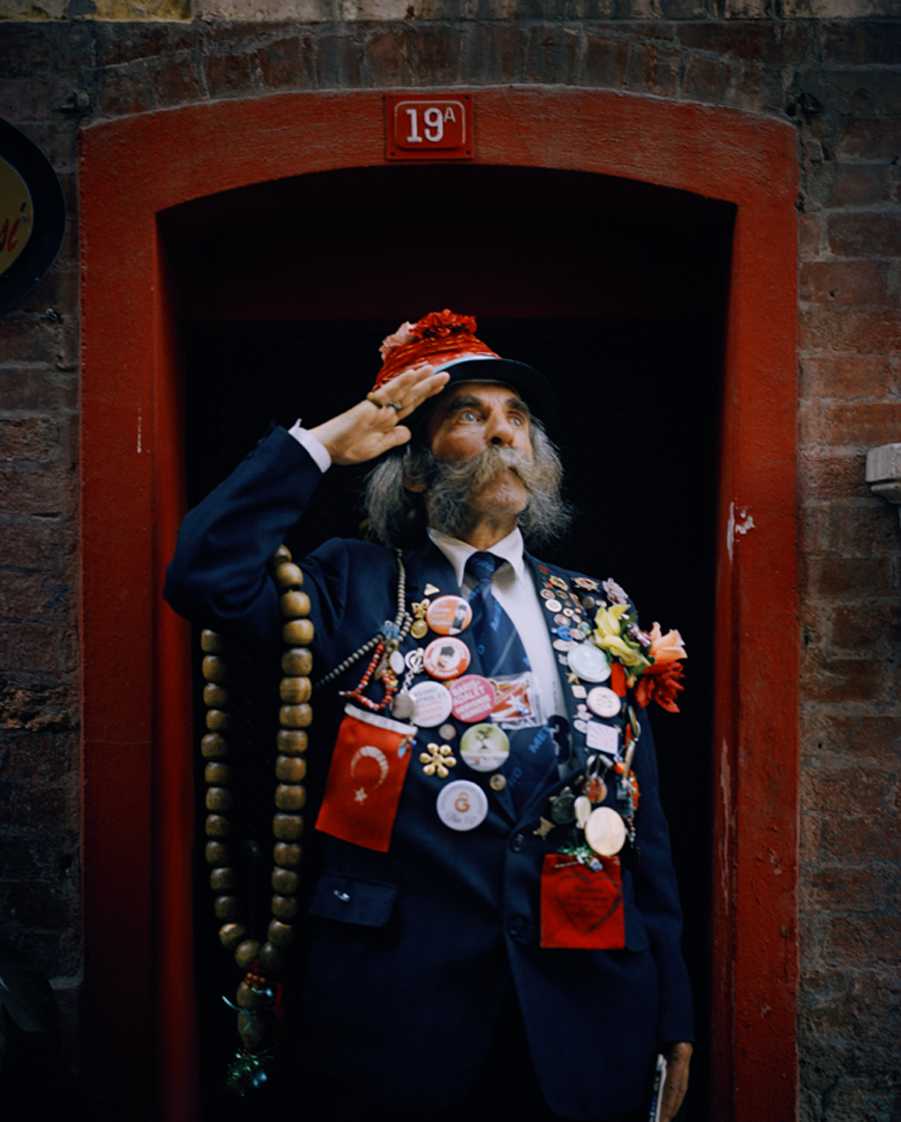 Would you say that you stage your photography or is it documentary?

It is definitely not documentary. I work far too conceptually for that – even if it’s no more than simply combining photographs in a certain way. But it is not really staged, either.

How long do you accompany your children??

During this project, most of the portraits were taken. I spent more time preparing the detail shots.

Which of the photos from the “Beyoğlu Blue” series is your favorite picture and why?

That changes all the time, especially as I keep on finding new images on the contact sheets that I had not noticed before. The picture with the bubble floating on the floor is one of my favorites – sitting on the toilet. I also love the picture with the wilted tulips and some fresh ones, which can only be seen as a print on one of the flower pots; and the image of the heart is one of my favorite metaphors within the series. 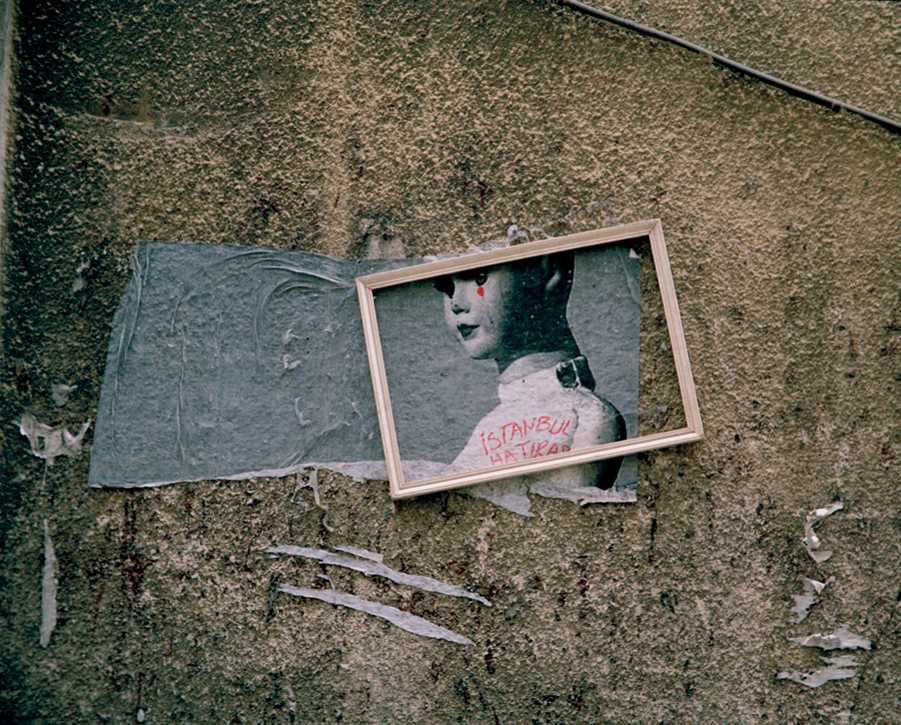 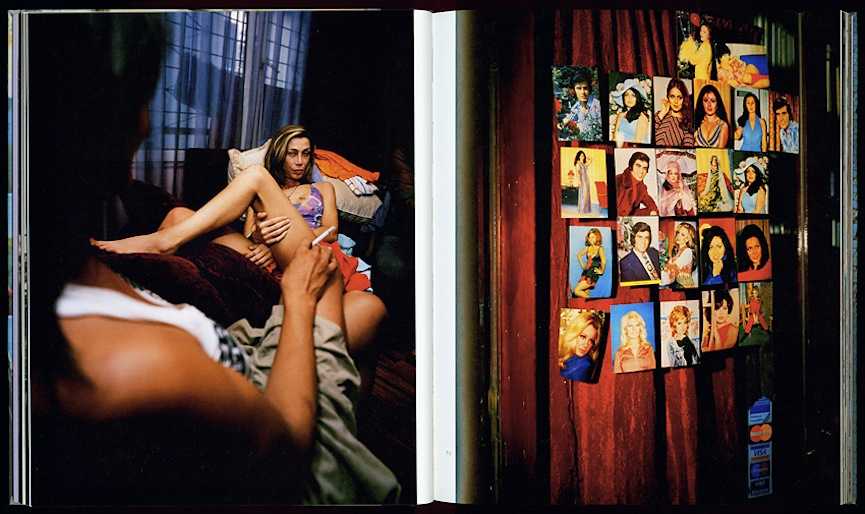 Did you follow a guide line? And if so, what was it?

It’s hard to say. This project was allowed to unfold after my graduation, so there was never just one central theme. The series went to Australia as part of the »Hijacked Vol.2« project on Australian and German contemporary photography, where I found it particularly difficult to limit the number of photos to just a few. At the Lodz Photography Festival in 2011, it was shown in the main program and I went back to the lab and discovered it. In the City Gallery Mannheim and Beyoğlu being twin towns. I am absolutely delighted that this project has been able to continue to develop.

When do you regard a series of photos as completed?

There is no simple answer because of the way I work. As far as this project is concerned, it could well be a second volume in the offing because there is so much material.

Karsten, thank you for answering all my questions. l can not wait to hear more about your work.