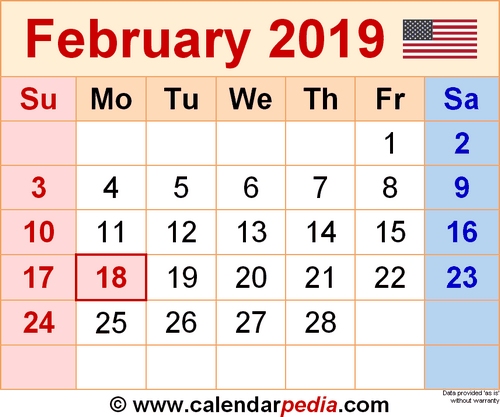 Archive for the month: February 2019

On March 9th and 10th, 2019, the controversial consumer fair “Kinderwunsch-Tage” will once again take place in Berlin. At this fair, all procedures forbidden in Germany for ethical and psychological reasons, such as egg donation, combined sperm and egg donation, surrogate motherhood and PID for gender selection, are offensively offered. The Verein Spenderkinder, which campaigns for the rights and needs of people born through germ cell donation, finds it very questionable that this event should take place in Berlin for the third time, although methods are regularly offered that violate the German legal situation.

The entire event is aimed at attracting customers and marketing the services, which are largely banned in Germany. Otherwise, the numerous foreign exhibitors, some of whom are also known as sponsors, would hardly be willing to attend an event in Germany with corresponding exhibition fees.

According to the Advertising Directive1, any measure that goes beyond the description of the legal situation regarding reproductive medical procedures in other countries is advertising. This includes, for example, when an exhibitor uses cute baby photos to tie in with the desire to have children. Advertising is also when a clinic describes its approach to the respective reproductive medical procedure.2

The topics of the lectures offered in the seminar area show that a critical examination of the ethical background of the prohibitions is not provided for. Instead, it seems that the essential content of the event is to provide ways to circumvent the child-centered, narrow boundaries of German law.

The association Spenderkinder therefore turns again to the responsible regulatory authority in Berlin and calls for intervention against the advertising of egg donation, anonymous germ cell donations and surrogacy.

Time Dossier Deep in the genes

In the dossier of the current time Henning Sußebach tells in the article “Deep in the genes” of the search for my (Stinas) biological father – and the surprising discovery that he is Prof. Thomas Katzorke, the doctor, the anonymity of sperm donors For a long time he vehemently defended himself as the chairman of the Donogen Insemination Working Group and almost a quarter of the members of our association came from his practice.

I’m after Martin and another donor child already the third donor children member, where it has been found that the doctor has used his own sperm. Martin’s biological father, however, has already died and held no comparatively prominent position. The other doctor has also died and was rather insignificant in reproductive medicine. In other countries there are such cases: In the Netherlands, only on Wednesday, a court in The Hague decided that donor children from the practice of the now deceased Dr.. Karbaat the right to have a DNA test with him. In the US, in the state of Indiana, a doctor probably fathered more than 30 children with his own sperm – even in cases where the husband’s sperm should be used.

From the perspective of donor children, it is problematic if the doctor turns out to be (unwanted!) Sperm donor, because they are thus the result of an ethical border crossing in the doctor-patient relationship. While the mother thought that she was fertilized with the sperm of her unknown man, the doctor treating her decided on his own initiative that he would like to reproduce with her. Because of this ethical border crossing, the doctor will usually fear that his secret will be uncovered and not positive for a contact attempt of the child.

The head of DI Netz e.V., Claudia Brügge, sees unsolicited sperm donations by physicians as a massive encroachment on the reproductive autonomy of the patient, who reckons with a donor not known to her. In the case of the child, it may cause bias and a conflict of loyalty that the doctor is the sperm donor. I can confirm that. Although Prof. Katzorke and I have a multi-year history of altercation, I wondered for a long time whether I could expect my biological father to disclose our connection. That’s why I waited almost a year to make my story public.

Incidentally, one day after the date dossier was published, Prof. Katzorke is no longer listed as Chairman of the Donogenic Insemination Working Group. This consequence as a sign of assumption of responsibility for one‘s own behavior is logical after becoming aware of such a massive transgression of the medical profession. Too bad that it required disclosure. As late as July, Prof. Katzorke was quoted in an article in the WAZ as saying that there are limits to what a modern reproductive medicine will comply with.

I have taken the step into the public, because my story shows that the reproductive physicians have no neutral mediating position held and never had, but of course act guided by their own interests. In the dossier, this is well described as the disintegration of progress and social control, leaving pioneers unobserved in a blind spot. We are very curious who will turn out in our club as a child of the attending physician.

After all, progress is now on our side as well: 15 years ago, no one would have thought that there would be DNA databases offering relatively affordable tests that could track family relationships over several generations. Donors can thus also be identified via relatives who have registered in such a database.

Meanwhile, we receive the first letters from donor children, who fear being affected as well. Of course, I can not say if it’s true that “jumping in” was an exception. I suspect, however, that such an approach is less likely to occur after the switch to seed cryopreservation (either from 1984 or 1988), because then at least no spontaneous donor bottlenecks should have existed. If you want to pursue the suspicion anyway, should do a DNA test. I am still registered in all major DNA databases (Ancestry, 23andme, FamilyFinder, MyHeritageDNA) and would be happy to have half-siblings despite the adverse circumstances.

Also, people who want to help donor children find half-siblings and their genetic father can do so by registering themselves in DNA databases. The more people register, the easier it is to find connections.

On 13 February 2019, an exciting verdict was heard in the Netherlands: A court in Rotterdam has ruled that donor children who assume that reproductive medicine specialist Jan Karbaat is their genetic father are now allowed to check this against his DNA. So far, many half-siblings had found their way mainly through DNA databases. The doctor died in April 2017 at the age of 89 years, his wife had refused a comparison with the DNA of the deceased.

In Germany there is not yet the possibility to check the genetic paternity against the will of the alleged father, if this is not to be determined also as a legal father. So that donor children can be certain of their origin, if they wish to continue to be assigned to their legal father, or if they were conceived after entry into force of the Samenspenderregistetzes, we also demand in Germany a general right of claim to clarification of descent.