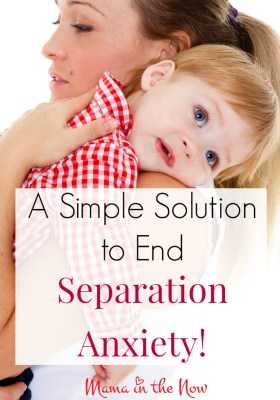 Separation anxiety in front of the kindergarten: from howling attacks in the parking lot (and how to overcome them)

Article by a guest author

My daughter is three and a half and goes to kindergarten since September. No big deal, I thought during the summer holidays. After all, she’d gone to a day nursery before. There we never had to fight with separation anxiety. On the contrary, she cried regularly on the weekend, because she was “sad that there is no day nursery”.

Unfortunately, I had misjudged this. With the new facility, in which she no longer belonged to the “big ones”, but suddenly back to the “little ones”, with new educators and many more children, came the separation anxiety. The first week was still completely trouble-free: “Bye Mama” and she was gone. Then it started: In the morning, the kindergarten teachers had to tear the crying child off my neck. In the evening she cried in bed because she did not want to go to kindergarten.

At my inquiries, the educators always assured me that our daughter was comfortable in the kindergarten, actively involved in playing and singing and in general gave the impression that she had fun and was funny. Nevertheless, the morning stress hardly balanced the free mornings. We quarreled with each other if we should just take them out of kindergarten. Finally, we set ourselves a deadline: we would taste it by Christmas. If the fear of separation had not greatly improved by then, we would have unsubscribed.

Relaxation after a few weeks

Fortunately, the situation eased significantly after about two weeks. Although in the morning three out of five days there was still the statement “I do not like going to kindergarten.” But that was all. That was long gone by the time of the ultimatum Christmas holiday. Meanwhile, our daughter has found friends in kindergarten and feels comfortable there. She has learned to deal with conflicts that occur much more often in kindergarten than in the crèche. And with which the children have to cope even more – without the help of the kindergarten teachers. An unfamiliar situation with which our daughter was initially overwhelmed.

For parents who want (or depend on) their child to go to kindergarten, although at first there is separation anxiety, I have some tips:

And of course: Always stay in touch with the educators! In fact, it is usually the case that everything is okay as soon as mom or dad is out the door. At noon, it’s the other way around: “But I wanted to play with Lucia! I do not want to go home yet! “