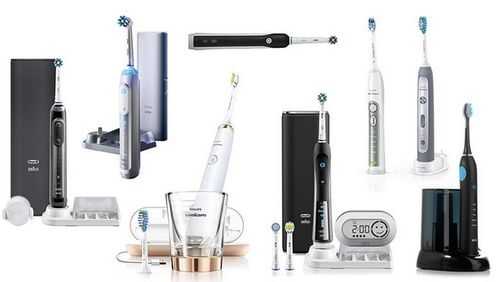 Sound or rotary – which is the right electric toothbrush for you?

Conventionally rotating and pulsating or better sound? What exactly is the difference and, above all, what is right for you?

Electric toothbrushes have long been considered unnecessary or have simply been dismissed as a technical gimmick. But the times are over. The electric in Germany are still on the rise and while the manual toothbrushes run out of rank. Presumably also because many experts and dentists often advise to change. But that is no longer the only question that arises in the context. Should it be a classic electric toothbrush or better a modern sonic toothbrush? Which system is better for cleaning? and what exactly are the differences? We want to clarify these questions and find out which technique is the right choice for you.

Traditional electric toothbrushes, such as Braun Oral-B Vitality, replicate the optimal brushing action we all have learned as children through rotations. The small round brush head becomes round 5,000 times a minute rotated back and forth. Many models let the head also pulsate, so easily move back and forth. Sonic toothbrushes do not rotate but vibrate very quickly. Here is the brush head about 30,000 – 40,000 times per minute moved, the So teeth are not cleaned by sound waves, but also with the bristles. The only difference here is that the brush is not driven by an electric motor but by an electric transducer. The sonic toothbrushes are easily recognizable by the oval shape of the brush head, which is similar to that of a conventional manual toothbrush.

Advantages and disadvantages of the two techniques

The difference is clear now, but what’s better for your teeth? As so often, this is not so easy to answer, because both systems have advantages and disadvantages. The cleaning movement with sonic toothbrushes is similar to that of manual toothbrushes, which can make it easier to switch over. In addition clean sonic toothbrushes very gently, because they can be guided almost completely without pressure on the teeth. Enamel and gums can thus be spared. On the other hand, many people feel the noise of the sonic toothbrushes as unpleasant and the Acquisition costs are still significantly higher as with conventional electric toothbrushes. In terms of price, the rotating-oscillating brushes are therefore clearly ahead and cost partly only a fraction of what is due for Schallbürsten. Also, tests proved that the Rotations better remove stubborn plaque as the vibrations of the sonic toothbrushes. However, the danger of injury lurks here too, because if the pressure is too high, the tooth hard substance and the gums can quickly suffer. As a transferor, you have to be careful here and above all, first of all get used to the unfamiliar cleaning movement. In contrast to the sonic toothbrushes, the conventional electrical devices are simply moved from tooth to tooth.

So if you buy your first electric toothbrush, we would recommend a sonic toothbrush. This is a bit more expensive, but the transition should be easier for them and the risk of plaster damage is lower. If sound is too expensive or you want the best possible effect, you can also safely use a classic electric toothbrush. Here they should, however, carefully rantasten and get used to the new brushing technique. at proper handling Incidentally, both systems maintain their teeth perfectly.