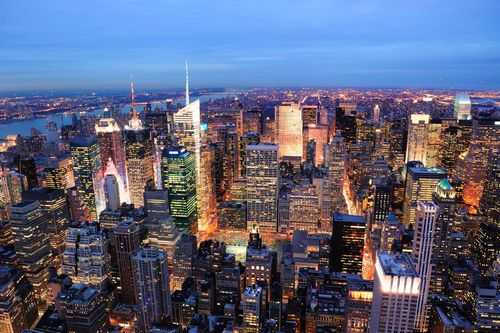 Newgland is the six northeastern states between New York and the Canadian border: Connecticut, Maine, Massachusetts, New Hampshire, Rhode Island and Vermont. Boston is basically regarded as the capital of the region.

New England is the cultural and historical cradle of the USA, nowhere else is the confederation older and thus more “historical” than here. Of course, this has to do with the fact that from the east coast began the colonization by the then colonial power England. To date, this has left a clear visible mark, be it in architecture, be it in the language of the inhabitants or, altogether, in the “European” lifestyle of this region. Incidentally, New England also has the prestigious Harvard and Yale universities, to which elite students from the United States are still sent. There is also not only studied, but of course. Or where else come the many young people who give the city of Boston its fresh and lively character?

Boston is a city for pedestrians

Boston is generally considered the gateway to New England. Once this gate has been opened, the city can be easily discovered – in fact, you can do everything on foot. This is ensured by the “Freedom Trail”. This inner-city trail connects 16 sights over a length of about four kilometers. These include the “Paul Revere’s House” from 1680 the oldest private building in the city center as well as the Old State House, which was built in 1713. Once upon a time there was the spark of revolution against the colonial power of England. In between, the “Rose Kennedy Greenway”, an enchanting park landscape that crosses the Freedom Trail, provides a little bit of nature.

The inhabitants of the New England states are commonly called “Yankees”. The settlement in the three northern states of Vermont, New Hampshire and Maine is quite thin, while Rhode Iceland is one of the most densely populated states of the United States. Landscape and inhabitants meet in part the expected tourist stereotypes. The villages are rural, the side streets lead over covered bridges and seemingly endless forests. These woods are a special attraction in the fall when they glow in yellow and red tones at the time of the Indian Summer.

Granted, that sounds a bit dry. But anyone who has experienced this splendor of color in Indian summer once in New England will not forget it. In fact, it is so impressive that many tourists visit the New England States solely for that reason. Which, frankly, is a pity too. Because the spring and especially the summer has much to offer in the northeastern United States. The shores of New England with its many lighthouses and water sports is definitely worth a visit.

The roads through the country offer hardly remarkable views. It is different as I said at the partly rocky, partly sandy coasts, which are peppered with lighthouses. Here you get the lobster (lobster), which is favorable for European price relations, and the creamy clam soup (clam chowder).

While Connecticut, Rhode Island and Massachusetts are more prosperous and interspersed with larger urban centers, the sparsely populated northern states of Vermont, New Hampshire and Maine remain agriculturally dominated. Here you can spend a US holiday beyond the beaten track and get to know the people and the mentality of the New England states in peace.

Mid-May to mid-October is the best travel time in New England. The seasons are clearly pronounced. Winter is very cold with lots of snow, but there are also many days with clear skies. Spring has cold nights and fresh days. The summers are pleasantly warm, at times very hot and very humid. The autumn has sunny, fresh days and is considered the most beautiful season (Indian Summer) because of the pronounced foliage color. Vermont and New Hampshire also have a so-called fifth season: the “Mud Season” in April, after the snow and before the flowering of the flowers.