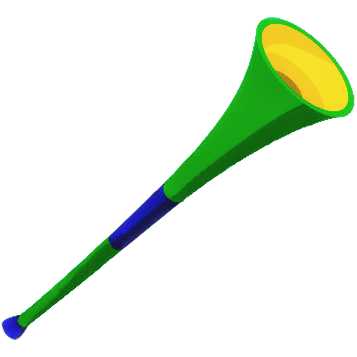 Before the 2010 World Cup in South Africa, most northern hemisphere residents never spokeVuvuzela“(Called [vuvuzɛla] on Setswana also called Lepatata)). In fact, it was only in the same year in the latest edition of the prestigious “Oxford Dictionary of English” (ODE) recorded (including together with “Chillax” (for chill & relax)).

Whether in the duels of the “Kaiser Chiefs” against the “Orlando Pirates” or the games of the national team, also called “Bafana Bafana” (in German: The boys): a South African football match is unthinkable without them. The colorful plastic toy is the ultimate fan article of all South African football fans and now came to Europe – in time for the start of the Football World Cup 2010 in South Africa.

The term refers to a wind instrument, originally made of sheet metal, in its modern incarnation, however, for cost and weight reasons, most of plastic. It typically has a length around the 65 cm and a weight of about 100 g. The diameter at the mouthpiece is about 3 cm and reaches through the conical shape then about 12 cm at the exit of the funnel.

The Vuvuzelas available in Germany (about 3-10 euros) are made 3 parts compounded to facilitate transportation, but mainly for them to fall apart, the musical instrument should be misappropriated as a baton. In addition, most commercially available have an integrated silencer.

The sounds of a vuvuzela

Due to different manufacturers’ designs, Vuvuzelas can produce tones of different frequency and intensity. In addition, the sound also depends on the blowing technique and thus also on the applied (air) pressure. Depending on the described parameters it is possible to generate a lot of noise: a Sound pressure level of 120 dB (A) at a distance of one meter from the bell is also feasible for beginners. However, similar values ​​can also be achieved with a trumpet and a chainsaw produces about 110 dB at the same distance (A).

However, the subjective perception of the sound pressure also depends on the frequency. Physical measurements and their interpretation or not, these things have more stupid than by ENT doctors as commonly no risk to health is considered.

According to the Hornbostel-Sachs system according to which all musical instruments have been classified since 1914, Vuvuzelas belong to the main group 4, the so-called aerophones (air blowers),

Subgroup of natural trumpets. Areophones are those instruments in which the sound is generated by direct vibration excitation of the air (whistles, flutes, trumpets, etc.).

The spectrum of the producible sounds of a vuvuzela is quite limited: on the one hand only very few and at the same time very narrow frequencies (for example 240Hz, 480Hz, 720Hz, etc., All +/- 4Hz with different intensity). This feature makes it possible to filter out the sounds electronically even during television broadcasts.

The keynote of a vuvuzela resembles the sound of the Trumpet sound of an elephant. Frequently used in stadiums, they sound rather like a Bee Swarm.

By the way: Do not worry, the volume all Audio and video files This page is very moderate.

But there is another way. Experienced musicians can elicit a variety of sounds from the cylindrical, originally made of animal horn or bamboo African signal trumpet.

The dispute over the volume

The North Rhine-Westphalian Ministry of the Environment has recommended since 2010 to prohibit the use of the vuvuzela in mass events: “The resulting hearing risk to other visitors and the possible overblows of emergency announcements speak very clearly against a use in crowds.”

The so-called Public Viewing Regulation The Federal Government is always limited in time and regularly renewed, including the European Championship 2016 in France. In official German, the cumbersome title is:

“Ordinance on noise abatement in public television performances in the open air on the 2016 European Football Championship.”

This regulation mentions neither Vuvuzelas nor other noisemakers. However, it refers constantly and tiring to the sports equipment noise protection regulation (for initiates: BImSchV).

And in paragraph 3 it says (measures): Spectators may “excessively noise-generating instruments such as pyrotechnic articles or gas-powered noise fanfare do not use.

Such was the motto of the former creators of this site, who in 2009 had organized a petition – cultural heritage or not – against the use of Vuvuzelas, and for over 200,000 signatories could win. The basic idea was to be in the interests of all football fans for one ban insert the vuvuzelas. With the following proclamation (and logo): 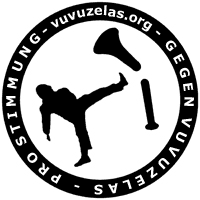 “We do not want to deny anyone their culture or tradition! But we find: 90 minutes of playing is just as unsportsmanlike and un-exciting as whistling any ball contact of the opponent. We want football with passion and creativity – on the pitch and on the stands.“

In addition to acute hearing loss, sound waves in the volume produced by a vuvuzela can also cause irreparable damage such as tinnitus.

Due to the spatial proximity to the ear, the risk of hearing damage in the dense crowd is particularly high; as well with alcohol consumption, as it also affects the protective mechanisms of the hearing (like almost everything in the brain)

If you have long-lasting ear problems, such as beeping or numbness, it is strongly advised to see a doctor the next day. Such hearing damage is usually reversible if treated within 24 hours. If the therapy is delayed for days on end, it can lead to permanent hearing damage (and also to tinnitus).

Ban during the World Cup

Under the slogan “Terror-Tröte” of the World Cup, the Vuvuzela gained international fame. Unlike cheers or other instruments, the South Africans play the instrument throughout the game (90 minutes), not just at high points.

The following video shows a short conversation (duration: 1 minute) between Günter Netzer and Gerhard Delling, in which the sound of the vuvuzelas in the background can be heard very nicely.

By the way, the video title “Delling and Netzer are laughing out of limbs” is reminiscent of many more Quotes of the two, many of which can be read under football proverbs.

The monotonous noise of the Vuvuzelas disturbed foreign players and television viewers alike. Due to the frequency characteristics, the TV studios quickly found a way to filter out the sound during transmission. The players, commentators and coaches were not helped, they had already a short time after World Cup debut canceled the ears. Many famous football players spoke in favor Vuvuzela ban out.

Although FIFA briefly pondered a ban, the Vuvuzelas will ultimately be allowed during the 2010 World Cup in South Africa.

In European stadiums, they are virtually forbidden everywhere – and not just in football stadiums but, e.g. also in the noble Wimbledon. UEFA has completely banned the Vuvuzelas for games under her direction, and many clubs in the Bundesliga have joined her.

Where do the South African sound machines come from??

The origin of the name as well as the instrument itself is completely in the dark. There are several competing views, and none can boast reliable evidence. 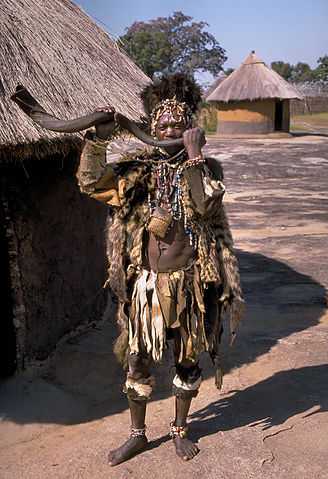 The fan of the Johannesburg football club “Kaizer Chiefs” with the name “Freddie ‘Saddam” Maake “claimed for himself the invention of the instrument. As proof, he mentions several photos (dating back to the 1970s) and shows him himself with an early form of a vuvuzela used by him.

The picture is a recording from 1989. This instrument was made from an aluminum bicycle horn.

The religious community “Nazarene Baptist Church” founded by Isaiah Shembe, whose contents are a combination of African culture (especially the Zulu) and Christian values, proves that their religious celebrations of Vuvuzela have been in use over the past decades. This church also threatened with legal action against the use of vuvuzelas in football stadiums during the 2010 World Cup in South Africa. 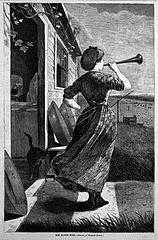 The vuvuzela-like instruments have been in America since the 1960s as “Stadium fanfare“And a woodcut by artist Winslow Homer from 1870 shows a young woman in front of a farmhouse using a very similar instrument, presumably to inform the field workers about the upcoming lunch.

In Germany there used to be the CFC gas rooster (Compressed air fanfare), which was driven out of the stadiums not only by the environmental protection. However, it never had a high penetration rate, and the cartridge was expensive and quickly empty. The Vuvuzela can be played (intermittently) for 90 minutes, almost to the last breath.

Also the good old one post horn and those used in track work bugles as well as some trombones like the Hebrew shofar (which is already mentioned in the Bible) produce a sound similar to vuvuzela.

When one is deaf, one can not communicate. [Lionel Messi, Argentinian international]

Everyone in Leverkusen is imprisoned, who brings a vuvuzela to the stadium. [Rudi Völler, international and coach]

I do not know if we can stop this sound. Africa is loud, it’s full of energy, rhythm, music, dance, drumming. This is Africa, we have to accept it that way. [Sepp Blatter, former FIFA President]

If it sucks us, what about the poor footballers? The things are simply unnecessary! [Mariella Ahrens, actress]

They should be banned. They make it difficult for us players to communicate and concentrate in the field. [Xabi Alonso, Spanish international]

As the crowd continues to blast into these blasts, it annoys enormously over time. [Joachim Löw, German national coach]

We asked the Football Association of South Africa to ban the noise from the stadium. You can not hear your own voice. I will discuss it with FIFA President Sepp Blatter. [Motoaki Inukai; Footballer from Japan]

At the most, we will ban the vuvuzelas if they are used as a weapon in violent clashes. [Jérôme Valcke, FIFA Secretary General; Dismissed without notice in January 2016]

In South Africa, as in Kiev, the whole night still has that tone in mind. [Ottmar Hitzfeld, national coach Switzerland]

Other instruments would be better, for example samba drums, something that less affects the game. [Robinho (Robson de Souza), Brazilian international]