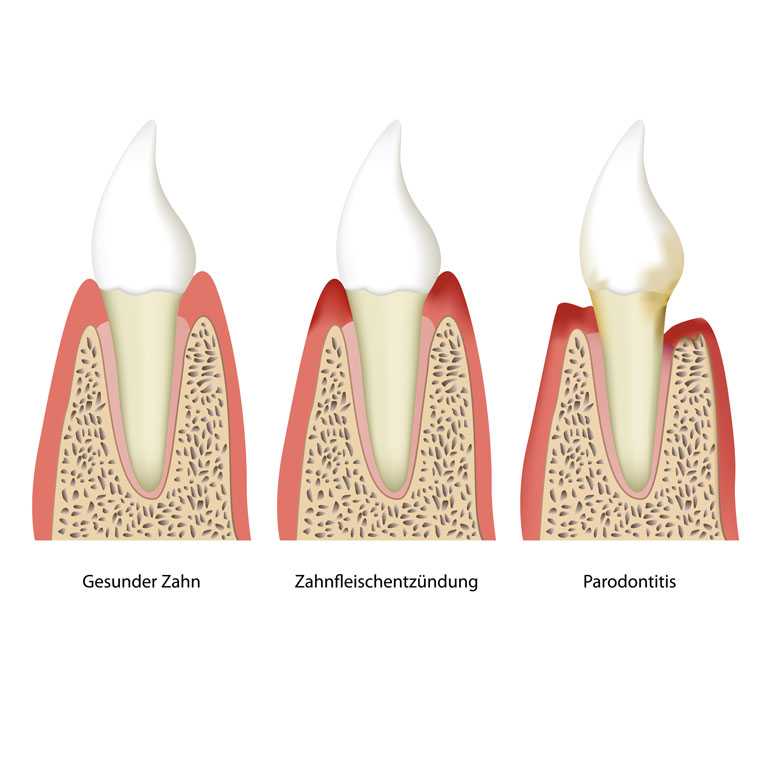 If your teeth are sensitive to hot, cold, sweet or sour, or if your daily brushing is causing pain, then the dentist should clarify the cause.

Periodontology includes the prevention (prevention) and the treatment of diseases of the periodontium.

How important this is is shown by the recently published German Oral Health Study (DMS IV), published by the Institute of German Dentists. Many patients suffer from chronic inflammation of the gums – without noticing them. This so-called periodontitis often remains unrecognized, because it usually runs painless, and also the first warning signs such as slight bleeding when brushing your teeth are not taken seriously. But the sooner this bacterial-induced infectious disease is detected, the better its effects can be contained.

We are experts in the field of periodontology and, with all grades of periodontal disease, can pave the way back to dental health with targeted treatments.

In healthy teeth, the tooth is optimally protected by one of nature’s hardest substances, tooth enamel. This covers the tooth from the crown to the gum line. The adjoining cervix does not have any enamel on its own, but in the healthy state it is surrounded by the gingiva like a collar and in this way also well protected.

But if the gums go back, the sensitive tooth necks are exposed. Stimuli such as B. Hot or cold can now pass through fine dentinal tubules directly into the tooth nerve and thereby cause drawing pain.

The most common cause of regression of the gums is periodontal disease, an inflammation of interdental spaces and other parts of the periodontium. Even brushing your teeth can hurt, so that oral hygiene is quickly neglected. As a result, the inflammation can spread further and expose the tooth necks even more. As a disease of the dental bed, periodontitis is regarded as a major trigger of tooth loss. However, early detection and sustainable treatment prevent this loss.

In Germany, more than half of adults suffer from periodontitis, 10 to 15 percent from severe forms. Bacterial deposits on the teeth lead to inflamed gums: it reddens, swells and bleeds easily. Scientifically recommended regular dental hygiene, which prevents not only periodontal disease and caries. This will stop 95 out of 100 periodontal disease.

Periodontology – what holds teeth together 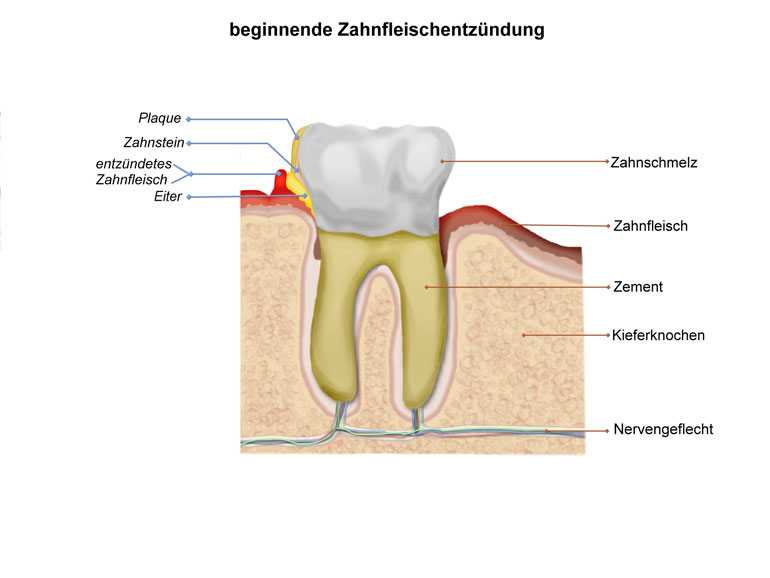 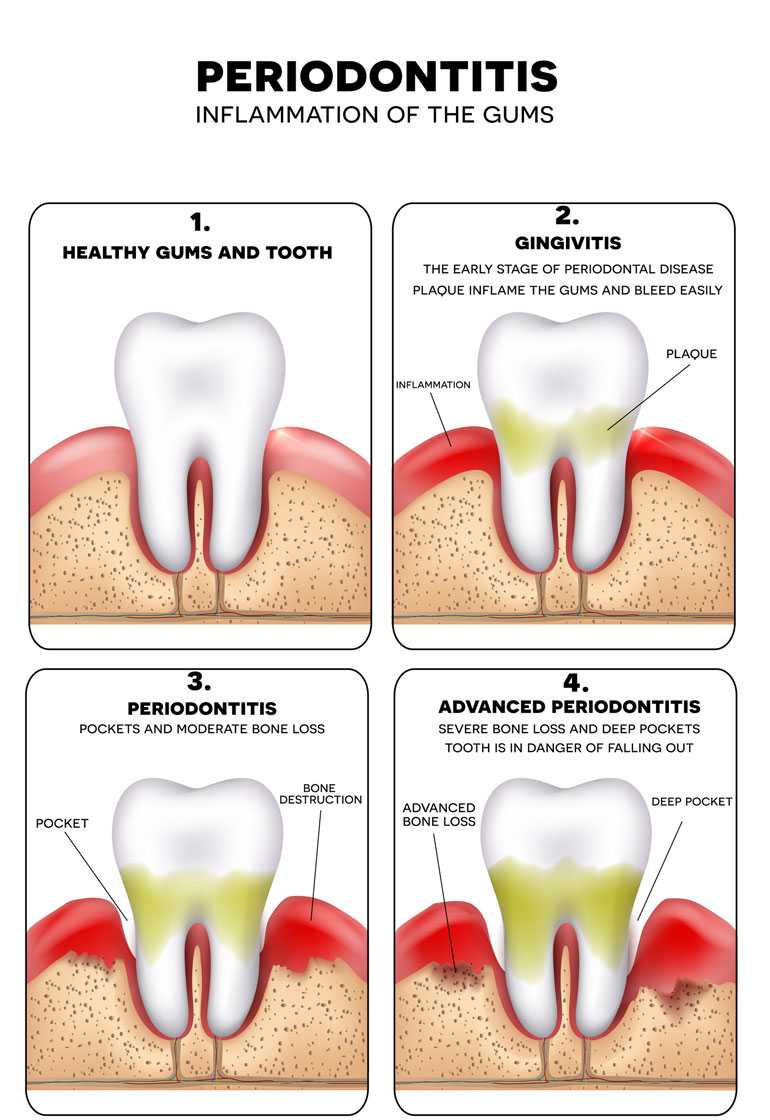 Furthermore, periodontitis is a risk factor for health. Scientific research clearly shows an association between periodontitis and the increased risk of cardiovascular disease, stroke, respiratory disease and diabetes mellitus. In pregnancies with untreated periodontitis, the risk of premature birth is increased many times over

The main cause of periodontitis is certain bacteria living on and in the plaque. However, these “pathogenic” bacteria are found only in the mouth numerous, if the soft and hard plaque are not removed timely and thoroughly from the tooth.

Early detection, sustainable therapy and a scientifically sound treatment concept can in many cases prevent tooth loss. The secret of a successful therapy is the reduction of bacterial load and the permanent destruction of certain germs. 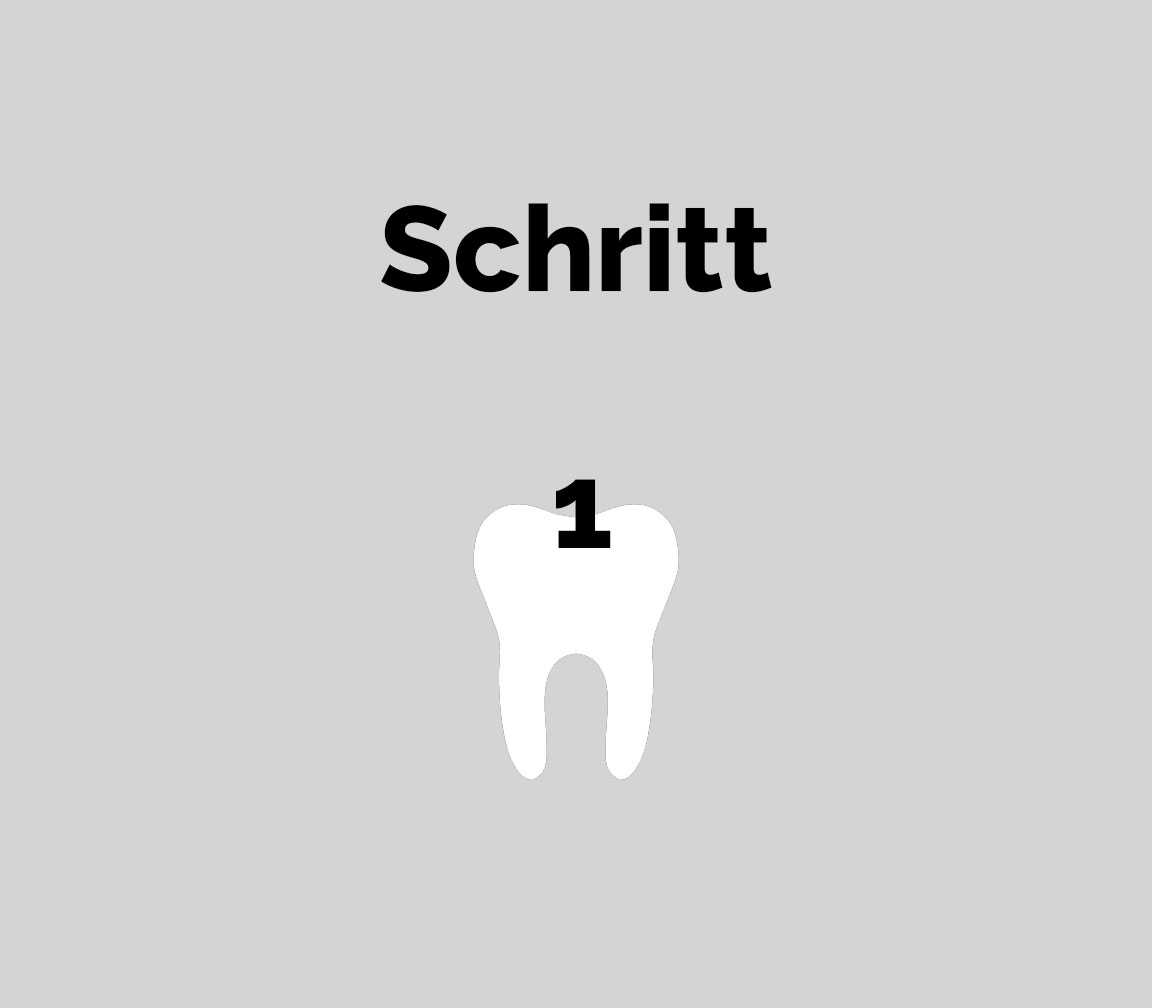 In the first step, In the pre-treatment phase, the soft and hard deposits on the accessible tooth surfaces are removed as part of a professional tooth cleaning (PZR). PCR, patient motivation and individual home-based oral hygiene instruction are the elemental components of the pre-treatment phase. We show you tips and tricks that allow you to maintain your teeth optimally at home. But even with the best cleaning, particularly aggressive bacteria can survive. Then antibiotics must be used to accompany the treatment. 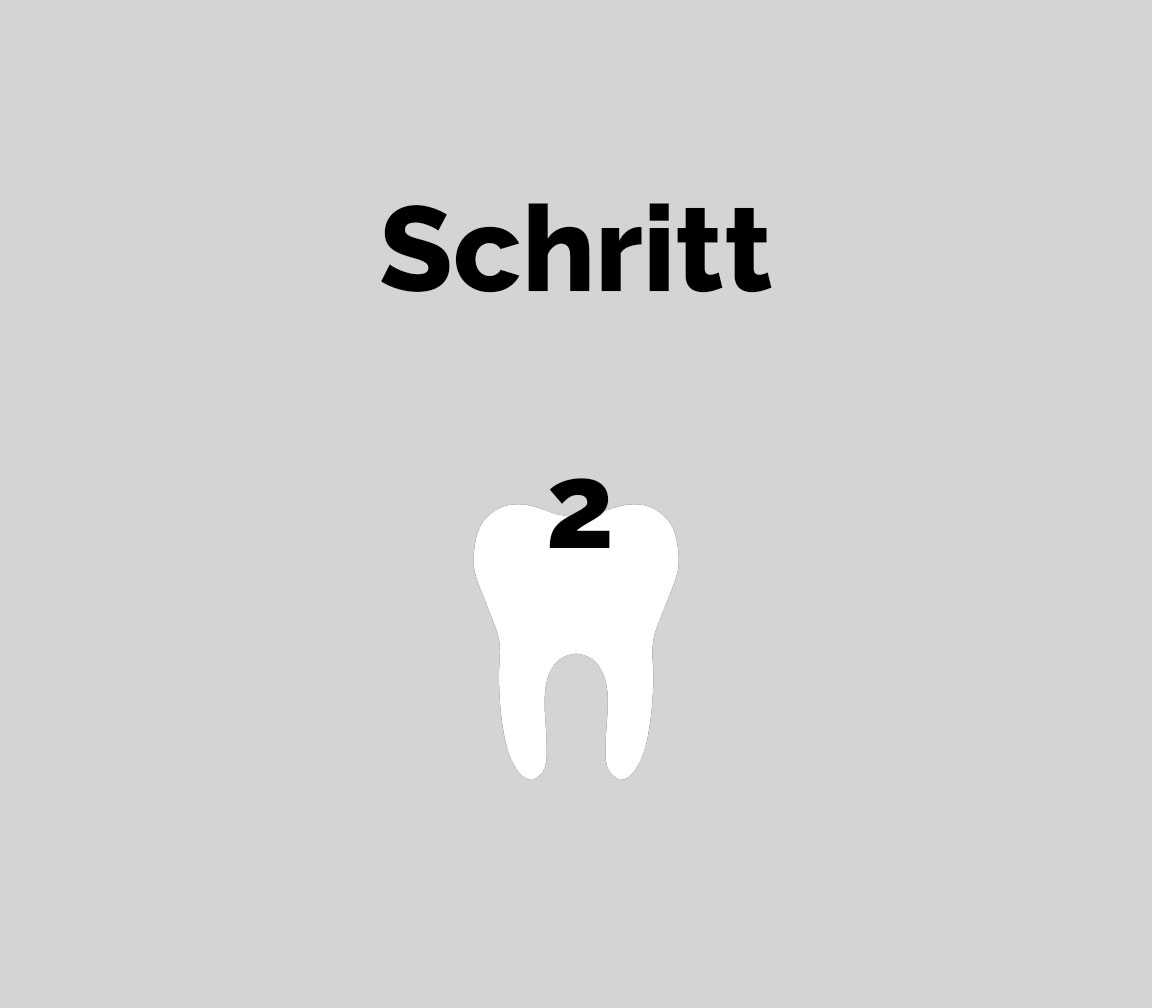 At the second step, If the goal of the pretreatment phase is reached, the actual systematic pocket therapy takes place. Now the deposits in the area of ​​the tooth root are gently removed and at the same time the bags are treated with an antibacterial rinse solution. This destroys the biofilm, the habitat of the bacteria. 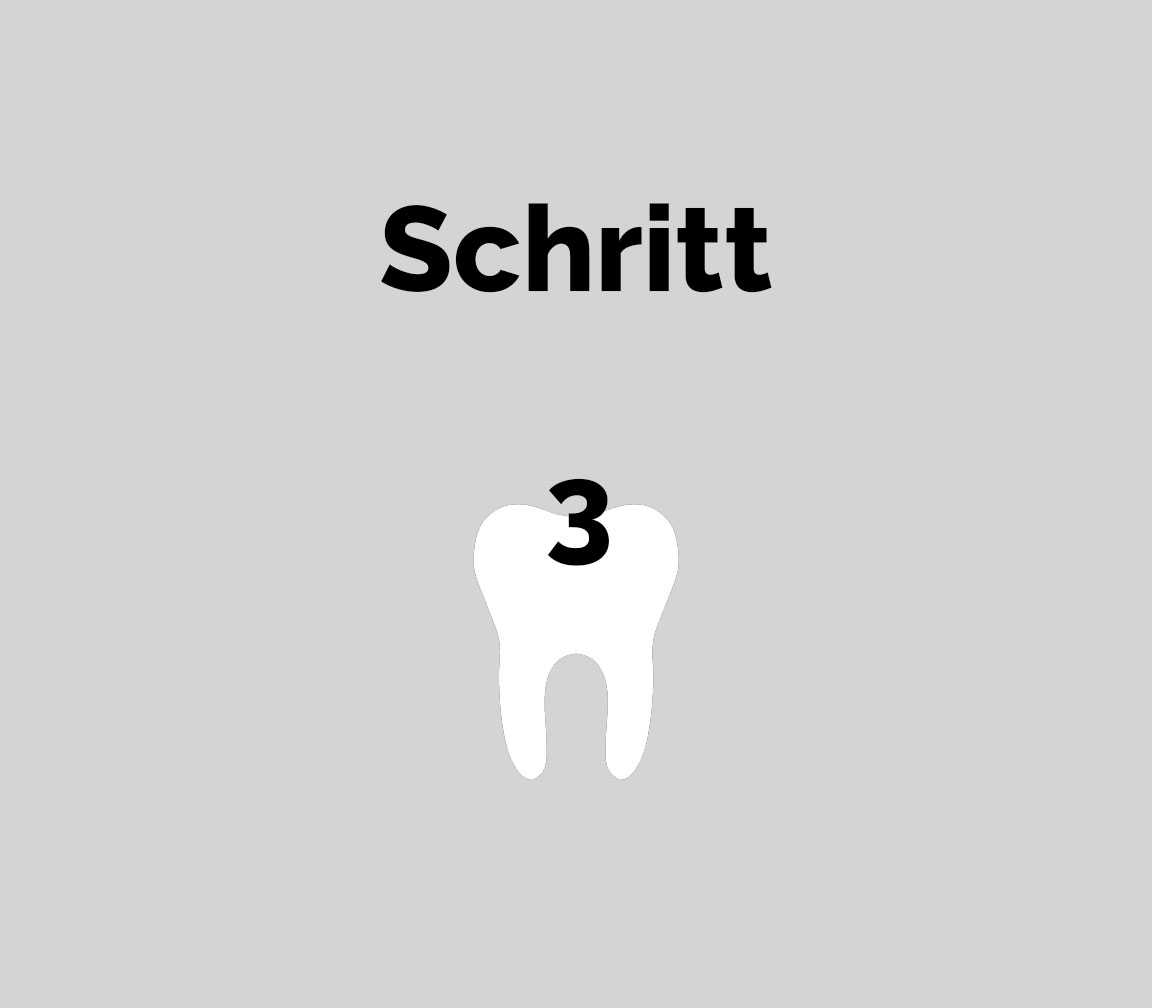 In the third step In the third step a few weeks after the handkerchief therapy is performed, the condition of the periodontium is reevaluated in order to plan further necessary therapeutic measures if necessary.

Now it is important to maintain the success achieved (a healthy gum, the decline of the pockets), because there is a risk that the bacteria in the mouth attack the gums again. The long-term success of therapy now depends significantly on your active participation in the daily dental care and supportive care by our trained prophylaxis team. As part of our follow-up program, you should have a professional cleaning performed by our dental hygienists up to four times a year, depending on the case, in order to detect and prevent a possible reoccurrence of the inflammation in good time.