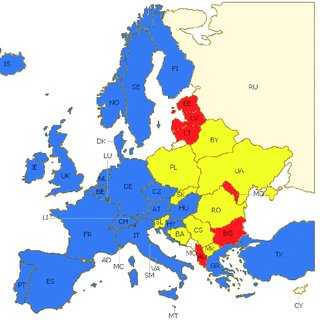 Care and Migration in Europe

In many households in Germany where people are cared for, helpers from Central and Eastern Europe work. What are the framework conditions for a legal employment?

According to a 2008 EU survey, nine out of ten Europeans do not want to be cared for in a residential facility. Of the currently more than 2.3 million people in need of care in Germany, more than two-thirds are able to fulfill this wish: 69 percent are usually cared for at home by family members. Only just under a third (555,000) draw exclusively and exclusively on outpatient services. 1

The number of employees in the nursing sector has also increased in recent years – despite the economic crisis. 4 Overall, however, this increase does not cover demand. 5 In 2010, there were approximately 800,000 nurses 6, with the proportion of people with a migrant background, other than often thought, below their share of the population. According to statistics from the Federal Employment Agency, less than four percent are foreigners. Their share of the population is just under nine percent. The proportion of geriatric nurses with a migration background appears to be relatively high at 18.3 percent 7, but does not correspond to the proportion of this group of people of more than 20 percent of the working age population.

The shortage of skilled workers is not particularly affecting the industrialized nations with their aging societies, but the poorer states of Europe and the African and Asian countries from which personnel are relocating on a large scale. 8 There are also increasing numbers of skilled workers from Germany, with estimates of 1000 per year. 9 When recruiting nursing staff, Germany competes with other countries that, like Switzerland, Sweden or Luxembourg, cover a large part of their nursing staff through recruitment and offer a better working condition than Germany.

Home and care work is considered family work. The transfer of this work to paid labor is not self-evident in Germany and is perceived by many women as a personal failure. However, the reality of life makes it more and more necessary and financially possible not to do this work yourself. As a typical women’s work, despite rising demand, it is poorly valued and poorly paid. One consequence is that it is hardly considered part of the regular labor market. The entire labor market segment is in a gray area: around 4.5 million private households are working black. That is about 95 percent of the total volume. 10

The care of those in need of care is taken over almost exclusively by employees from abroad in order to secure the desired care. These usually live in the household (so-called live-ins) and are available more or less around the clock. Almost all of them are illegal work, the estimates speak of about 150,000 to 200,000 employees. In 2008, there were only 1712 legally recruited women from abroad. In 2009 there were 1571 and 2010 1948 new applications. 11

The majority of employees in households in need of care are women from Poland, the Czech Republic, Slovakia, Romania or Bulgaria – ie EU citizens whose employment would also be legally possible. Only for Romanians and Bulgarians will there be labor market access restrictions until 2014.

Caring for people in need of care by self-employed EU citizens
All EU citizens – including members of all new EU states – may set up a business in Germany in accordance with the same rules as Germans (freedom of establishment). As far as the benefits of assistance are in the household or it comes mainly to presence, a largely unregulated activity is possible. With around-the-clock care, however, it should be noted that according to current case law, it is almost always a matter of fake self-employment, as the employees typically work for one client only, are bound by instructions and bear no entrepreneurial risk. 12 There is a risk for the clients of paying social security contributions and there is a threat of tax evasion proceedings.

Care of people in need of care by providers in other EU countries
Many central-eastern European agencies offering home-based care rely on the freedom to provide services and send workers to their homes. Their advantage is that the company‘s head office is not located in Germany and the social standards largely apply to the law of the country of origin. However, even with posted workers, the German occupational safety and health, ie the working time law, the statutory holiday entitlement and the right to continued sick pay in case of illness must be observed.

Since August 2010, the nursing minimum wage applies 13 with an hourly rate of 8.50 € in the West German states and Berlin and 7.50 € in East Germany. However, the minimum wage is only applicable if at least basic care benefits and not primarily purely household-related or general care services are provided. 14

The problem with this model is that the freedom to provide services only covers activities that are performed by the provider only temporarily in his country of establishment and in Germany. The provision of long-term services is not covered by the service but by the freedom of establishment.

EU citizens (as employed persons)
The persons in need of care or their relatives can also act as employers themselves. Employees from Estonia, Latvia, Lithuania, Poland, Slovenia, the Slovak Republic, the Czech Republic and Hungary enjoy full freedom of movement for workers since 1 May 2011 (Article 45 TFEU 15) and have been able to work in private households since then become.

Citizens of Romania and Bulgaria have until 31 December 2013 only limited access to employment. But this does not mean a ban on taking up employment at all. They may work as household helpers in private households of persons in need of care in Germany (§ 21 Employment Regulations). In addition to domestic activities, they are also allowed to provide necessary everyday nursing assistance. The need for care must be proven, but not that the worker has the appropriate qualifications or sufficient German language skills. 16

The private employer must register the worker and observe applicable employee protection regulations.

Announcements
The employer is responsible for registering and responsible for paying taxes and social security contributions. Information can be obtained from the Federal Employment Agency 17 or the Consumer Centers. 18

working hours
The working time law (ArbZG) applies. Private households are only exempted from this if the employee lives together with the person entrusted with the person entrusted with the household and is responsible for raising, caring for or caring for them, as is the case, for example, with SOS mothers. The application of this exception for home care for those in need of care fails regularly due to the lack of self-responsibility of foreign aid workers.

The maximum weekly working time is limited to 48 hours on average (§ 7 Abs. 8 ArbZG), a daily rest period of at least eleven hours must be observed (§ 5 Abs. 1 ArbZG). In the discussion is whether the constant presence in the household of people in need of care is at all about working time. According to the case-law of the European Court of Justice, periods when the worker is in a place of employment determined by the employer are in principle working hours, even if the worker can rest during the non-use (standby time). 20 It is not yet decided by the highest court whether the constant presence of household helpers is merely on-call duty – and not working time. On the other hand, it is argued that the basis of the employment relationship is precisely the need for a constantly available workforce and therefore the permanent on-site presence is demanded by the employer.

wage
Citizens of Romania and Bulgaria may be issued a work permit only if they are not employed on less favorable working conditions than comparable German employees (§ 39 (6) in conjunction with § 39 (2) Residence Act). 21 The remuneration of household helpers recruited in accordance with § 21 of the Employment Ordinance either follows the tariffs for the household economy and lies between 1295 euros (Bremen) and 1499 euros (Berlin). For food and lodging up to 407 euros are to be set. If the care is in the foreground, the minimum wage of 8,50 Euro (West) or 7,50 Euro (East).

For other EU citizens, it is questionable to what extent even private households are bound by these guidelines. In any case, the salary may not be more than one third below the usual wages based on the collective agreements, otherwise it is immoral and instead the usual salary has to be paid. 22

The quality of work: (k) a topic?
The illicit work in home care thus does not result from a ban on foreigners. Much more important are the unusual bureaucratic requirements imposed by the employer’s position. Another aspect is the costs: With the care allowance monthly between 225 and 685 euros are available; when combined with benefits in kind, the financial volume increases slightly. Comprehensive home care provided by paid service providers can not be financed from the nursing care funds.

According to a survey conducted in 2011, 21 percent of respondents were prepared to hire a foreign caregiver to live with their relatives for cost reasons. For property owners (n) n the quota was a bit above. According to a 2007 survey, 54 percent of respondents would use (illegal) Eastern European care assistance to avoid the costs of inpatient care. 47 percent would privately organize the care to preserve the inheritance. 24

After an examination of the quality of recruitment agencies by Stiftung Warentest, every eleventh home help can not communicate with the person being looked after. 25 The care of those in need of care also lives from communication. In home care, it seems acceptable that unskilled or semi-skilled workers take on real nursing work. Although people with nursing experience are being sought, a suitable occupational qualification of the assistants is meanwhile rare. Trained forces barely migrate to Germany for undeclared work, but have better options. 26

Most work under tariff
Almost all foreign domestic helpers work under tariff. Extrapolated to the real working hours, the people paid for tariff receive only a minimum wage. Employee rights such as paid leave or continued sick pay will fall by the wayside. If those affected become ill, the care is difficult, because often can not fall back on a health insurance. Although there is also a compulsory membership in the statutory health insurance for illegal work. However, claims can not be realized without uncovering illicit work and also with people in legal immigration status. For the same reason, accidents are also problematic. Claims from the statutory accident insurance exist, but their use could reveal the undeclared work. Necessary treatments are omitted or are postponed to one of the home stays.

There is hardly any awareness of wrongdoing on the part of employers: In a study by Stiftung Warentest 27 it is criticized that a lax handling of law dominates. For example, there is a lack of awareness that the foreign force should not simply be in action around the clock.

The moonlighting in the household happens with the toleration of society. This is justified by the fact that there are no legal solutions. As stated above, this is not true. Alternatives to undeclared work are often not checked or generally rejected as too expensive and / or too complicated.

Of the "price" for the cheap undeclared work in households of those in need of care, which society ultimately pays, is high: It is the devaluation of the needy, the workers and the care. A rethinking is necessary.