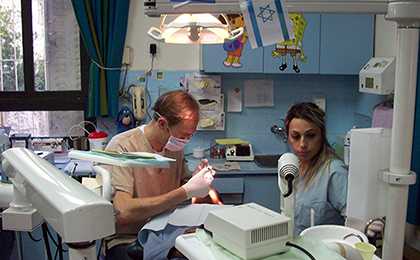 After 15 years of self-employment, he felt he needed more humanitarian service. He became aware of the Trudi Birger Clinic in Jerusalem and the DVI organization he is through a report in the ZM early 2008.

In 1977, several social benefits were cut as a result of a change of government in Israel – especially among children and adolescents. The dental treatment, which until then was free for all schoolchildren, was removed from social benefits. Understandably, this measure was especially hardest for families with large numbers of children (especially ultra-Orthodox Jews and Muslims). For Trudi Birger, this was the impetus for founding a relief organization called Dental Volunteers for Israel"(DVI). The resulting independent dental clinic in Jerusalem, the only one in the whole of Israel, has since 1980 enabled many children (irrespective of their religious or ethnic origin) to undergo dental treatment again. For the microbiologist Trudi Birger, a Holocaust survivor, her biggest concern was to help needy children. It became her life’s work until her death in 2002. Through donations, the help of sponsors and the collaboration of hundreds of volunteer dentists from around the world, this clinic became an important institution in Jerusalem, especially in these times.

The clinic consists of a permanent staff of English-speaking dental assistants and senior hygienists. Moti Moskowitz (DMD, PhD at Hadassah University Jerusalem) and the administration. The volunteers are colleagues from all over the world. Children are treated in distress from 5 to 18 years, regardless of their religious or ethnic affiliation: they are Jewish, Christian, Muslim or Israeli, Palestinian and Ethiopian. It is worked according to a strict treatment concept, in which especially the prophylaxis is very much part of the concept. Not only the children, but also the parents are obliged to work on this concept in order to be included in the treatment pool and to ensure the success of the treatment. Apart from the medical help, which benefits the 5 to 18 year olds, the clinic provides a “small part of the conflict resolution" in the Middle East, given the current situation, especially in Gaza.

Outside the clinic, the tense atmosphere was very strong, the city seemed like under siege. A massive military force and heavily armed police were omnipresent. It was a miracle to see how ultra-Orthodox Jews and Muslims in the clinic were treated chair to stool, and how the Israeli assistants lovingly cared for every child, no matter what their beliefs were. Unique in Israel! 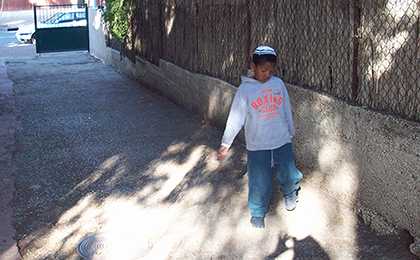 In Jerusalem alone, according to official statistics, more than 200,000 children live below the poverty line. They are the patients of the DVI clinic and referred to the clinic by the Social Welfare Department, the Jerusalem Social Welfare Department. However, before the children undergo any treatment, they have to participate in a prophylaxis program together with their parents. The aim is to teach the children and their parents the daily practice of dental and oral hygiene. Since 1980, more than 80,000 children have been treated at the Trudi Birger Clinic – by more than 4,500 dentists from all over the world who have worked here as volunteers. The clinic operates at a high dental level, which is ensured by the employment of Hadassah University. 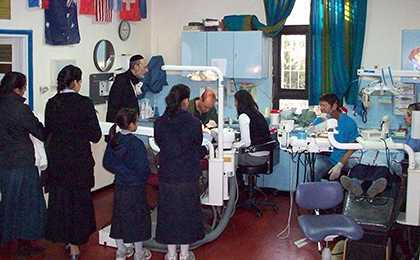 To the “volunteer" to give the opportunity to use the working trip also for a reconnaissance trip and to better understand the land of Israel, the project is called “working holidays" operated. You work 5 days a week from 8am to 1.30pm, leaving plenty of time for the endless attractions. The juxtaposition of the great religions and cultures, the constant search for one‘s own identity, their orthodox excesses and on the other the commitment to a modern society make this visit an exciting experience. Debby and Michelle are available with great expertise and patience to plan trips to religious sites and modern port cities or to the Palestinian territories. At the same time, DVI will provide a generous flat for the duration of the assignment (at least one week). 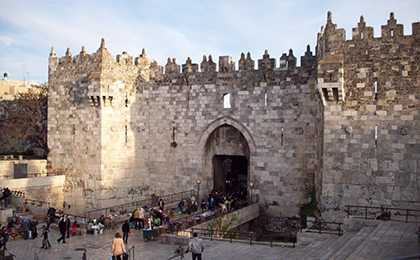 The greatest satisfaction in this work was the gratitude of the children and their parents. Here it became very clear that one can do good with the limited resources. Inside the clinic, Muslims and Jews were very relaxed about each other, which suggests that most Jews and Muslims want to live side by side, at least in peace. Nevertheless, I was advised not to go alone in the Muslim quarter of Jerusalem as a European, I should also avoid the occupied West Bank. From conversations with the assistants, who actually had any members of the army, it became clear that the entire Israeli population was involved in the war. The basic tenor was that Hamas had gone too far and now should finally be put off with the threat. Nevertheless, everyone agreed that the war could not lead to the end and resolution of the conflict.

Michelle will visit Cologne for IDS in March this year to promote DVI. A stand was provided where interested dentists and sponsors can find out more about the organization and the Trudi Birger Clinic.

DVI (Dental Volunteers for Israel) at a glance: