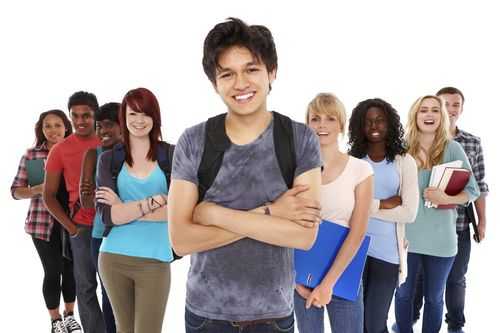 We recognize that 2004 is a remarkable year for the working children’s movement in South and Central Asia, as well as strengthening the international movement of working children. In tackling the issue of Child Labor, we are increasingly taking the lead through series of meetings and discussions at national and international levels.

Bangladesh, India, Nepal, Pakistan, Sri Lanka and Tajikistan are now represented in this meeting. Though our friends from the movement in Afghanistan and Mongolia could not join the meeting.

Sri Lanka and Tajikistan have joined our Asian Movement making even stronger.

As a result of 3 days of discussions and interactions, we have strengthened our Asian movement, with a special focus on South and Central Asia.

We have identified challenges that form our hurdles, and the opportunities that can be used to move forward. So we have discussed ways to overcome our difficulties.

We believe we can face our challenges collectively with the strength of our past experiences and our united efforts. This has come to an enormous opportunity for us to share and learn how to confront the issues.

Kathmandu 25th -27th August 2005 declare the following resolutions that are agreed upon by the undersigned children’s representatives.

We think it is bad to eliminate child labor without appropriate alternative. Eliminating child labor completely. At the same time children involved in hazardous work like drug dealing, trafficking, pornography, prostitution, smuggling and children in armed conflict should be rescued and rehabilitated with proper alternative options as soon as possible. There should be defined laws and regulations should determine the timeframe for work-which should be protected by law.

Respectfully, paid work with minimum wage; and standard and equal opportunity of quality education without discrimination. However, we should not accept the most hazardous forms of work which is detrimental to our survival and development.

We recognize that it is not good quality education, violence and humiliation at school.

We recognized that the South and Central Asian Children common problems in our living and working children in this region have both good and bad experiences in our lives.

Amongst the good things that it brings to us is our livelihood and survival needs; and meet health support for self and family. Sometimes the work we do gives the skills and training. By working to learn to cope with the challenges and hostility. Work so gives us self dignity, feelings of solidarity, pride in resolving some of our family problems, for example, repayment of loans taken by our parents.

At the same time we find many painful experiences which are common to all working children in South and Central Asia. Shared some of those experiences. Many people are involved in hazardous work, many of them are at risk of meeting serious accidents and amputations. Because sometimes it brings more money to meet our extreme poverty and other times because no other options are available. Working children all over South and Central Asia are more exposed to abuse and abuse by adult employers. Street children face typical street hazards like being at the risk of false accusation of theft. Employers never look at the cause why children have to work. On top of this, economic exploitation; discrimination including gender discrimination; physical, sexual and mental torture and exploitation; and feelings of insecurity are common in South and Central Asia.

Although there are laws and acts on children and children in South and Central Asia, these are not always congenial towards children. We are never consulted while formulating laws and policies. In particular, children from the so-called ‘untouchable’ caste and ‘indigenous’ groups who comprise the majority of children, face extreme discrimination.

The laws are not clear to the uneducated community and some members of the law are not aware of the law.

However, in the given scenario we have the history of the movement and getting organized by ourselves in South and Central Asia. Some of the movements in South and Central Asian countries have become integral to the process of developing the children’s own movement throughout the world. Movements like Bhima Sangha, Bal Mazdoor Union, National Movement of Working Children in India, National Forum of Working Children in Nepal, National Forum of working Children in Bangladesh, PRWSWO in Pakistan, and National Working Children‘s Forum in Sri Lanka have been effective influencing the formulation of laws and policies. They have influenced and contributed effectively to generating like minded movements in other countries. Working children are getting organized in the regions.

We have been revisiting the history of the International Movements, so we have learned about the background and processes that started in Kundapur which has come to Kathmandu. We pay our solidarity to that long journey. We therefore share the values ​​and principles of working children’s movements in which working children themselves are taking the lead and are committed to continue to be a part of them.

When we are back and we want to help other children to form their organizations, we want to make our national movements even stronger.

Children Coming from Other Organizations:

At the national level:

At the Regional / international level:

At the International Level: