The Bernese Senn has developed into a fashion dog. This may be because this originally used mainly as herding dog helper is a very beautiful animal of balanced physique and attractive long coat. 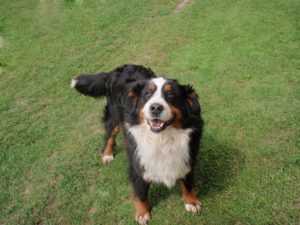 The future dog owner should not only be carried away by the beauty of the outside, to buy a dog puppy. Rather, he should appreciate the intrinsic values ​​of this breed, which is very related to humans.

It is therefore important to integrate a Bernese Kennel puppy into the family right from the start, so that his positive genetic systems do not wither away. Many dog ​​books point out that the majestic dog is suitable for beginners. This may be because he is very meek. Bear in mind, however, that at a maximum weight of a full-grown dog of 50 kilograms, this statement can relativize something, if parenting mistakes were made.

Before you let yourself be enchanted by the heartbreakingly cute puppy puppies at the dog breeder, you should also have a look at the adult mother. You should be sure that you do not feel permanently constricted next to such a large animal at home. 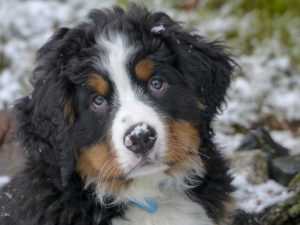 The price of a Berneseennen puppy is approximately between 1000 and 1800 euros. Surely you will get cheaper offers on the Internet, in various magazines and newspapers, even on motorway service areas. But if you buy your Berneseennen puppy, you should choose a reputable breeder, so that you can make sure that your new family member is a pleasant and already from childhood positive dog.

This is the only way to ensure that the dog puppies have been able to enjoy the nest heat of the mother pack for at least 8 weeks and that profit alone does not count. That’s the only way you can be sure that you will buy a Bernersennen puppy without behavioral problems. Due to an uncontrolled breeding, hereditary diseases and weaknesses of the species can unfortunately occur in this dog breed.

If you want to spend less, you may want to buy dog ​​pups that have an irregular coat pattern. These are often delivered cheaper.

With a Bernersennen puppy you buy a dog breed with tradition 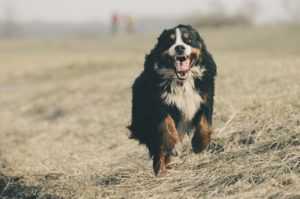 The ancestors of the Bernese mountain dog are Swiss peasant breeds, which were found in the Bernese Mittelland, in the foothills of the Emmental and in the Black Forest. They served as watchdogs, drovers and as pulling dogs of milk churns and cheese products. In the 19th century it was still not a classified breed. Racial standards were known only from abroad.

Originally called the Bernese mountain dog Dürrbächler, as there were three-colored dogs in the place Dürrbach, which were bred there by the local host himself. In 1907, four of these Dürrbächler dogs were exhibited for the first time at an international dog show in Lucerne. In the following 20 years, breed characteristics and characteristics of these animals were determined for future breeding.

The Swiss Mountain Dogs can be divided into four sub-races: Large Sennenhunde, Appenzeller, Berner and Entlebucher.

What character will the dog puppy develop?? 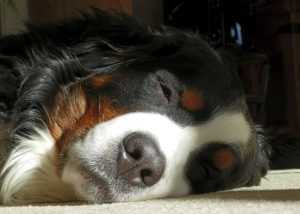 Of course, before you buy a Bernersennen puppy, you want to know if its character is compatible with your needs.

Since he was a working dog by nature, the Swiss dairymen paid attention to a balanced nature of the dog. These alpine farmers had to work hard and therefore needed reliable, fearless and docile animals without behavioral problems. Therefore, they put a lot of importance on the breed, that the dogs were vigilant, did not stray around and not tended to poaching. In addition, the good nature of this dog was in the foreground at Alpbauern, to ensure that he got along well with the other animals in the yard.

Because of these characteristics, you probably opt for a puppy, who in the future is also excellent as a family dog: Because he is very affectionate, sensitive and affectionate to children. However, keep in mind that you should not let toddlers play unattended with a dog. Although he is friendly to strangers, he does not necessarily show much interest in them. 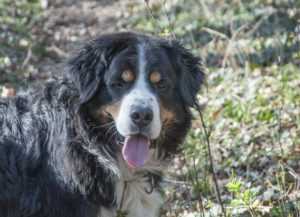 Due to their friendly nature and their tolerance some Bernersennen puppies will eventually be suitable as a therapy dog. Unfortunately, this suitability can not be determined if you buy the Bernersennen puppy, because only after the end of the adolescence can a valid character check be made.

Especially males defend their territory very consistently. It is known that they let unknown persons into the house, but then stand between the stranger and the front door, so that does not come out again.

The education of the dog puppy 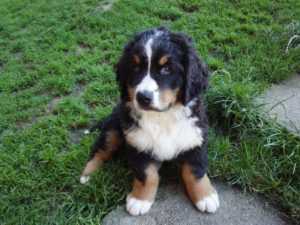 Before you buy your Berneseennen puppy, he has developed in his nursery a certain bite inhibition in dealing with his siblings, the dog mother and probably already with the breeder. When dealing with people, it is important to refine this bite inhibition. If Bernersennen puppies bite too eagerly in the game, it is sufficient to make a lamentation, so that the puppy babies notice how far they are allowed to go. Bernersennen puppies learn fast and are very adaptable.

In a good puppy play hour and on walks the dog puppy learns from the eighth week to the sixteenth week the most important social game rules.

It is not advisable to punish the Bernersennen puppy in case of misconduct or enforce commands with pressure. It makes much more sense if you “Sitz” say, if the puppies are about to sit down anyway. Afterwards one should not forget an extensive praise. So the Bernersennen puppies will connect with the time your language with the desired action. That’s how easy it is.

If dog puppies are to learn to listen to their name, it is not recommended to use it in the context of negative experiences. So do not say “Bello no!” When he’s about to chew your shoes. A simple “no” or “off” is enough here. If you only use the name of the puppy dog ​​in a positive context, he will gladly come to you later on demand.

The typical appearance of a Berneseennen puppy 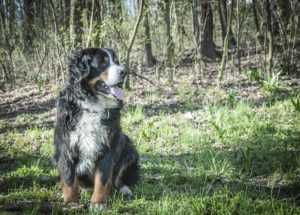 The Bernersennen dog’s long and lush coat is either slightly wavy or smooth and always tricolor: the basic color is black with a brown-red band and white markings on the head, chest and paws. There are differences in the drawing. His physique is well-proportioned and with no strong deviation from the normal form of a dog.

With their beautiful drawing, the laughing face, their friendly appearance and the fluffy fur Bernersenner look like living teddy bears – especially as puppies. 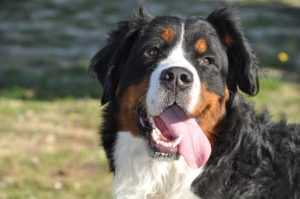 If you buy a dog puppy, please keep in mind that the sturdy-looking dog likes to be out in the open and will love long walks later, but that he is not a companion for fast-moving sports. Incidentally, due to his body mass and his long coat, he also tolerates heat only very badly.

Despite its long coat no overly elaborate care is to be expected. The use of comb and brush is sufficient. But if the twice-a-year change of coat is in the house, you have to expect that your new family member will run out of tufts of hair. If you are a cleanliness fanatic, you have to practice something in tolerance.

Grooming is important because you can also check your dog for skin changes and tick infestation during weekly brushing. During trips during the tick time you should brush out the fur after each walk, in order to possibly free it from the unwelcome parasites.

A claw care is usually not necessary if the dog not only runs on soft ground. If the claws are still too long, please let the veterinarian or where you buy the dog puppy, show how to cut claws, because with the most black toenails you can not see the underlying blood vessels. 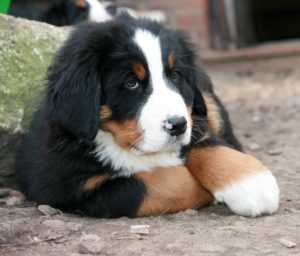 Regularly check the lop-ear of your pet for brown earwax and rub it off with a damp cloth. With an increased violent ear shaking a trip to the veterinarian is necessary.

The teeth are kept healthy either by means of a chewing bone or a dried rawhide. When you buy puppies from Bernersennen, you can let them show you how to control their teeth. If you get your Bernersennen puppies from childhood to it, he will tolerate regular examinations in adulthood.

If you buy your Bernernsennen puppies from a reputable breeder, the risk of a later illness is lower. For such breeders have their dog puppies x-rayed after the fourteenth week and since 1976 may only use animals for breeding, which show no signs of hip dysplasia (HD) or elbow dysplasia. Since the dog breed shows a certain predisposition for this malformation of the joints, it is endeavored to counteract this phenomenon in breeding and they are no longer among the HD-endangered breeds, according to the University Hospital Zurich.

To prevent joint diseases, the Bernersennen puppy should be careful not to over-exert himself. Therefore, guide him slowly to the steps. Especially in the first two years of life you should attach importance to a proper diet. Even in his youth, overwork should be avoided.

In addition, Bernersenner are somewhat susceptible to tumor diseases. To mention would be the histiocytic sarcoma, a dreaded cancer that also occurs in other breeds.

If you have decided to buy a Bernese Kennel puppy, then it is certainly because you appreciate the family sense of this breed. But even before you buy your dog puppy, you should be aware of what happens to him when you go on vacation: Is he allowed or do you have a solid caregiver to look after him??

In addition, not too many stairs should lead to your apartment. This could harm the dog in the long run. In addition, your dog puppy will someday become a weighty senior, whom you will not be able to carry when you experience old age.