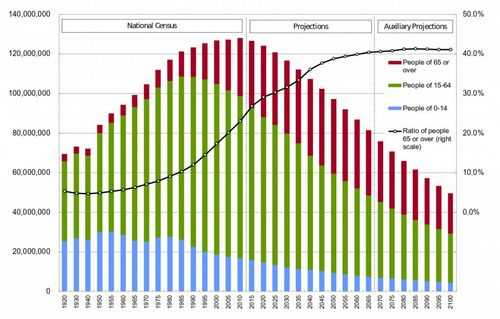 With the help of large population studies and statistical methods, epidemiology investigates the influence of genetic and molecular markers as well as environmental and lifestyle factors on the development, progression and consequences of diseases. Two examples of large-scale population studies, including the clinical picture diabetes to look into, are the KORA study (Cooperative Health Research in the Augsburg region) of the Helmholtz Zentrum München and the EPIC study (European Prospective Investigation Into Cancer and Nutrition) of the German Institute for Nutrition in Potsdam.

Here you can learn more about

Epidemiology deals with the prevalence and causes of diseases such as diabetes in different populations.

Targets of population studies on diabetes

In the face of the excessive increase in diabetes, epidemiological research also seeks to elucidate the natural course of the disease and identify genes and environmental factors that both positively and negatively affect the onset of diabetes. For the development of preventive measures, answering these questions is of crucial importance.

In addition, scientists are looking for markers for the early diagnosis of Type 1 Diabetes and develop treatment strategies and models for predicting type 1 diabetes (using gene and antibody diagnostics) to find the appropriate “target group” for therapies.

At the same time, preventive studies are already being carried out in the various stages of disease development in order to prevent the development of Islet autoimmunity prevent the progression of diabetes and restore beta cell function.

In modern centers, scientists are studying thousands of samples from population studies to identify possible causes of diabetes.

To study the importance of environmental factors and genetic factors in the development of diabetes as well as markers for the early detection of diabetes, researchers use modern methods of clinical diagnostics, genomics, metabolomics, microbiome analysis, gene expression analysis and nutrigenomics to evaluate their population studies. These techniques apply the scientists to the various follow-up observational studies.

Metabolomik examines the metabolic profile (= metabolome) of a human. This profile adapts to the respective life circumstances. It provides information about which metabolic pathways are active at a given time and under certain conditions. This requires large analysis platforms such as the genome analysis center at Helmholtz Zentrum München.

The combination of genetics and metabolomics also provides insights into the causes and course of certain diseases. Thus, new therapeutic approaches and drugs can be developed, but also markers for the early detection of type 1 diabetes can be found.

The microbiome includes all microorganisms in the intestine and plays an important role in digestion and immune defense. Because in the intestine lies much of the human immune system. Researchers from the US have shown that people with Type 1 Diabetes as well as children with island autoimmunity have a modified microbiome. Several follow-up studies investigate the impact of the microbiome on the development of islet autoimmunity and type 1 diabetes.

The National Cohort
In the focus of the largest German population study, the National cohort (NAKO), are common diseases, including type 2 diabetes. As a long-term study with a planned duration of 20 to 30 years, the National Cohort is run by a network of German research institutions from the Helmholtz Association, the universities and the Leibniz Association. The central questions NAKO addresses are: who gets sick or why healthy and what factors play a role – the environment or the genes, the social environment, the workplace or the diet? For this purpose, 200,000 randomly selected citizens aged 20 to 69 will be comprehensively examined medically and questioned about their habits at a total of 18 study centers throughout Germany.
The NAKO was launched in 2013, and all participants will receive a basic examination by 2018, followed by a follow-up study by 2022 with the same research program. Every two to three years questionnaires will be sent additionally.

Further population studies on type 2 diabetes: KORA and EPIC, LISA and GINI
Several centers are dedicated to epidemiological research related to diabetes. Researchers at the Helmholtz Zentrum München, for example, use the data from a large population study, the KORA study, as well as the data and samples from two population studies with children, LISA and GINI, for the importance of lifestyle and environmental factors, genetic predisposition and metabolism (molecular markers) Type 2 diabetes and obesity to investigate. For this they use modern methods of clinical diagnostics, genomics, proteomics and metabolomics. In addition, epigenomics investigates how internal and external environmental influences can control the genome. Epigenetic research provides evidence for developmental processes in cells and organs and provides information about the causes of disease.

Scientist of the German Diabetes Center in Dusseldorf, their population studies also deal with the risk factors of diabetes. In terms of type 2 diabetes, it is also about the incidence and number of new cases of type 2 diabetes, prediabetes and Metabolic syndrome in the elderly population. The unreported number is relatively high. Such a procedure requires a representative population sample.

Risk markers for type 2 diabetes, heart attack and stroke
The EPIC-Potsdam study The goal of the German Institute for Nutrition Research (DIfE) in Potsdam is to investigate the influence of diet on the development of chronic diseases such as type 2 diabetes. For example, in the context of the EPIC study, scientists have found that, in the presence of fatty liver, the protein Fetuin-A circulates in the blood in high concentrations, regardless of the presence of abdominal fat. Fetuin-A inhibits the action of insulin and contributes to insulin resistance. In addition, it increases the tumor necrosis factor alpha (TNF alpha), which has an inflammatory effect on the blood vessels.

People who have high fetuin A levels are about three to four times more likely to develop a stroke or heart attack as a result of diabetes. If further studies confirm the importance of fetuin-A, it could be used in diabetics as a risk marker in preventive care.

Studies with children and adolescents
Data of the KIGGS study The Robert Koch Institute shows that already 15 percent of 3- to 17-year-old children and adolescents are overweight, in 6.3 percent of this age group is already one obesity in front. Children are increasingly developing type 2 diabetes or mixed forms of type 1 and type 2 diabetes. The exact diagnosis is made difficult. Since type 1 and type 2 diabetes are treated differently, optimal therapy can only be carried out by means of a clear diagnosis and subsequent diseases of the diabetes can be delayed or prevented.

DiMelli study – A diabetes registry in Bavaria
To investigate spatial and temporal distribution patterns Type 1 Diabetes makes use of the epidemiological research of a population-based diabetes incidence registry existing since the early 1990s as part of the Europe-wide cooperation project EURODIAB ACE and the worldwide DIAMOND project. For Germany, there is no single type 1 diabetes registry, but there are national registers such as DiMelli in Bavaria.

The Bavaria DiMelli diabetic registry records patients from Bavaria who are younger than 20 years and have been suffering from diabetes for less than six months. Physicians fill out a structured questionnaire with patients to collect demographic and diabetes-related information. In addition, the patient is once blood taken. In the blood, diabetes-associated autoantibodies that indicate type 1 diabetes are being studied. In addition, the determination of immune markers, which indicate a gluten intolerance (celiac disease) or thyroid disease, as these two diseases are often associated with type 1 diabetes. An early diagnosis is important to treat hypothyroidism or initiate a gluten-free diet in celiac disease in a timely manner. In addition, lipid metabolism parameters, the HbA1c value (“blood glucose memory value”) and c-peptide / insulin levels are examined, which provide information about the patient’s remaining own betacell and thus insulin reserve. In addition, there is an analysis of type 1 and type 2 specific genes.

The study is supported by the Federal Ministry of Education and Research (BMBF) and the German Center for Diabetes Research (DZD).

First results on diabetes in children and adolescents in Bavaria
Every year about 200 to 250 patients are included in the DiMelli study. A first-year evaluation showed that 84 percent of patients had multiple autoantibodies associated with type 1 diabetes, making Type 1 diabetes the most common diabetes in this age group. At four percent lacked these autoantibodies, consistent with the diagnosis of a Type 2 diabetes or MODY diabetes (Maturity onset often he young). At 12 percent, no autoantibodies were detected, suggesting an intermediate form.

The distribution in the different age groups shows that type 1 diabetes decreases proportionately with increasing age and other forms increase accordingly. This is certainly explained by the increasing obesity starting from puberty.
The c-peptide levels were significantly lower in infants than in adolescents. This suggests that in infants, there is usually an absolute insulin deficiency, while in older children / adolescents there is often an additional insulin resistance.

The first results of the study show that the DiMelli study enables an intensive characterization of diabetes diseases in childhood and adolescence. This should help to better assess the contribution of genetic factors and environmental factors to this disease.

Type 1 diabetes studies: BABYDIAB, TEDDY and TEENDIAB
BABYDIAB is the world’s first follow-up study, which since 1989 has observed more than 1,650 children of parents with type 1 diabetes nationwide from birth to over 26 years.

The BABYDIAB study provided fundamental insights into the genesis of islet autoimmunity and Type 1 Diabetes be won. The findings indicate that in addition to genetic factors, environmental factors that affect children in the first years of life may be the trigger for the autoimmune process.

Based on these results, various new studies were launched, such as the international one TEDDY study (The Environmental Determinants of Diabetes in the Young). She investigates the influence of environmental factors in early childhood such as diet and childhood diseases as well as genetic factors on the development of islet autoimmunity and type 1 diabetes. More than 8,000 children undergo a follow-up visit during TEDDY until the age of 15.

However, in the group of patients with first onset during puberty, the numbers are also increasing sharply. There is still very little data available worldwide over this age range. Because of this, the TEENDIAB study brought to life. The TEENDIAB study will enroll 1,500 children between the ages of six and ten, including one family member (mother, father or sibling) with type 1 diabetes.

On 1 January 2015 launched the Fr1da study in Bavaria: “recognize type 1 diabetes early – treat well early”. As part of this pilot project, which is unique in Germany, all children in Bavaria between the ages of two and five are offered free admission to an early-detection type 1 diabetes study. The aim of this study is to diagnose type 1 diabetes at a preclinical stage and to treat affected children and families in a training and prevention program to ensure optimal treatment at the time of clinical manifestation and to prevent serious metabolic imbalances.

The number of people receiving their diabetes diagnosis during puberty is rising sharply.